After the first and second phase of voting in UP, the fight now moves to the third phase in the Yadav dominated belt. Here are 5 seats which are going for an intense battle in the region.

Uttar Pradesh (UP) votes for the crucial Phase 3 on February 20, 2022. This phase is also important for Akhilesh Yadav's SP, given its dismal performance in 2017 on its own turf. The 59 seats spread across 16 districts have around 30 seats which were once the stronghold of the Samajwadi Party (SP). But the party fared the worst in 2017, getting only 6 out of 30 seats in the Yadav-dominated belt.

BJP scored victory in 90% of the seats in this region in 2017. It clinched 49 seats while SP had to settle for only 8. Mayawati’s Bahujan Samaj Party (BSP) won only one seat.

While the BJP seeks to retain the seats which it won comprehensively in 2017, the SP battles hard to regain the lost ground in its own backyard. The BSP is also trying hard to make it a three-pronged contest. 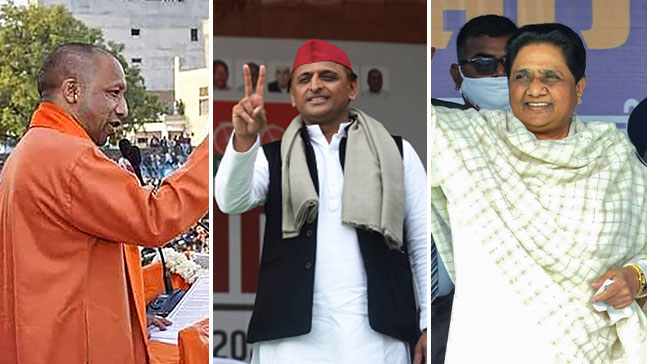 Bahujan Samaj Party (BSP) leader Mayawati unfolded a reworked startegy for the third phase in Lucknow yesterday. According to a Times of India report, Mayawati had news of good voting for BSP in the first and second phase. Hence, the BSP leader changed the strategy in the run-up to third phase. In such a scenario, the contest is down to a bitter fight in a three-way battle.

Phase 3 also marks the entry of Akhilesh Yadav from the Karhal seat. While there have been a number of defections from SP and BJP, there are some interesting seats to watch out for in this phase of the UP Assembly Elections 2022.

Here are 5 interesting seats to watch out for in 2022. 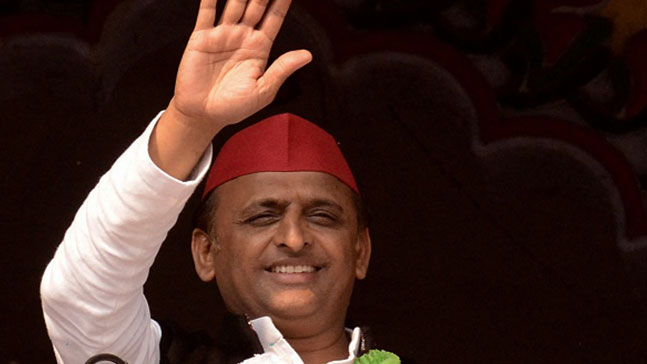 The most interesting battle in the third phase is the one in Karhal, an Assembly seat in Mainpuri district. The game in Karhal is old wine in a new bottle. It is a tale of old rivalry being reignited politically. SP leader Akhilesh Yadav is up against Union minister Satya Pal Singh Baghel, a former Mulayam Singh Yadav loyal.

Baghel was made an MoS in the Central Cabinet in the Modi government after he won the Agra Reserved seat in 2019 Lok Sabha elections. In 2017, he was the OBC chief of the party in the run-up to the elections. He is an OBC candidate from the Gadaria caste who has a strong influence in the Firozabad and Agra belt.

The Karhal seat has around 1.4 lakh Yadav voters, along with a huge chunk of SC voters. The strategy of the BJP is to consolidate the non-Yadav vote along with the consolidation of the SC vote, which will dent the prospects of Akhilesh in Karhal. By fielding the Union Cabinet minister against SP Chief and former UP CM Akhilesh Yadav, the BJP is also sending a message across that the battle in Karhal will not be a cakewalk for Akhilesh.

Akhilesh Yadav hasn't campaigned in Karhal, saying that he is assured of a victory from the seat. His uncle Shivpal campaigned for him a few days ago though.

On the other hand, Baghel has been campaigning relentlessly in Karhal.

On Tuesday, his convoy was attacked, allegedly by SP workers, while he was going from Kabrai village to Karhal. After the incident, Baghel said, ”I am fighting this family for the fourth time and I have not given up.” Following the incident, Baghel was given a Z+ security cover for the rest of the campaign.

We will see if Akhilesh manages to score his first goal comprehensively or will Baghel spoil the game on the SP leader's Yadav turf.

The fight in Kasganj, a small town in West-Central UP is interesting becuase it is said that the party who wins the Kasganj seat also forms the government in the state. Facts also corroborate this. Out of 17 times, Kasganj has rightly predicted the CM 14 times.

Though strange, this is the unique history of the Kasganj seat which goes to polls on February 20, in Phase 3 of the UP Elections.

The battle in Kasganj will also be important because of the communal violence that occured in the city on January 26, 2018.

SP candidate Manpal Singh, 85, contends that there is a huge resentment against the BJP this time. He said that a noticeable wave of SP is evident this time.The BJP has again fielded the incumbent legislator Devendra Singh Rajput against Manpal Singh from Kasganj. Sirsaganj is a fight to watch out for this time because SP patriarch Mulayam Singh Yadav’s distant relative Hari Om Yadav has been pitched by the BJP in the constituency. He won the seat twice in 2012 and 2017 on an SP ticket. But he switched to the BJP on January 12, 2022. Hari Om Yadav was expelled by SP’s Ram Gopal Yadav in February 2021 for six years on disciplinary issues.

In 2017, it was only Hari Om Yadav who won a constituency for the SP out of the five in Firozabad. Hari Om Yadav won Sirsaganj. The other four: Tundla (SC), Jasrana, Firozabad and Shikohabad were swept by the BJP. Yadav’s individual charisma in the Firozabad belt speaks volumes. Not only in Firozabad, he also has considerable influence in Saifai and Etawa.

Against him in Sirsaganj is SP’s Sarvesh Singh and BSP’s Pankaj Mishra. BSP had earlier given a ticket to Raghvendra Singh but withdrew it on January 30, 2022. The party decided to play its bet on a Brahmin face, Pankaj Mishra.

While Hari Om Yadav was in SP, he shared a bitter relation with Ram Gopal Yadav. He was close to Shivpal Singh Yadav. In the Zila Panchayat elections in the district, there were allegations against him for helping BJP’s Harshita Singh defeat the SP candidate. It was said that Yadav, along with his wife, son, and six others, got the votes against the SP candidate.

Will Hari Om Yadav win it for the third time in 2022, or will SP’s Sarvesh Singh win the battle? A lot of it depends on BSP’s Pankaj Mishra, who the party found the right choice as per the feedback from the region.

The Sadabad Assembly seat is another debated seat in the UP Assembly Elections 2022. It is one of the three constituencies in the Hathras district.

The former minister, however, has skipped campaigning due to poor health. Instead, his family members have been campaigning for him in Sadabad. Apart from winning Sadabad, Upadhyaya has also won the Sikandra Rao and Hathras seats earlier.

Against him in Sadabad are SP-RLD’s Guddu Chaudhary and BSP’s Avin Sharma. Avin Sharma, while campaigning, was booked by police for violating Covid protocols. In Sadabad, Upadhyaya’s prospects are also dependent on whether the BSP will cut his votes or the people will depose their faith in SP-RLD's Chaudhary this time.

The contest in Hathras will be a close fight for the SP which has been raking up the Hathras rape. In his campaigns, Akhilesh Yadav has been directly attacking the BJP over the Hathras issue.

In 2017 UP elections, BJP’s Hari Shankar Mahor defeated BSP’s Braj Mohan Rahi by more than 70,661 votes. The seat being a reserved one is a major draw for the BSP too. SP has never won the seat.

But in 2022, SP has roped in Braj Mohan for the seat and has fielded him as the paty's candidate in Hathras. This was to pull the SC votes, which are in abundance in the region. Braj Mohan has also been campaigning extensively in the constitutency.

On February 10, Mohan and his supporters were also seen violating Covid protocols during the campaign.

Against Braj Mohan, the BJP has fielded Dalit candidate Anjula Mahor, who is the former mayor of Agra and also the co-incharge of women’s morcha of UP BJP. She was also the Hathras district BJP Chief earlier.

Moreover, with Braj Mohan defecting to the SP, BSP has given a ticket to Sanjiv Kumar Kaka.

On March 10, it will be interesting to see if the SP manages to garner the SC votes on its side by having a Dalit candidate, or BSP’s Sanjiv Kumar pulls in the votes; or if it will be a triple contest with BJP's Mahor winning the Hathras seat.