The second phase of polling in UP kicked off on February 14,2022. As many as 55 seats are in a tight contest, here are 5 seats which attracts many eyeballs. Why?

The voting for the second phase of UP Assembly Elections 2022 started today, February 14, at 7 am. The second phase has voting in 55 seats, with 586 candidates contesting. Nearly 2.02 crore people are expected to vote. Till 1 pm, 39.07% voter turnout was recorded.

The second phase is a closely watched contest because the voting is in the Muslim dominated belt which includes Rampur, Bijnor, Moradabad, Badaun and Sambhal. Six districts of this belt has Muslim population of around 34.5-50%. The number also goes up to 65-70% in some districts.

Also, the dominant castes like Brahmins and Vaishyas have huge influence in some seats. Jats and Dalits too have a sizeable presence in the region. 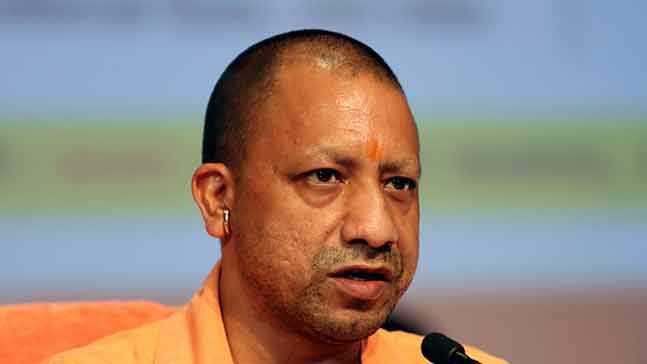 CM Yogi Adityanath’s clarification on his alleged 80 vs 20 statement also came in this morning as the second phase of polling kicked off. He clarified that the statement was not in the context of religion and it was against 80% people who support the BJP and 20% who don't. The clarification is being seen as an attempt to assuage the Muslim voters before the polling.

The battle in the second phase is crucial because it has prominent candidates in the fight, like jailed Samajwadi Party (SP) MP Azam Khan, State Finance Minister Suresh Khanna, and OBC leader Dharam Singh Saini.

Here are 5 candidates from the second phase of polling who will see a close fight in 2022: 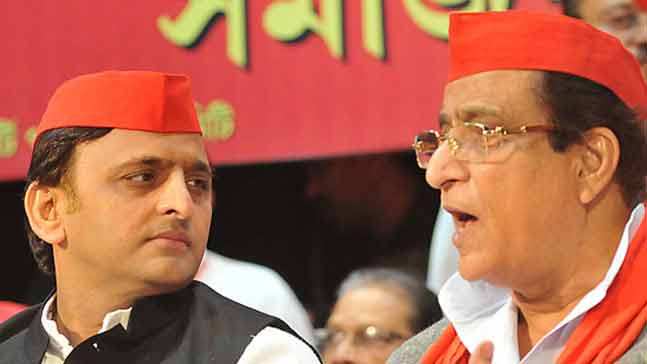 There’s a famous phrase, ”Hasrat-e-Lucknow, Basrat-e-Kanpur, Surmaii hai Bareli, Katilana hai Rampur." In Rampur, the decade-old rivalry between the Nawabs and jailed sitting MP Azam Khan is katilana in the real sense of the term. The fight has now taken a political turn. The contest has become a three-way fight with the entry of BJP candidate Akash Saxena, another staunch Azam critic in Rampur.

This time, the fight in Rampur will be a fight of prestige for the jailed MP Azam Khan, who has been behind bars for the past 2 years now. His son, Abdullah Azam, who was out on bail recently, has taken over the reins of party campaigning. His ambitions got a further boost from former UP Chief Minister Akhilesh Yadav who was campaigning for Azam and Abdullah on Friday.

Azam Khan has been a winning candidate from this seat since 1980. He has won the seat nine times in a row. Since he vacated the seat in 2019 when he became an MP from Rampur, the seat was won by Azam’s wife Tazeen Fatma by a narrow margin.

To defeat Azam in Rampur, Congress has fielded a Nawab family offspring, Kazim Ali Khan alias Naved Miyan, son of former MP Begum Noor Bano. Kazim and Azam’s rivalry is decades old, where the Nawab family alleges a tyrant’s (Azam's) rule in Rampur. Azam, on the other hand, has called out the Nawabs for being utterly arrogant and self-centred, who treated the common man as beggars. Rampur has around 70 per cent muslim population. The Congress is trying to cash in on the anti-Azam votes.

The BJP jumped into the fight to pull in the consolidated non-Muslim votes. In 2019, Tazeen Fatma won by a narrow margin of 7,727 votes. The nearest candidate Bharat Bhushan got 71,327 votes while Tazeem Fatima got 79,043 votes.

The exodus of the three OBC faces of the BJP was a big jolt to the saffron party given that it would cost the party the backward caste votes.

Saini is contesting from the Nakur constituency of the Saharanpur district. The belt is a Muslim-dominated seat, which was won by Saini in 2017 who contested on a BJP ticket. Saini defeated his nearest rival, Congress candidate Imran Masood, by around 4,000 votes. Masood who was denied a ticket by SP this time has however decided to lend support to Saini. He joined SP on January 11, 2022 after quitting Congress.

Saini is a 4-time MLA who was with the Bahujan Samaj Party (BSP) from 2002-2016. In the run-up to 2017 Assembly Elections, he had joined the BJP and won the Nakur Assembly seat. This time, he is representing the same seat against a BJP candidate, Mukesh Chaudhary. Mukesh was once a close aide of Imran Masood. He recently defected to the BJP. The BJP gave him a ticket knowing his influence in the seat, given that he is a member of the Zila Panchayat.

The Shahjahanpur seat is headed for a hot contest between UP Finance Minister Suresh Khanna and SP’s Tanveer Khan.Tanveer is the Chief of the District SP unit and has considerable influence on the Muslim votes. Khanna, on the other hand, is looking for his ninth straight win from the seat. He has been winning the seat since 1989.

But the district has a sizeable number of Sikh voters and the perceived anti-farmer stance of the BJP in the last couple of months might create dfficulty for BJP here. Moreover, the mowing down of four farmers in Lakhimpur Kheri in October 2021 can also dampen the votes. To combat this, Suresh Khanna carefully organised campaigns in the strongholds of SP and BSP.

Nevertheless, the BJP reposed its faith in the senior minister. To fuel his winning prospects, senior party leaders like Home Minister Amit Shah, BJP President JP Nadda, Defence Minister Rajnath Singh and CM Yogi Adityanath campaigned for him in the constituency. The region is also important for the BJP because it won five out of six assembly seats of Shahjahanpur in 2017. In 2012, the party won only Shahjahanpur.

BJP might also benefit from the Brahmin votes of Jitin Prasad, an SP leader who switched to the BJP in June last year. 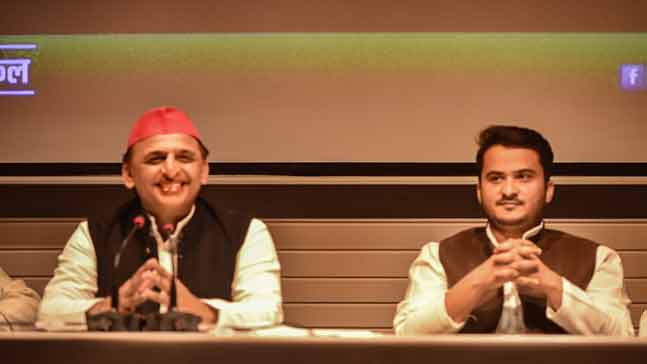 Abdullah Azam Khan is pitted against the Nawab family grandson, Nawab Haider Ali Khan alias Hamza Miyan, in the Suar constituency in Rampur. In 2017, Abdullah defeated Haider’s father Kazim Ali Khan and stopped his winning chariot on the seat. Kazim had been winning the seat since 2002. But Kazim didn’t stop after losing and filed a number of cases against Khan’s legitimacy as a candidate in UP elections 2017. The Allahabad High Court in 2019 declared his legislative assembly membership as null and void. Abdullah had to bite the dust.

In 2022, Kazim Ali Khan moved to Rampur to challenge Azam Khan, Abdullah’s father, and has fielded his son against Abdullah Khan.

Suar Tanda is primarily a Muslim-dominated seat. Though Rampur was a strong bastion of Azam, Suar was always a strong seat for the Nawabs of Rampur. It was only in 2017 that Azam managed to get his son to win the seat. Also, this time Haider Ali Khan has been fielded by Union Minister Anupriya Patel’s Apna Dal (S), which is an ally of the BJP. Haider was earlier given a ticket by the Congress but he switched to the Apna Dal.

In 2017, Apna Dal (S) contested on 11 seats and won 9. Apna Dal, which is a Kurmi-based outfit, also tends to pull the OBC vote for Haider along with the Muslim vote.

With Azam Khan in Jail, and Abdullah alone, this Suar Tanda contest will be an interesting one to watch out for. Akhilesh Yadav during his campaign called Abdullah his “brother”, who he said was harassed along with his family by the ruling dispensation. He appealed to the voters to help Abdullah in his fight against the oppressors.

The Bareilly Cantonment (Cantt) seat is seeing a strong contest this time, given that SP has fielded former mayor of Bareilly, Supriya Aron. Supriya was given a ticket by the Congress from this seat, but at the last moment, she switched to the SP. On January 22, 2022, she joined the SP in the presence of SP leader Akhilesh Yadav.

Supriya’s contest is also strong because of her Vaishya caste. The seat is said to be of much significance for the community. BJP candidate Sanjiv Agarwal too is from the Vaishya caste. Interestingly, the BJP has dropped its sitting MLA Rajesh Agarwal, who won the seat in 2017 and 2012.

In the UP Assembly Elections 2022, while the BJP seems to be on the backfoot due to anti-incumbency and rising inflation in the state, the SP is cashing in on the influence of Aron in the seat. Supriya’s husband Praveen Singh is a former MP from the district and has also once won the Bareilly Cantt seat. Their local influence among the voters can be a winning factor for the SP from here.

The rest March 10 will tell.