It’s hardly a coincidence that we are hearing and reading reports of an 18-year-old Muslim boy, Zakir Ali Tyagi, being locked up in an Uttar Pradesh jail for 42 days because of a few “galat” Facebook posts, and the imminent revival of the dreaded Section 66A of the Information Technology Act 2000, in a newer, deadlier format.

The simultaneity of the developments is a sign that we need to join the dots quickly and see how a resurrected Section 66A, brought back to life like the Frankenstein’s monster, will be a tool in the hands of those in power to check free expression of those at the receiving end of it.

The Telegraph  reported on October 11 that the Muslim teenager was arrested for a “Facebook wisecrack” on the Uttarakhand High Court ruling on river Ganga, giving it a “living person’s entity”, which the SC had stayed, and sharing a few posts from Urdu press outlets questioning UP chief minister Yogi Adityanath’s temple politics in the state.

Zakir Ali Tyagi had joked if criminal charges would be pressed against Ganga if someone drowned in it. He had put up the picture of a murdered police officer investigating a case in Dadri as his profile picture. The Telegraph reported “sedition charges were allegedly added after he received bail”. 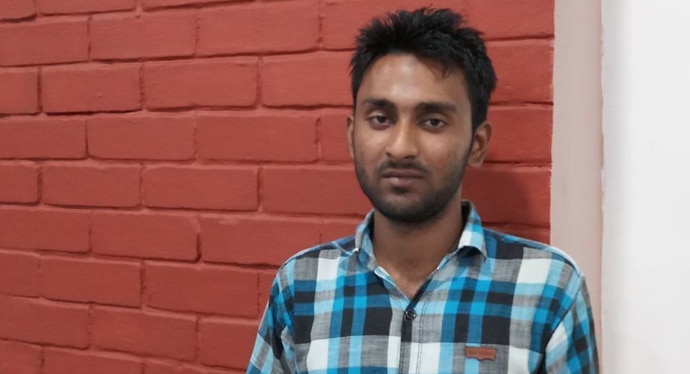 But the premise of the arrest, the harassment and torture (he was severely beaten up by a cop in plain clothes, kept with hardened criminals) of the youth was the “galat” social media post. And the FIR reportedly “alleges violation of Section 66 of the IT Act, which deals with hacking and prescribes three years in jail”.

This incident came to light when Tyagi was brought to speak at the Press Club of India by the recently formed Bhim Army Defence Committee, which is pursuing legal justice for Dalits, minorities and other vulnerable groups who don’t have the wherewithal to fight behemoths of institutional oppression.

Ghosts of Section 66A

Meanwhile, the Indian Express has reported that an expert committee constituted in 2015 after the “draconian” Section 66A of the IT Act was struck down in March that year – famously known as the "Shreya Singhal versus Union of India" case – has submitted its report, with recommendations to amend the Indian Penal Code, Code of Criminal Procedure and the IT Act, so that “stringent provisions specifying punishment” can be introduced to “deal with cases of hate speech and use of cyberspace to spread hatred and incitement”.

While they are not calling for a re-introduction of Section 66A itself, the TK Viswanathan Committee has suggested amendments to IPC Section 153, Section 505A, CrPC 1973, and to Section 78 of IT Act to allow a police officer (recommends specially recruited ones to handle cyber crimes) to investigate any offence under this Act.

When Section 66A of IT Act was struck down in March 2015, it was a historic decision in keeping with our digital times, when expression and speech rely mostly on online communication, and written texts, posts, videos, images, memes, graphics, etc, form a substantial part of our daily interaction with each other and the world at large. In the judgment, justices Rohinton Fali Nariman and J Chamleswar had underlined the “vagueness” of the offence, such as causing “inconvenience, danger, obstruction and insult”, and that they do not constitute the exceptions to freedom of speech granted by Article 19 of the Indian Constitution.

As the case of Zakir Ali Tyagi demonstrated, or the famous example of Shaheen Dada, whose Facebook post on the late Shiv Sena leader Bal Thackeray’s state funeral, made the party lodge a complaint against her under Section 66A. West Bengal CM Mamata Banerjee has notoriously jailed an academic and cartoonist who lampooned her. The shadow of Section 66A is one of the worst burdens of the UPA 2 era, and the online policing of free speech and suspending Twitter accounts of the then highly critical journalists, was a sign that authoritarianism was creeping into the then ruling Congress government.

Problems with the recommendations

The Internet Freedom Foundation has made available the recommendations of the TK Vishwanathan Committee, and has also put forward a host of questions/criticisms for this regurgitation of the dead and buried Section 66A. While the digital activists of the IFF have expressed concerns that the Committee’s work remained “opaque” and “did not invite any inputs or public comment”, it was also “illustrative of a wider landscape in which technology policy in India is being determined without involving public policy, tech experts or civil society organisations”.

What this means is that the process of formulating the recommendations by the expert committee itself has been thoroughly undemocratic, and without wider public participation. This is the classic technocratic push by the government, in which technology tweaks are seen as solutions to wider sociopolitical problems, much like saying the leaky, privacy nightmare that is Aadhaar is the panacea for the government’s policy shortcomings.

While hate speech and online abuse is indeed a huge problem that has spread its ominous wings and clouded the fundamentally democratic nature of social media, creating a one-size-fit-all online speech policing law will only exuberate the situation. As senior journalist Swati Chaturvedi has amply demonstrated in her book I Am A Troll, the organised hate machinery of industrial trolling and abuse directed at secular, liberal and women journalists, writers, actors and public figures, isn’t about wayward individuals digitally assaulting their targets, but a concerted attempt to coerce and silence the critics by intimidating them with swarms of menacing threats.

How can a law that targets individual actions isolated from sociopolitical context, insensitive to power structures, tone-deaf to the manner in which the abuses are issued online, often in a bunch, protect victims of the vicious campaign? Most of the handles that issue rape and death threats against journalists happen to be anonymous, and are difficult to track down.

In addition, as the case of Zakir Tyagi, Shaheen Dada, or that of the Muslim man arrested for receiving an “anti-national” WhatApp message in Chennai, prove beyond a shred of doubt, online policing of speech and resurrecting the outlawed Section 66A in a new avatar, have consequences that will be grave for those already at the receiving end of power structures.

Targeting of Dalits, Muslims and other religious minorities, atheists, seculars, liberals, establishment critics, journalists, cartoonists, editors, investigative reporters, or simply citizens speaking their minds on social media – will become more rampant than it’s already, because it would have a legal backing in the amended acts and laws.

What’s the legislative guidance and premise of vague phrases such as “grossly offensive” and “highly disparaging”?

At a time when fake news is rampant and photoshopped images are planted even in government websites, Twitter posts, in addition to the organised and gargantuan social media machinery to brainwash citizens into believing in the false dichotomy of national versus antinational, what’s the guarantee that the proposed amendment to Section 153 C of the IPC to include “spoken or written words, signs, visible representation, information, audio, video, or combination of both, transmitted, retransmitted through any telecommunication service, device or computer resource” would not become a tool to harass and further intimidate the critics of the government?

What’s the guarantee that the proposed amendment to Section 505A, which recommends punishment of one year jail time and/or Rs 5,000 fine – for “causing fear, alarm or provocation of violence” on “grounds of religion, race, caste, community, gender, sexual orientation, place of birth, residence, language, disability or tribe” – would not be used against Dalit activists and anti-Hindutva writers, rationalists, scientists, atheists, Ambedkarites, among others, to discredit their scholarship, intimidate and harass them?

Criticism of religious fundamentalism, particularly Hindutva in India, is “grossly offensive” to the Sangh Parivar, and with its affiliate the BJP at the helm, it’s a tinderbox of institutional harassments waiting to happen, in case the amendments are seen through despite the definite opposition from civil society groups.

In March this year, the then Urban development minister and now the vice-president of India, Venkaiah M Naidu, said the Modi government was planning to make sedition law, itself a colonial era relic which must be done away with immediately, more potent. Naidu’s words that the government was thinking of strengthening the sedition law, which would outlaw even political sloganeering and demands of freedom and justice, were extremely ominous, to say the least.

In the digital era, when most communication happens to be online, or is repeated in one or many networked platform, the possibility of reconfiguration of extant and extinct laws that together make freedom of speech a jaundiced shadow of its once former self, is a terrible prospect.

As this report from last year shows comprehensively, the cops themselves have little or no idea which laws have been struck down, and several arrests continued to happen under Section 66A of IT Act, even after it was invalidated.

With ignorance and arrogance working in tandem, any revival of/along the lines of Section 66A, will be a terrible display of undemocratic impulses and authoritarian hubris on the part of the government and its interpreters of maladies.