Bulandshahr shows how India is doing exactly what its enemies want

India is poised to take a stride onto the world stage. The only thing holding it back is India itself.

What happened in Bulandshahr is not uncommon in UP. Has never been.

Home to some of the stupidest religious nuts, the northern plain, pejoratively called the 'cow belt', has been a tinderbox for centuries. The cradle of Ganga-Jamuni tehzeeb has lived on in spite of the fanatic streak, the asinine obsession with the divine and the bovine. 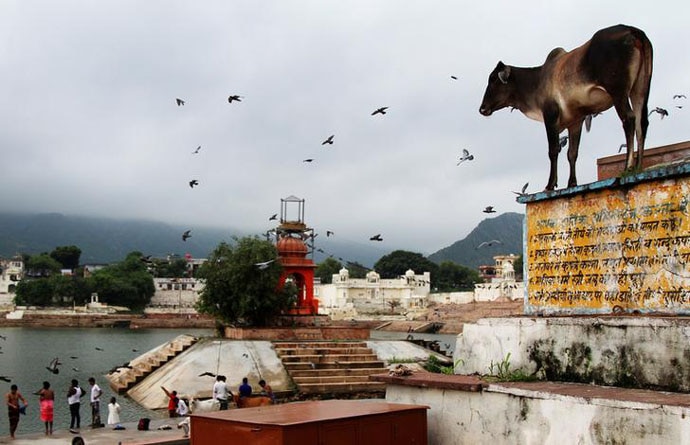 Ganga-Jamuni tehzeeb, along with a fascination for the bovine. (Photo: Reuters)

Sparking a religious fire is easy and the method medieval. Throw a dead cow or its parts in a temple or a pig or pig’s parts into a mosque complex. Lo and behold. People will be baying for the blood of the other people. Our overpopulated towns are so unthinking, this has been repeating year after year for centuries.

The British learnt about this tool with some difficulty — but used it to their advantage till the last one left us. The people who fought for the Brits, in this part of the country, mutinied over beef and pork traces in bullets. The colonisers ate both beef and pork and loved the low-cost, low-risk Hindu-Muslim divisive tool. Mr Guile, Meat Mr Gullible!

They kept Indians divided in two groups and most of the North Indian cities have lived on the edge forever. Don’t let the stories of harmony fool you. The harmony was forced by necessity and dependence on each other. Their co-existence taught them a few things — 'tolerance' being the top takeaway. 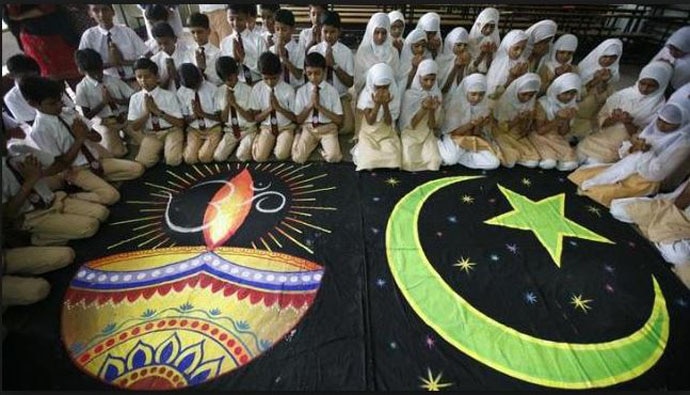 We live together. We 'tolerate' each other. Is that the best we can do? (Photo: Reuters)

'Tolerance' is a much-touted word in liberal circles as a virtue. People don’t really care that the beloved buzzword is disgusting from the t. There’s no love left in tolerance. It means tolerating something in spite of you know what. If 'tolerance' is the best we can do, we are in trouble.

The Partition made sure the two-nation-theory-lovers found their Pakistan, made for Muslims. The two-nation-theory-lovers of the Hindu kind woke up in a country that wasn’t for Hindus. In exchange, North India received Punjabis, newly displaced and nursing a feeling of persecution. Largely, Indians remained Indians. India remained India, if you don’t count the minor riots here and there, and some major ones thrown in.

UP remained UP. Uttar Pradesh, not United Provinces. But same same. Independence and education was supposed to free minds. But an education system, compromised by spurious ideologies and managed by corrupt pen-pushers, did not deliver. The literacy rate shot up though. We had more people literate enough to be able to read — and not educated enough to think on their own. For decades, political expediency ensured the communal divide was kept in check. Now, political expediency demands a communal divide. And politics has it on a platter. There are organisations devoted to creating trouble and keeping social tension at an optimal level. Revolutionary social media tools like WhatsApp have made their lives easier. What took days to simmer now takes hours to trigger.

The big election is not really far.

The results for five state elections are around the corner.

These results could decide which side enters 2019 with swollen chests. The pride-pushers fear a public snub may shrink the acquired halo.

That means polarisation needs to be sharper. Bulandshahr suddenly exploded in fury. It could have taken hours, not days, to light the flame. (Photo: PTI)

Just a last point. India is poised for a big leap on the world stage. There is nothing stopping India — unless India stops itself.

Her enemies have lost in conventional wars. In the age of influencing elections and hacking minds, they have a huge chink in the Indian armour to exploit. That gap is social chasm. Imagine, keeping India busy sorting its own mess, instead of establishing its economic and geo-political leadership cred on the world stage.

That’s what the enemy wants. Inside and outside.

#Communal Violence, #Subodh kumar singh, #UP, #Bulandshahr violence
The views and opinions expressed in this article are those of the authors and do not necessarily reflect the official policy or position of DailyO.in or the India Today Group. The writers are solely responsible for any claims arising out of the contents of this article.