Donald Trump's US presidency was inevitable: 10 reasons why

In India, too, Narendra Modi and Arvind Kejriwal are outsiders who won big.

If you’re surprised at the results of the US elections that led to Republican Donald Trump getting elected US President then you’ve probably been taking the foreign mainstream media, liberals and intellectuals too seriously.

Trump was always the favourite to beat Democrat Hillary Clinton, but the above group had their heads firmly in the sand and told us otherwise.

Here’s looking at the reasons why Trump was always ahead…

Trump hater and filmmaker Michael Moore said that there was a way to hate Hillary, vote for her and continue hating her. US President Barack Obama said that you did not have to be “inspired” while voting for Hillary.

US vice president Joe Biden addressed the crowd saying that even if they weren’t fond of Hillary, they should vote for her anyway. Hillary called Obamacare Hillarycare and then her husband former president Bill Clinton called it “crazy”.

If this is what your staunchest supporters and inner circle think of you, then what hope is there for the average voter who has to be made enthusiastic to support Hillary? The truth is that Hillary is hated and uncharismatic and such leaders will always struggle to win national battles.

2. It is the anti-incumbency stupid

Franklin D Roosevelt won his fourth successive term during World War 2 and the Democrats have never won three straight Presidential races after that. The Republicans did though (1980, 1984 and 1988).

So you need something really special to buck that kind of anti-incumbency. And what have we got? A failed Obama presidency! Why? Take a look at the facts for yourself…

Obamacare is in the doldrums. The Middle East is in ruins. WikiLeaks has destroyed the reputation of the Obama administration.The Democratic National Committee quit in disgrace midway during the campaign. The anti-incumbency was so strong that all the Republican candidate had to do was milk that cow and Trump did it quite well.

In a democracy he who has the most offline listeners and online followers shall win. How difficult is that to understand? Trump is way ahead of Hillary if you combine Twitter followers and Facebook likes. The online engagement factor for Trump’s posts is high and Hillary’s is low.

Offline, thousands of supporters would come for Trump’s rallies, some would stand in the line in the night and some turned back due to them being house full. Hillary in contrast would only get hundreds.

In fact to rectify that she got Jennifer Lopez, Katy Perry and Lady Gaga to boost the numbers towards the end. Trump is by far the most popular leader of America and Hillary may not even be second!

Trump talked of keeping Mexicans and European Muslims out. But they don’t form part of the vote bank now, do they? Trump never insulted American voters and kept pleading with them to the very end.

Hillary, on the other hand, insulted Americans left right and centre. She called Trump supporters racists and bigots and then came that disgraceful “basket of deplorables” speech. She made fun of the supporters of her chief Democratic rival Bernie Sanders and called them “basement dwellers”.

Imagine making fun of both Republican and Democratic supporters. What a suicidal strategy. You cannot make fun of the very people that support you. Trump learnt that lesson well. Hillary didn’t.

The Democratic campaign was a disaster from the beginning to the end. The battle with Sanders was really ugly and the DNC resigned after the WikiLeaks scam. Hillary’s coronation at the convention was a disaster with dissenting slogans, people shouting and thousands walking out in protest.

A wall was built both outside and inside when the Hillary coronation was going on. All the Democratic squabbles came out in the open. The media focused on the rift between Trump and the Republican voters, but the voters were firmly behind him.

The media focused on most Democratic leaders rallying behind Hillary, but more importantly her voters were not behind her. That proved the key in the end. 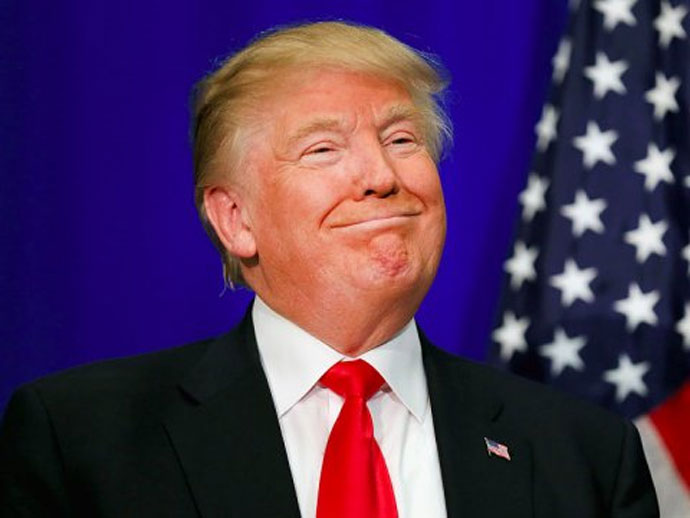 6. The appeal of the outsider.

The outsider or maverick will always have an appeal in politics. In 2000, Bill-Hill and vice president Al Gore were part of the ruling troika. Outsider and no-hoper George W Bush ran away with the prize. In 2008 Obama was the outsider.

In India, too, Narendra Modi and Arvind Kejriwal are outsiders who won big. And who is a bigger outsider than Trump? When things go well, voters go conservative. When things are not going well, they pick the outsider.

And all polls showed that Americans were not satisfied with the way the country was shaping up in the Obama term.

Americans keep getting scared of this or that and it. First it was Communism and then it was terrorism. The European refugee/migrant crisis is playing on everybody’s mind and Trump played up to those fears and Hillary brushed them aside.

While Trump talked of bringing back jobs and factories to industrial ghost towns, Bill talked of filling them up with Syrian refugees. You don’t have to be a rocket scientist to figure out who the residents of those towns voted for.

The media plus intellectuals plus liberals plus Leftists have always dictated the terms of the debate. They have built politicians out of scratch and destroyed established leaders. But now they are being rubbished by social media and their influence is waning.

People are proving them wrong again and again. In the last few years whoever they have attacked have defied odds and won: Modi, David Cameron and Benjamin Netanyahu are some examples. The #Brexit slap was the loudest.

Now add Trump to that list. It seems most of the people simply vote against what the media tells them!

The amount of revelations that came out of this was simply mindboggling. It was a virtual tsunami of scams. Syria. The Clinton Foundation. #DNCLeaks. John Podesta revelations. CNN-debate rigging.

Phew! It was a scam a day towards the end and it’s a wonder how Hillary managed to compete at all.

10. The absoluteHillary meltdown towards the end

What happened to Hillary at the end? She kept taking breaks off the campaign, collapsed during a 9/11 ceremony and kept losing her cool. She suddenly snapped and asked why she wasn’t 50 points ahead in one speech and in one she just took off on one spectator.

In the end she totally stopped talking about policies and started to virulently attacked Trump even though Trump started talking of concrete plans if he became President (not picked up by the media though!) Her campaign looked really desperate at the end and maybe they knew they were losing.

One of the first prominent persons who predicted a Trump landslide was Dilbert cartoon creator Scott Adams. His combined talks and blogs on why Trump would win could probably fill a book.

“Would you prefer seeing Bill and Hillary Clinton decompose in front of your eyes for eight years, or watch the Trump family develop their dynasty? Entertainment-wise, that’s no contest. And people usually vote for entertainment over policy. They just don’t realise it!”

So get ready for the entertainment of your lives, live from the White House!

#Hillary Clinton, #Donald Trump, #US Presidential Elections
The views and opinions expressed in this article are those of the authors and do not necessarily reflect the official policy or position of DailyO.in or the India Today Group. The writers are solely responsible for any claims arising out of the contents of this article.