Is the US Supreme Court planning to ban abortions?

Protests have gripped the United States over a leaked Supreme Court draft document. The document pertains to the SC Justices’ opinion to strike down decades-old right to abortion law.

This doesn’t stop even when they grow into adults. For the society, women can’t be sexually active, seek out bodily pleasures and still be moral. Because it’s a man’s field to play. Now, in the US, the flag-bearing country of all things liberal, a near half-century-old right to abortion law might be overturned. 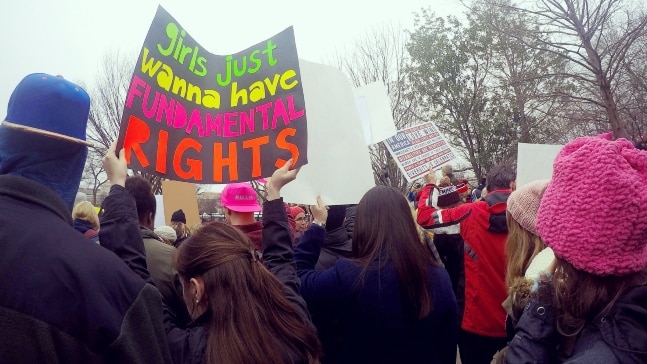 American media outlet Politico, on Monday, May 2, blew the lid on the US Supreme Court Justices’ opinion on a major case –Roe vs Wade abortion right. According to a leaked draft opinion document circulated in the US Supreme Court, written by Justice Samuel Alito, there is an internal majority to overturn the Roe vs Wade law which has given abortion rights to women since 1973.

Department of Homeland Security showed up to the abortion rally in DTLA to harass and assault protesters #abolishpolice pic.twitter.com/YJuPW8mYZ0

“Roe was egregiously wrong from the start. Its reasoning was exceptionally weak, and the decision has had damaging consequences. And far from bringing about a national settlement of the abortion issue, Roe and Casey have enflamed debate and deepened division,” Justice Alito wrote in the 98-page leaked draft.

The US Supreme Court has already confirmed that the leaked documents are authentic. However, such a leak in an important SC case is unheard of in modern US history. And the US Chief Justice John Roberts has ordered an investigation into what he termed was a 'breach of trust’.

Five people are going to unilaterally end abortion rights for tens of millions of people. This is "democracy."

Context: The US has been debating abortion rights for well over a year now. Last year, US state Mississippi outlawed all abortions in the state after 15 weeks, except in cases where a mother’s life is in danger. Several other states like Arizona followed the suit. It primarily pertains to the arguments between those who are anti-abortion and those who are pro-abortion.

Conservatives and Christian religious bodies have largely supported the 'pro-life' argument, which puts the right to a woman’s body and womb after as soon as 6 weeks of pregnancy in the hands of the state. The argument claims that the unborn fetus has a right to life and a woman carrying the fetus cannot take the decision to terminate the life.

"I've noticed that everybody that is for abortion has already been born."pic.twitter.com/beX9zCkgkW

Liberals have largely argued for abortion rights saying that a woman’s body can’t be subject to the state’s decision. They also argue for women’s bodily autonomy, health and freedom, as restricted access to abortions would curb a woman’s sexual activity and also put the sole responsibility of the act and the pregnancy on a woman.

One historian of abortion argues that abortion stays at pretty much the same rate per capita over time whether it's legal or banned. What changes when you make it illegal is how many women die from it.

WHAT DOES THE LEAKED DOCUMENT MEAN?

The leaked document has far-flung consequences in the US.

1. The US Supreme Court is made up of 9 members. Five of them, including Justice Alito, who authored the leaked document, are conservatives in favour of overturning the right to abortion rules. Three other Justices appointed by Democrats are still preparing for their dissent. While Chief Justice John Roberts’ vote is crucial to the case, the conservatives still enjoy a majority.

2. It suggests that the Supreme Court favours overturning the 1973's landmark Roe vs Wade ruling and also the 1992 Planned Parenthood vs Casey case. These two cases federally protected American women’s abortion rights till the time of viability. Viability is the time after which the fetus can survive outside of the womb, which is often after 7 months.

3. Overturning the law would strip millions of American women from access to safe abortion procedures. It would also mean that states would be free to implement their own abortion policies. It is assumed that nearly half of the US states or about 22 of them, mostly Republican governed states, would ban abortions.

A party that takes away abortion rights but refuses to provide support for pregnant women who need help with medical care including birth expenses, housing, food, child care & schooling, employment, etc, is most definitely not pro-life.

4. Currently, the Mississippi law that began the whole debate anew bans abortions after 15 weeks, too soon from the viability period. However, some states like Oklahoma, have even just now, signed a bill banning abortions after only 6 weeks. Most women don’t even realise being pregnant till 6 weeks. Some states also have something called trigger laws in place, which would implement the ban just weeks after the SC ruling takes place.

5. If the Roe vs Wade and Planned Parenthood vs Casey cases are overturned, there would be no exceptions even in cases of rape or incest.

6. US President Joe Biden voiced concerns that overturning the Roe vs Wade rule may have a domino effect on other rulings pertaining to personal liberty including same-sex marriage. He also said that Congress would be ready if and when the moment comes when the ruling is overturned.

My statement on the reported Supreme Court decision draft. pic.twitter.com/Kt3bP0kzqU

WHAT DOES THE LEAK SAY ABOUT SCOTUS?

The New York Times reported that the leak itself tells a lot about the Supreme Court of the US.

1. Politico’s sources who leaked the document likely have their own motives.

2. The source that leaked the document is either a conservative or a liberal, no one knows yet. The nine Justices in the US SC. Photo: Fred Schilling, Collection of the Supreme Court of the United States

3. The leak shows that the US SC is in a form of disarray, marred by distrust, suspicion and speculations.

4. It needs to be noted that in modern history, a US Supreme Court internal document has never been leaked to the press, that too in a major case like the abortion right one.

As the world strives to move forward and become more progressive, it seems like the US is set on undoing its own progress of decades. If abortions are indeed banned, then in some states, the penalty for rape would be far less than the penalty for abortion.

#Ussupremecourt, #Politico, #Usabortionrights, #Unitedstates
The views and opinions expressed in this article are those of the authors and do not necessarily reflect the official policy or position of DailyO.in or the India Today Group. The writers are solely responsible for any claims arising out of the contents of this article.