How America is hastily exiting Afghanistan, leaving it to the the Taliban, China and Pakistan

US special envoy to Kabul, Zalmay Khalilzad, after six days of talks with the Taliban, declared that the key to peace lies with Kabul. Vice Presidential candidate and former intelligence chief Amarullah Saleh's tweet is an apt answer to Khalilzad's declaration and spells out the truth, without mincing words.

The key to the problem is the shadow of Rawalpindi over the talks.

The desperate need to withdraw the troops within a year has emboldened the Taliban to virtually dictate terms to the US.

The fresh round of talks between the Taliban and US special envoy Khalilzad in Qatar also resulted in the Taliban agreeing to an Intra Afghan dialogue and not a dialogue with the Afghan government — while the US agreed to the Taliban demand of withdrawing all foreign forces. 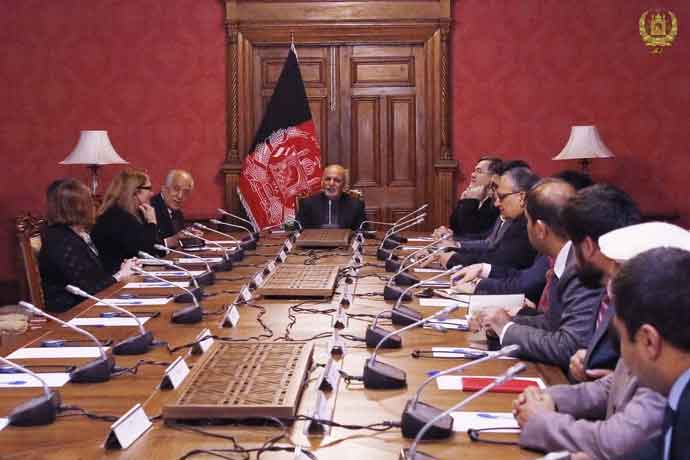 Khalilzad's use of the term Taliban-intra Afghan dialogue and not Taliban-National unity Government (NUG) dialogue bears witness to the Taliban supremacy.

It also signifies a major concession to the Taliban. During the six days of talks with the Taliban, they were urged to enter into direct negotiations with the Ashraf Ghani government. But they held their ground.

According to former CIA official Bruce Riedel, the deal to pull out of Afghanistan would empower Al Qaeda as they have fought together with the Taliban for 17 years.

The promise of not having any tie with Al Qaeda is as hollow as it can gets. Does anybody ask the question about Al Qaeda number two Al Zawahiri? He is on the US most wanted list and carries a bounty of 25 million dollars.

Riedel recently told Newsweek magazine in an interview that Zawahiri, like Osama Bin Laden, is in Pakistan's safe custody. His hideout points to the port town of Karachi. The fact is, Al Qaeda and the Taliban both have the same connection through the GHQ (General Headquarters of the Pakistan Army).

Hence the question, is Pakistan dictating terms to the US?

The Taliban appears to be Pakistan's proxy, promoting the strategic interest of Islamabad even in negotiations. The Taliban are ethnically not all Pashtuns — there are lots of Pakistanis too in their ranks.

The Unites States President Donald Trump initially pressurised Pakistan to close Taliban safe havens and tried to compel it to negotiate with the National Unity Government (NUG) of Afghanistan. But Trump's Twitter threats proved hollow as they were not followed by concrete steps. 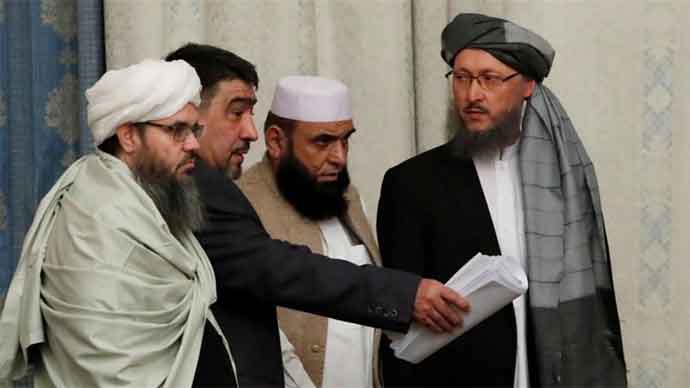 The Taliban appears to be Pakistan's proxy, promoting Islamabad's interests even in negotiations. (File: Sergei Karpukhin/Reuters)

Four months ago, Trump abandoned the bluster, and conceded to the Taliban's demand for direct negotiations. Reports indicate that the US has agreed to key Taliban demands for withdrawal of foreign forces and withdrawal of any support to TTP and Baloch rebels.

The Taliban in the past too have refused to negotiate directly with Kabul — a stand that does not appear to have changed.

They seem to be gaining in strength and now hold sway over nearly half the country. While the talks were on in Qatar, the attacks continued here in Afghanistan week after week. Even during this entire talk, the Afghan government has been literally kept out of the whole process.

The US Special Envoy has only briefed the Afghan government about the talks which is not the same as consulting or gaining approval of the government. The Taliban has maintained that it will only talk to the government which is formed after the US troops leave. And the US is, in a way, agreeing to the Taliban demand and by doing so, delegitimising the very government it claims to support. This clearly shows that the US is negotiating from a position of weakness after more than a decade of fighting the Taliban — and the Taliban has only been strengthened in its rigidity.

Most Afghanistan watchers and former US diplomats view this as America desperately seeking a safe passage out of Afghanistan while appearing to have struck a peace deal, leaving the country safer.

Ryan Crocker, former ambassador to Afghanistan, who reopened the US embassy in Kabul after 9/11, says this peace deal is a surrender. He goes on to say that after the Taliban rule, in about ten years, the number of children attending school had increased from 9 lakhs to 80 lakhs, of which 40 percent were girls.

Now with the Taliban gaining ground and being in a strong position to dictate terms, it is like turning time back. The gains that the Afghans made in the field of women's education, freedom and other civil rights may not survive.

By leaving in haste, the US will be ceding ground to Pakistan and China.

China wants to absorb Afghanistan into the Belt and Road Initiative, Shanghai Cooperation Organisation and other China-linked economic and military pacts, so, together with Pakistan, this can dominate the region — the US exit is critical to this plan. The US appears to accept any deal to get its "boots on the ground" out of Afghanistan. (Reuters/Omar Sobhani/File Photo)

The current proposal of the Taliban -intra Afghan government does not really represent the Afghan people because it excludes the elected government from the talks. Who will be part of the intra Afghan group is still ambiguous.

If this is what the peace deal looks like after 17 long years of war against the Taliban, where the Taliban is stronger, in a position of dictating terms, holding almost 50 percent of the country and not talking to the elected government while the US gets an exit with a promise that terrorist organisations like Al Qaeda will not be allowed to use Afghan territory to harm US interests, it appears as a surrender — and a lot of false promises.

Even a flawed Afghan government will be better than the Taliban rule — but the US appears to accept any deal in a hurry to get its "boots on the ground" out of Afghanistan.

The consequences of a hasty pull-out will be rewarding Pakistan's duplicity and an oppressive Taliban regime in Kabul, Jihadi expansion in the region, including India, and facilitating China's regional aims.