[Book extract] NRI students face intense competition for the limited quota of Asian seats at the top colleges in America.

Since the 1980s, several million Indians have studied at US colleges. Over a million have stayed on in the US through employment visas and many of them have become successful as professionals and some as entrepreneurs.

They include chief executives of major US companies such as Sundar Pichai at Google, Satya Nadella at Microsoft, Shantanu Narayen at software vendor Adobe, Indra Nooyi at PepsiCo and Rakesh Sachdev of chemicals and biochemicals supplier Sigma-Aldrich.

Businesses founded or co-founded by Indians in the US include Cascade Communications, Daisy Systems, Epitome, Hotmail, Junglee, Morphotek, Solar Junction and TIBCO Software.

Some Indian entrepreneurs have become major venture capitalists. One of them is Promod Haque, an electrical engineer from Delhi University and an MBA from Northwestern University's Kellogg School of Management. 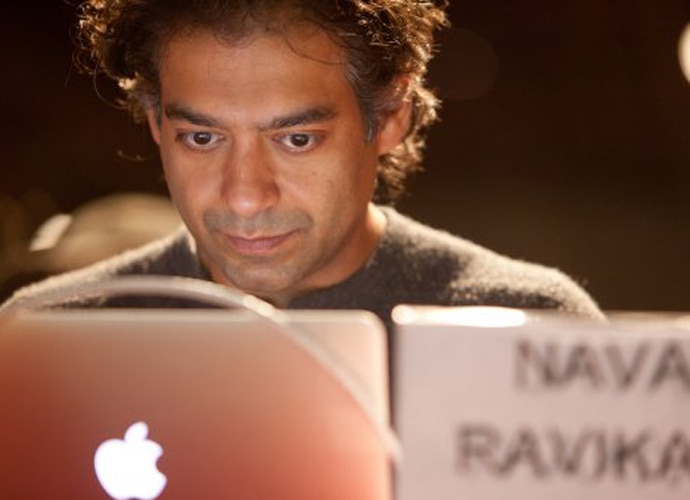 He has invested in more than 70 companies and has created over $40 billion in exit values, by companies going public or being acquired, since joining Norwest Venture Partners in 1990.

Another is Naval Ravikant, an investor in social networking ventures. He grew up with little money in Delhi and New York and washed dishes to fund himself through Dartmouth College.

He helped found successful websites epinions.com and vast.com and was an early investor in major successful start-ups Uber, Twitter and Foursquare.

Ravikant co-founded AngelList, which in 2015 enabled 441 start-ups to raise $163 million from about 3,400 investors, including major venture capital firms. "I'm always rooting for the small guy… call it growing up as a poor, fat, immigrant kid," he told The New York Times, March 7, 2011.

Vinod Khosla, an electrical engineer from the Indian Institute of Technology, Delhi, got a Masters' in biomedical engineering from Carnegie Mellon University and an MBA from Stanford University.

He was a co-founder of Sun Microsystems. He then joined the venture capital firm Kleiner Perkins Caufield & Byers where his successes include Cerent, which was sold to Cisco Systems for $7 billion, and failures include Dynabook.

He grew up "in an Indian Army household with no business or technology connections", according to the website of Khosla Ventures, which he founded.

As the above examples show, first generation Indian professionals have achieved much success in the US. But it is unclear if the next generation will be equally successful.

Many Indian Americans do not push their children to do physical tasks even at home, viewing it as low caste work to be done by servants.

Such work is the source of valuable experience and early training for several successful American executives, entrepreneurs and other high achievers.

It could be argued that a lack of exposure to minimum wage physical jobs may not matter much since professional careers and many new businesses require advanced intellectual and technical skills, which Indian parents emphasise. But the children of Indian American professionals face a major obstacle to acquiring such skills via top colleges in the US.

The number of Asian American undergraduate students admitted to Ivy League and other top colleges in the US has stayed the same for the past 20 years, despite the increasing number of qualified candidates.

Consider that Asians make up anywhere from 40 to 70 per cent of the student population at top public high schools like Stuyvesant and Bronx Science in New York City, Lowell in San Francisco and Thomas Jefferson in Alexandria, Vancouver, where admissions are largely based on exams and grades," wrote Carolyn Chen, director of the Asian American Studies Program at Northwestern University, in an article in The New York Times in December 2012 titled "Asians: Too Smart For Their Own Good?"

Yet, as Chen points out, Asian-Americans are only "12 to 18 per cent of the student body at Ivy League schools". The existence of such an unofficial maximum quota at the top colleges, referred to as the bamboo ceiling, is often missing from the discussion of the focus on education among Asian parents.

The top public - as well as private - high schools in New York, San Francisco, San Jose, Chicago and Washington DC regions have a growing and large number of Asians. So Indian American students face intense competition for the limited quota of Asian seats at the top colleges in the US. The bamboo ceiling though is not a hurdle for applicants from India. They are admitted in the category of foreign students, a much bigger pool and where the competition is mainly from Chinese students who are not as fluent in English.

So students from India have a far better chance of admission to the top US colleges than Indian American applicants, especially if they can pay the full costs or are exceptionally talented to get funding.

The fees and costs of a four year undergraduate degree from a top private college in the US currently totals around $240,000. Only the wealthy families in India can afford to pay such fees in full.

US colleges often give partial funding to talented students admitted from India. Even if colleges cover half the costs, parents have to take on loans to pay the remaining $120,000.

This amount is at least ten times the gross annual income of most senior executives in India.

So parents in India should consider taking on big loans to finance their children's education in the US only for programmes like computer science, engineering, math and science.

Such degrees could lead to high paying jobs which will make it easier to repay the loans.

In the US, if the bamboo ceiling condition is to be remedied, Indians and other Asian-Americans need to organise alumni groups, give large donations and join governing boards to lobby to expand or get rid of the Asian quotas at the top colleges in the US.

Post your comment
#Book Extract, #Start ups, #IT Industry, #NRIs
The views and opinions expressed in this article are those of the authors and do not necessarily reflect the official policy or position of DailyO.in or the India Today Group. The writers are solely responsible for any claims arising out of the contents of this article.

He is the author of Six Degrees of Education and runs Banyan Tree Capital in New York.