The BJP government will get a big shot in the arm if Mallya were to be extradited to India just before next general elections.

The increasing trend of white collar criminals first systematically looting public sector banks, then leaving the country when their misdeeds tumble out of the closet and finally making a song and dance about their "sincere" intentions to pay back the money (much less than their actual dues) when long hands of law are about to reach their necks shows that the government needs to get its act together to stay ahead in this cat and mouse game.

This is what scamster diamantaire Nirav Modi did recently. Now, another scam accused Vijay Mallya has done the same. Mallya has gone a step ahead and earlier this week made public his letters which he had written to Prime Minister Narendra Modi and finance minister Arun Jaitley on April 15, 2016, and released a long media statement to give his own version for the first time — essentially a quasi-legal and PR exercise aimed at projecting himself as more sinned against than sinning.

Following are the major points which Mallya has made:

a) I have been accused by politicians and the media alike of having stolen and run away with Rs 9,000 crore that was loaned to Kingfisher Airlines (KFA). Some of the lending banks have also labelled me a wilful defaulter.

b) The Central Bureau of Investigation (CBI) and Enforcement Directorate (ED) have filed chargesheets against me with various untenable and blatantly false allegations acting at the behest of the government and lending banks. The ED have also attached assets belonging to me, my group companies and companies owned and/or controlled by my family under the Prevention of Money Laundering Act (PMLA) currently valued at approximately Rs 13,900 crore.

c) I have become the "poster boy" of bank default and a lightning rod of public anger. I wrote letters to both the prime minister and the finance minister on April 15, 2016, and am making these letters public to put things in the right perspective. No response was received from either of them.

These two offers need to be viewed in the context of one-time settlements made between public sector banks and borrowers in the past and more recently the bank partial recoveries with significant haircuts under the Indian Insolvency and Bankruptcy Code before the National Company Law Tribunal. These two offers are part of the public record in Supreme Court proceedings. Both offers were rejected by the banks — the second revised offer was rejected outright by a junior SBI officer present in court without reference to any of the other banks.

1) Two attachments have been made of assets valued in excess of Rs 9,600 crore on the pretext that guarantors were refusing to honour their corporate/personal guarantees to repay Banks which allegedly was a fraudulent intention, and hence, all assets have been treated as "proceeds of crime".

f) Recovery of loans is a civil matter which has been criminalised in my case. The CBI and ED moving aggressively to recover bank loans is unprecedented despite my best intentions to settle with the banks. 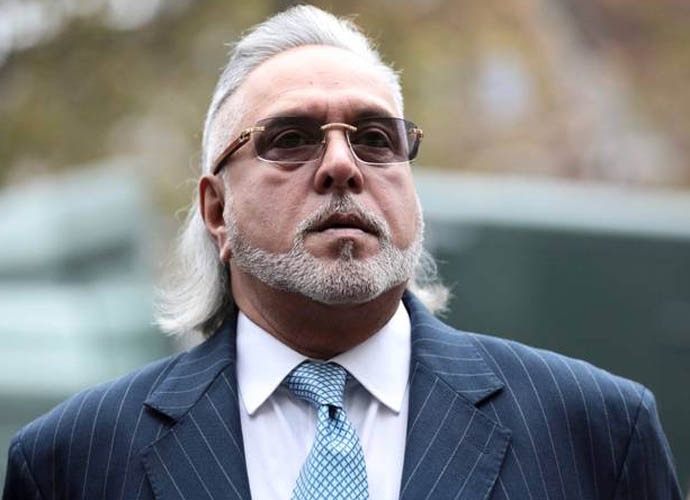 The question is why has the fugitive tycoon woken up now and reached out to the media with his side of the story? His settlement offer, which is a kind of plea bargain prevalent in the western world that doesn't have much traction in India, came a day before a special ED court was to take up a case to declare him a fugitive and allow it to confiscate his assets. There is only one credible explanation for his desperation - that he is feeling the heat and is probably getting negative vibes about his ongoing extradition proceedings in UK.

It doesn't take rocket science to understand his real motive in suddenly going on a publicity blitzkrieg - this gives him an opportunity to project to British courts that he is not a fraudster or a dishonest businessman but a failed businessman, who incurred huge losses. So, his strategy is to buck the main accusation against him of fraud and portray a positive image of himself that he made valiant attempts to repay despite a genuine business failure. Moreover, it will be difficult for the authorities to recover dues by seizing and auctioning his personal assets unless they prove charges of fraud and criminal conspiracy.

The fact of the matter is that Mallya has become a political football. The Narendra Modi government is sensing a massive political opportunity in the Mallya episode. The Modi-led BJP will get a powerful shot in the arm just before next general elections if Mallya were to be extradited to India, even if with strings attached. That's why the Modi government isn't showing any interest in Mallya's offer.

It's definitely a good idea to realise the entire dues from Mallya — not a penny less, not a penny more. Therefore, leaving out a few thousand crores of rupees to get whatever can be extracted from him may not be good politics for the BJP. But what about the judiciary? Hasn't the Supreme Court adopted different yardsticks in case of Sahara group owner Subrata Roy? Isn't it because of the fact that Roy didn't flee the country like Mallya and other white collar criminals did? Won't it encourage all such criminals in the future to do a Vijay Mallya rather than a Subrata Roy?

#Black Money, #Nirav Modi, #Mallya extradition, #Vijay Mallya
The views and opinions expressed in this article are those of the authors and do not necessarily reflect the official policy or position of DailyO.in or the India Today Group. The writers are solely responsible for any claims arising out of the contents of this article.