Let us continue our business. An old friend is worth two in the bush.

Dobro Pozhalovat’ v Goa, Vlad! Welcome to Goa, Singham. Putin sar, leave the Brics and mortar, just hire a bike and head north, and you will find yourself at home, except it’s warm and pleasant.

The warmth that you miss except when shaking hands with Monsieur Assad. Also, don’t pillion your Brics buddy Modi along because the shacks north of Morjim prefer not to serve Indians, especially Gujaratis.

They love Russians, who are here for the beaches, the people, the sights, the sound, err... who are we kidding? They are here for the temperature, room temperature. Symbolises the warmth in our relationship in the Soviet era, that you have brought back.

Well, almost. All we need now is the Donald in Oval Office. We aren’t worried because we have a Doval Office, as cold as Gary Kasparov’s heart. We can already feel the nip in the war. Winter is coming, just the right time to enjoy the warmth of Goa.

The rich Ruskies prefer the southern part with lux hotels with their private beaches. But the rich are the same all over the world. They aren’t real and they don’t want real. They like cuisine prepared by the chefs with gourmet ingredients. The average Joe, however, likes to shack his booty. With Rouble dancing at Rupee level, it makes sense.

You’ll see a lot of signs in Russian and the menu will be easy to read. They may also give you the good stuff that Russians have kept other Russians high on here since 1999. Then Israelis controlled it, Israelis sold it and Israelis consumed it.

But since the Russians have arrived on the scene, they have pushed everyone out, except say some Nigerians who cooperate by keeping themselves to the opiates like Israelis stick to the synthetics. But the good old weed and its many manifestations are a monopoly of the lovely leudi of your land.

The locals say the Russians also somehow control the East European women out to have some fun and make foreign exchange. But we are sure, the Russians just lube the trade. We have heard the stories of brown sahibs being benevolent for a small share. The state earns little because all transactions are in cash and kind. 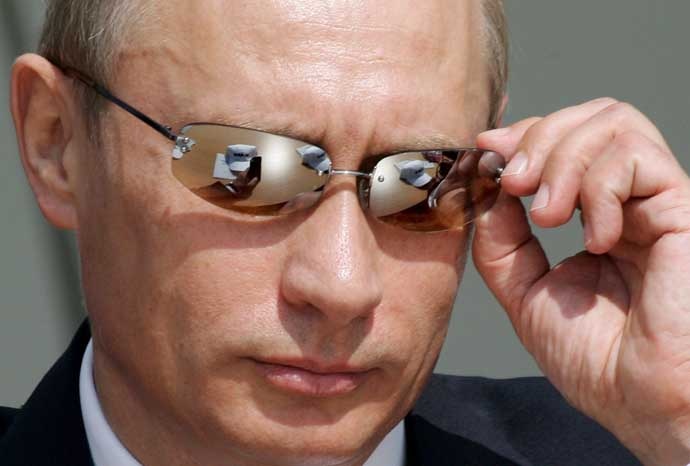 We hope you will find yourself at home in Goa, except it’s warm and pleasant. [Photo: Agencies]

In fact, when people say Russians control the tier-2 trade in Goa, they mean operational control only. It’s the Goan politicos who control Goa, tier by tier.

About a 1,000 chartered flights land in Goa in a year. More than 700 of them originate from airports in Russia. That’s the truth of our so-called world destination. You are the world, or three quarters of it.

Over 60,000 Russians land here every year, and they are served by the 500 or so Russians. Nobody gets hurt except the occasional taxi driver succumbing to a beating. But he angered the people with more vodka in their intestines than the Baga can hold.

You don’t spoil the locals, you don’t even spoil the other Caucasian people. The Russian business is between the Russians in Goa. That’s kinda kind of them. Also most Russians spend a lot of money, while only some are earning on the side.

Yes, they are often accused of wearing next to nothing. But people understand the clothes are not short, the people are big for them. Very few Indian tourists venture into the Russian enclaves anyway. It’s the other white people who get outraged.

Travel is a good thing. It opens your eyes to different cultures and lets you soak in smells other than that of vodka. We Indians carry dhokla and pickles when we travel and stick around Indians and Indian food. We have no right to complain about the Russian desire to make their little Russias in coastal lands from Pattaya to Vagator.

These other foreign tourists often go on internet chatrooms and forums to crib about Russians, about how loud and pushy they are, and of course the amount of vodka in breakfast. But they are jealous of your countrymen travelling after decades of Communist insulation in the deep freezer. Also, they address Russians as nouveau riche. To them, we say, they have money, will spend.

After all, we spend the new money on arms, choppers and weapons we buy from you. In fact, even when we were poor, we bought the war stuff from you. Let us continue that business. And as Raj Chengappa wrote in the India Today magazine a few weeks ago, an old friend is worth two in the bush. Spasibo, which we always read as cnanbo in Arambol shacks or pecTopaHt.

Also read: Why India-Russia are an ideal match for each other

Watch: Devina Gupta on why India's balancing act with Russia and China at BRICS summit matters

#India-Russia relations, #Russia, #BRICS summit Goa, #Vladimir Putin
The views and opinions expressed in this article are those of the authors and do not necessarily reflect the official policy or position of DailyO.in or the India Today Group. The writers are solely responsible for any claims arising out of the contents of this article.