When TMC is ousted from North Bengal, the hills will smile again

When power is wrested from Pishi-Bhaipo and reinstated in the hands of the common man, the hills will smile once again.

Pahar hashchhe. The hills are smiling... This was Mamata Banerjee's favourite slogan during the 2019 Lok Sabha elections. But during the reign of the TMC, have the hills really, ever, smiled?

No one is unaware of the fact that the state of West Bengal is not great. But the condition of North Bengal is deplorable. Be it the Left or the Trinamool, no one has ever spared a thought for us. We have always been neglected. This tradition of the politics of neglect has now been given an institutional makeover, the results of which the common people are compelled to bear. The leaders of Trinamool regularly say that development has reached each doorstep in North Bengal, but the reality is something else. Anyone in North Bengal can see it for themselves. 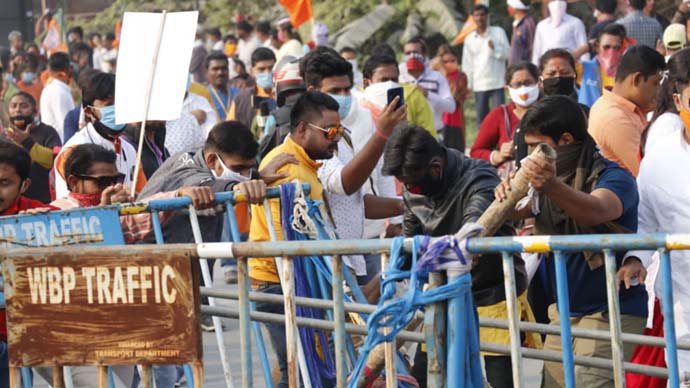 This abandonment is not new, and not only because of a pandemic. This government has not done anything to fix the broken health infrastructure of North Bengal. For four districts — Darjeeling, Cooch Behar, Jalpaiguri and Alipurduar — and 22 per cent of the population of West Bengal, only a North Bengal Medical College is hardly enough. The TMC government has painted these hospitals white and blue; renamed them 'super-speciality hospitals'. The speciality of these hospitals, till today, is that patients here die without any treatment.

The education system is in a lamentable state, with the number of unemployed people rising every single day. For this Trinamool government, however, it is hardly of any concern.

During an exceptionally tough monsoon this year, when these districts were battling floods too, the state government did nothing to allay the situation. What is this contempt for the people of North Bengal? Do the people of North Bengal not have the right to live like humans? Or is it the politics of revenge, given that these districts wiped out all trace of TMC during the 2019 Lok Sabha elections? Is it because staying in power means trampling over people with the boots of tyranny? To this government, I only have one thing to say: 2019 saw TMC halved, 2021 will see it saaf. 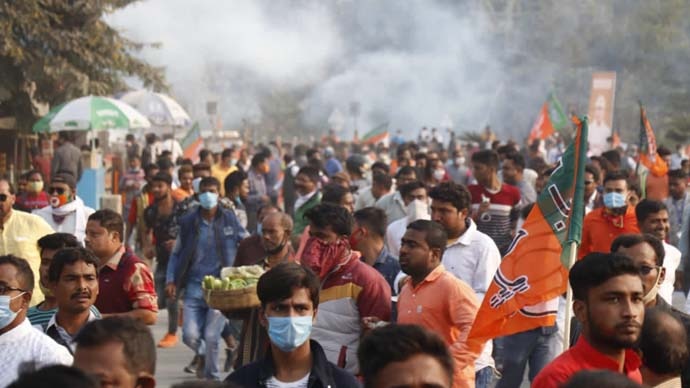 In 2011, when the Left fell after 34 years and a woman became the Chief Minister of Bengal, her supporters thought no matter what, at least this government will not leave any stone unturned in ensuring the safety of women. But has Banerjee been able to live up to that in these nine and a half years? Over these years, all Banerjee has done is use the misery of these people as a political ploy. Even half the amount of money that the TMC government received from the Centre to fight Covid has not been used for the benefit of the people.

In the past few months, the number of crimes against women in the state has risen so much that any resident of Bengal would want to hang their head in shame. But this Trinamool government is shameless. They have not said a word about the crimes against women. The Chief Minister tweets on everything domestic or the world, but she seems to have taken a vow of silence when it comes to the wrongdoings in her own state. This hypocrisy cannot go unnoticed.

All of North Bengal is seeing BJP workers murdered, maimed, named in false cases, forced to leave their homes, as almost an everyday occurrence. And all of this is happening at the behest of Pishi-Bhaipo (Aunt-Nephew). 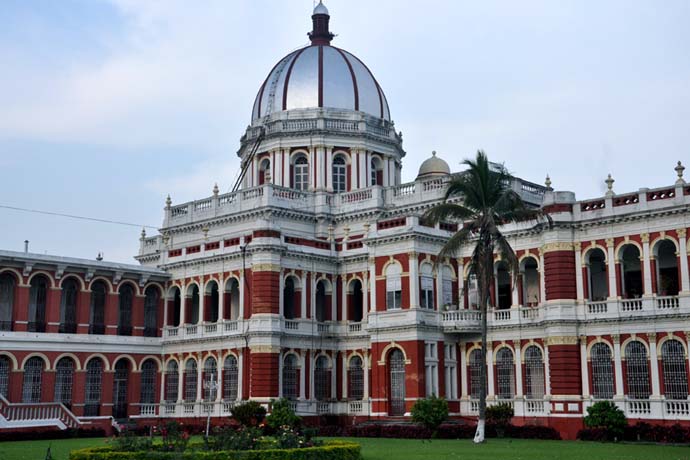 What is this contempt for the people of North Bengal? (Photo: Arabinda Bhattacharya)

In the past 50 years, nothing has changed in the political-violence map of Bengal. TMC supporters wished for a real Poriborton when the party came into power. Even that has been thrown out of the window. On September 20, 2018, a student-police clash in Islampur, North Dinajpur, resulted in the death of two former students of the Daribhit High School. Two years later, their families are still waiting for justice. As are the numerous victims of violence. For party that came to power riding on 'Badla Noy, Badal Chai' (Want Change, Not Revenge), the only weapon in its armoury is the politics of revenge.

Armed violence, corruption, misgovernance are synonyms for the TMC government today. One look at the ground situation in Bengal will tell you how difficult it is to practice clean politics here. It is a given that the months leading up to the 2021 elections will see a lot more bloodshed and a lot more violence in Bengal. The TMC can stay in power only with the help of violence. To that end, the party is doing all it can. The Pishi-Bhaipo duo is the patron saint of the ones perpetrating this violence in the state.

Among the political murders in the past 10 years, most have been of workers from opposition parties. Our party has seen the death of more than a hundred workers. Their only crime was that they dared to support the BJP; that they did it openly. In a state where elected representatives of opposition parties need to fear for their lives, one can understand the fate of the less fortunate. Mamata Banerjee might have slogans of democracy on her lips, but she has proven it more than once that she has little tolerance for anyone who doesn't belong to her own party. But in a democracy, the final word belongs to the common man. The Pishi-Bhaipo Private Limited company will understand the power of the common man in the 2021 elections.

When power is wrested from Pishi-Bhaipo and reinstated in the hands of the common man, the hills will smile once again.

#West bengal assembly elections 2021, #Mamata Banerjee, #North bengal, #Bengal2021
The views and opinions expressed in this article are those of the authors and do not necessarily reflect the official policy or position of DailyO.in or the India Today Group. The writers are solely responsible for any claims arising out of the contents of this article.

The writer is Member of Parliament from Cooch Behar, West Bengal.