Poribortan Full Circle: Mamata Banerjee once called for 'change' in West Bengal. Is that rebounding on her today?

Mamata must pause and ponder over what brought down the 34-year rule of the Left in Bengal. She shouldn't repeat the same mistakes.

Change is the only constant. West Bengal, it seems, remained oblivious of this age-old saying for about 34 years — before a feisty Mamata Banerjee issued a rallying cry of 'poriborton' (change) — and the entire state responded.

Red bastions that had voted Left legislators for decades and never knew any alternative suddenly saw poriborton — a tinge of green.

Overnight, the CPM rule, which was floundering, capitulated. This was unbelievable. But it happened — and Mamata Banerjee achieved it. Swearing out the Left: When Didi pulled off the unbelievable. (Photo: Reuters)

From 1991 to 2011, from the day she was almost killed on the streets of Kolkata by a CPM goon to the day she became the CM with the people’s mandate — it took her some 20 years and a lot of hard work and great perseverance. But she didn't leave midway, and 14 years after she founded her own party, the Left was done and dusted in Bengal.

Her popularity was at an all-time high — not much has changed in her personal appeal even today.

Yes, she can be impulsive at times, but the people of Bengal will always have a soft corner for their Didi for relieving them from the overbearing clutches of the Left Front rule.

Being in the opposition and being in power are two diametrically different propositions.

The opposition enjoys the benefit of doubt while the ruling party has to contend with anti-incumbency. 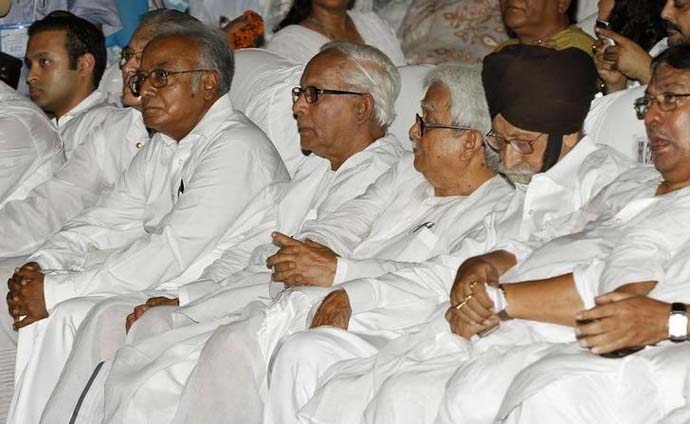 The CPM Castle: It eventually did come tumbling down. (Photo: Reuters)

But with power comes its perks and not everyone is immune to the trappings of power. Neither is Bengal's beloved Didi.

The party grew in influence and its priorities changed.

Development took place in Bengal and till about 2016, things were smooth. Even the restive Junglemahal (the Maoist den spanning a few districts in Bengal) was brought back to the mainstream. Areas that had seen little development since Independence saw newly laid roads, houses for the poor, staffed health centres and schools. Popular schemes of the government, like 'Kanyashree', prompted accolades and UN honours for the chief minister.

The party had gone from strength to strength and attracted people of all hues and colours and political ideologies. A few scams rocked the government, but to her credit, Didi steered her ship out of those troubles most of the time. Her relations with the central government were cordial before 2014. Only roses, no thorns: Till 2014, West Bengal-Centre ties were pleasant enough. (Photo: Reuters)

But then, there was suddenly a party, a leader in power who simply cannot be stared down — the year also saw the highest ever vote share for the BJP in Bengal.

If Didi's ascenscion to power in 2011 was unbelievable, BJP's growing clout in Bengal following 2014 was inconceivable because the Congress and the Left were dwarfed in Bengal. No one thought that the vacuum will be filled by an 'outside' party.

The Assembly Elections of 2017 restored the balance as per as vote share — but the pressure remained.

That there was pressure was evident when Bengal saw Ram Navami celebrations organised and patronised by ruling party leaders and by the time the CM announced a grant for all Durga puja committees, the writing was on the wall.

The rising clout of the opposition prompted a strong-arm response — things escalated. 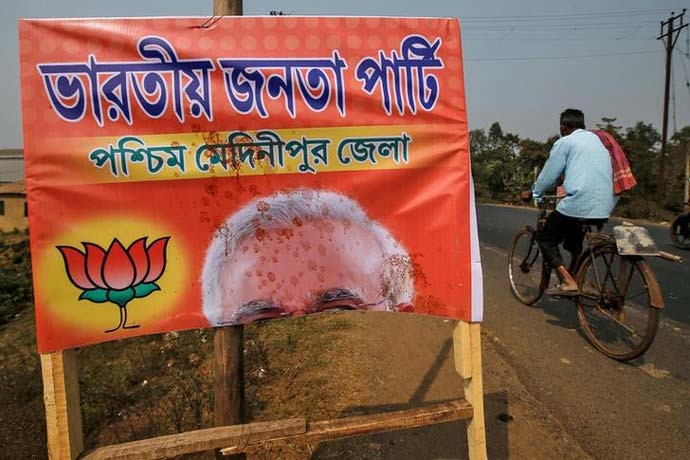 Halfway in? The BJP's successful inroad to Bengal after 2014 has been surprising. (Photo: Reuters)

The Panchayat elections of 2018 were a shame on the democratic traditions of the country — and a permanent blot on the politicians of West Bengal. The kind of violence captured on television cameras left one wondering about what was happening on the ground. Over five dozen deaths due to political violence — that too, for a local body election — was unheard of even in the heyday of political violence in the 'badlands' of Northern and North Eastern India.

Bengal politics has always been violent, since the days of the late Siddhartha Shankar Ray. The Left reigned in the violence, rather, it institutionalised it, at least for the first quarter century of their rule in Bengal.

What happened in the last ten-odd years? Any Trinamool old-timer would probably shudder even today, thinking about it — the days of the 'Harmads', gangs of mercenaries brought in to snuff out the very thought of protest. After decades, Kolkata's iconic College Street saw violence — running battles between political opponents.

This was unthinkable even a couple of years ago. But violence only begets more violence.

The very collapse of the Left in the state is the biggest example one needs in a lifetime.

Probably the rallying cry for 'poriborton' has come full circle.

But that would be sad.

Post your comment
#Trinamool, #West Bengal, #Mamata Banerjee, #Poriborton
The views and opinions expressed in this article are those of the authors and do not necessarily reflect the official policy or position of DailyO.in or the India Today Group. The writers are solely responsible for any claims arising out of the contents of this article.