Questioning the EC: Why does the Election Commission's order to cut short campaign time in West Bengal make little sense?

The EC needs to explain why it started the ban on campaign time a day after the violence seen, and why, it couldn't manage the situation for longer if it could manage for today.

Campaigning will end today in the nine constituencies of West Bengal that go to the polls in the last phase of the 2019 Lok Sabha elections on May 19.

Canvassing will end one full day ahead of the scheduled time, in view of the violence that's been witnessed in the state. The Election Commission on Wednesday invoked Article 324 of the Constitution to prohibit election campaigning in nine constituencies of West Bengal from 10 PM on Thursday until the conclusion of the Lok Sabha polls on April 19. The poll panel took this decision in view of clashes between the BJP and the Trinamool Congress (TMC) over the last 36 hours, which resulted in large-scale vandalism — and damage to an iconic statue of the 19th century social reformer Ishwar Chandra Vidyasagar.

This is probably the first time Article 324 of the Constitution is being invoked to cut short campaigning ahead of Parliamentary polls. Article 324 of the Constitution charts the powers and responsibilities of the EC for ensuring free and fair polling. The article reads: “The superintendence, direction and control of the preparation of the electoral rolls for, and the conduct of, all elections to Parliament and to the legislature of every state and of elections to the offices of President and Vice-President held under this Constitution shall be vested in a Commission (referred to in this Constitution as the Election Commission).” This clearly gives the right to decide to the EC re when campaigning can be held and under what stringent conditions. A debatable decision: The Election Commission thinks violence can be stopped if campaign time is cut short. But can it? (Source: PTI)

However, with all the notes and notations though, the EC's move makes little sense.

If the idea is to stop poll-linked violence, then campaigning should have been stopped right after the situation spiralled out of control, leading to the vandalising of the Vidyasagar statue.

To give parties another 24 hours to campaign seems like giving them some more time to indulge in some more violence.

Alternately, if, at the time of passing the order, the EC believed it could control for violence over the next 24 hours, then it should have been a position to manage the situation for the next 48 hours too.

With this current restriction, the tension in Bengal will only brew hotter now — today’s campaigning could even see a lot more violence, with all involved knowing that they have limited time to intimidate voters and press home their point.

This reduction in the campaign time is also indicative of the fact that the administration appears helpless in ensuring a violence-free poll. 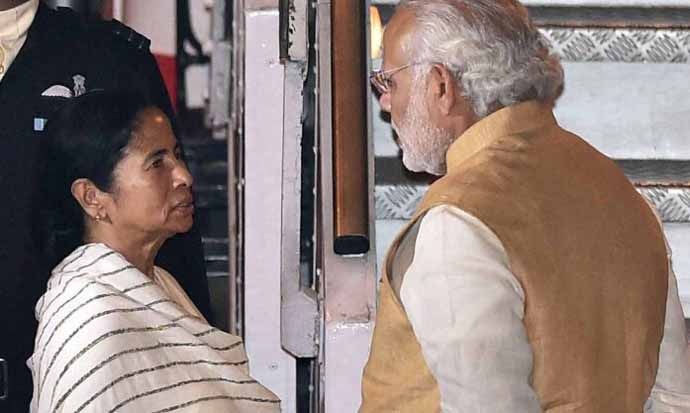 When the twain meet: Mamata Banerjee and Narendra Modi are both holding rallies today in West Bengal. (Source: PTI)

Also, the real violence has not even happened during these poll rallies.

It has happened quite far from the media glare, in remote villages where houses have been burnt and people beaten up by goons as a punishment for the way they have or haven't voted. The EC should in all fairness have stepped in hard then as well.

The violence that was unleashed in Kolkata a day ago, during BJP president Amit Shah’s rally on May 14, saw both BJP and TMC supporters clash. Prime Minister Narendra Modi is holding two rallies in West Bengal today — Mamata Banerjee is also likely to address a series of rallies, some brought forward reportedly to complete a campaign schedule cut short for time.

Are we likely to see more violence today?