We will not let Srinagar — despite all its frenzied hissy fits — turn into another Kabul.

Late Thursday night, Jammu and Kashmir BJP state secretary Anil Parihar, along with his brother, was gunned down by unidentified suspected militants just outside their Kishtwar home. 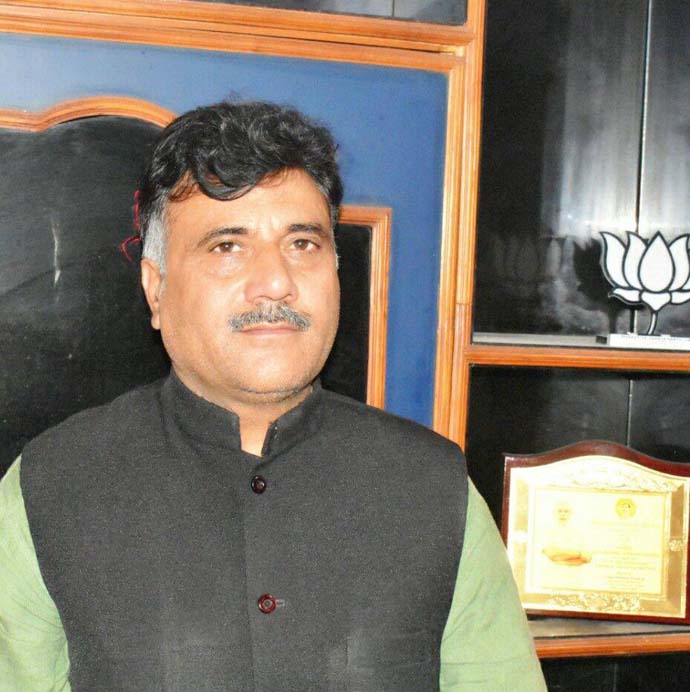 The shooting, only a few days before the festival of Diwali, was so brutal, it left the area in shock and under curfew as investigations are underway, probing possible militant involvement.

However, the timing of the murder is not surprising, given what is happening quite near Kishtwar.

Today, Pakistan is facing protests and sit-ins across the country, called by the Labbaik-e-Pakistan (LeP) chief Khadim Rizvi and Lashkar-e-Taiba (LeT) chief Hafiz Saeed. The reason — the Supreme Court of the nation recently found a poor Christian woman, Asia Bibi, innocent of blasphemy, and ordered her release. This, after the woman spent eight years in prison, on death row. And after jihadi elements gunned down people speaking up for her, including the Governor of Punjab, Salmaan Taseer, and minority affairs minister Shabaz Bhatti, in 2011. 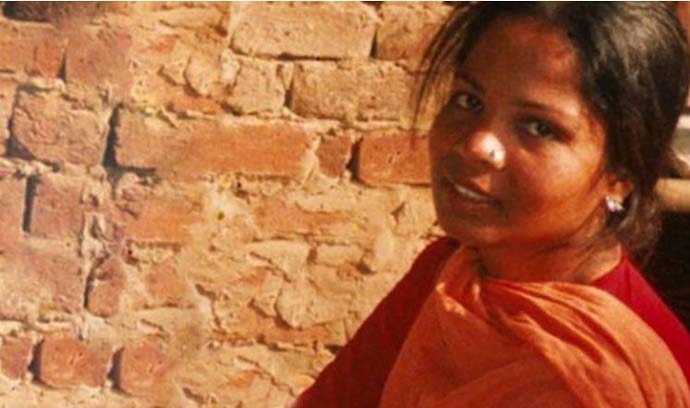 But their murders have clearly not satisfied the likes of the Lashkar and Labbaik ganglords.

Joined by other jihadi outfits that have sprung up like acne on Pakistan’s nuclear-moustachioed face, these groups are leading the mobs baying for Asia Bibi’s blood now. The woman has reportedly been banned from leaving the country by a government that is duty-bound to provide her — and particularly after the intense suffering she's undergone — safe passage to any country which can offer her the decency of a modern, and not an insane medieval, state.

The murder of Anil Parihar, and the potential murder of Asia Bibi, are deeply — in fact, inextricably — linked.

For the militancy of Kashmir is now nothing more than a mirror to the growing madness of Pakistan.

Kashmiri terrorists today don’t even bother with the pretence of 'azaadi' for the sake of having their own independent modern nation. They are instead candid, in their half-wit manner, about their dream of having the azaadi to go join Lashkaris, Labbaiks and other louts on the streets of Karachi and Lahore, in the merry pastime of stoning Asia Bibis to death, and occasionally stringing up an Ahmadi or shooting a Shia for variety.

That is the azaadi Kashmiri terrorists want.

The azaadi to join Pakistan in its meltdown to lunacy.

It is this death wish, this dream of the dimwit’s dreadful paradise, that drives the jihad in Kashmir, the stone pelting, the sniper shootings and the militant shootouts, shielded by mobs clucking with anger around the armed forces, enraged at their presence between them and their sweetest wish — a paradise where they can join the Pakistanis in stoning anyone who’s not considered 'Muslim enough' to death. What exactly is the 'azaadi' this bunch wants? (Photo: Reuters)

It’s not the armed forces alone. Anyone and everyone — politicians, policemen, cultural figures, editors — who stands between the jihadi Kashmiri and their dream of a state of eternal violence, must be obliterated in this worldview. Anyone who represents the normalcy of civilised life must be killed. Anyone who embodies the normalcy of Indian life — including an Anil Parihar — with its daily rhythms of excitement and blandness, freedom and constraints, elections and governments, free media and blame — must be eliminated. 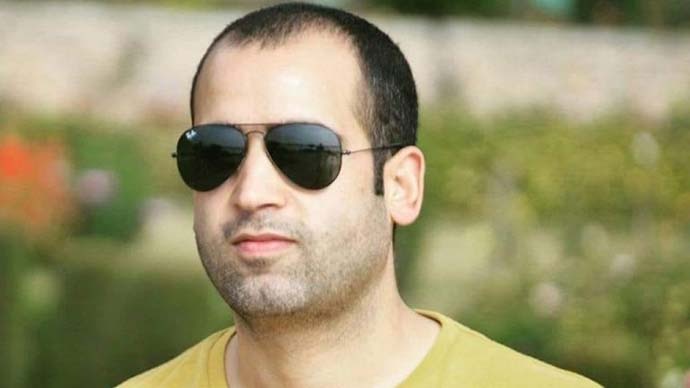 For these are elements that reflect a normalcy, a predictability, a rhythm of life fundamentally opposed to the fundamentalist’s beat.

There is no wonder about the coincidence of the timing of Anil Parihar's shooting with the baying of Pakistani fundos for Asia Bibi’s blood.

We will, in fact, see more, not less, of such ‘coincidences’ with Imran Khan running Pakistan now.

On the one hand, Khan will have to — pressed to the wall by the bankruptcy Pakistan faces, and the lack of aid the West confronts it with — present a sane Pakistani face globally. This explains his seeming largesse to the beleaguered Asia and his tough words to the terrorists on the streets of Lahore — ‘riasat se mat takrana’, don’t mess with the admin, Khan warned them on Wednesday.

But, by Thursday, his 'riasat' or admin was singing another tune.

Asia Bibi was placed on the Exit Control List of Pakistan and Imran Khan’s ministers confirmed the poor woman was not allowed to leave the country, which was screaming hysterically for her blood.

This, then, is the other face Imran Khan has — a seeming picture of Dorian Gray where, as Oscar Wilde described his never-aging hero, a portrait of his is secretly tucked away in an attic somewhere, growing dark with wrinkles and lines, blemishes and shadows, even as strange powers bless Dorian with youthful good looks forever in public. Imran Khan is truly our age’s Dorian Gray, whose face, turned to the West in hope of money, may try to look eternally innocent – but whose real face is hidden somewhere in the shadows of the mobs baying now for Asia Bibi’s blood.

It is these mobs the Kashmiri jihadis want the azaadi to join.

And it is India’s firm refusal which drives them mad.

In a sense, there is a logic to this relationship of madness shared between Pakistani and Kashmiri jihadis.

The 1980s onwards, as numerous experts recorded, Pakistan allowed itself to be steadily flooded by Afghan and other crazies, their one common bind being, they all claimed to be Islamo-Fascists. Why, you ask? Simply in order to strengthen its fighting forces in Kashmir.

But, in the process, Pakistan, which once prided itself on being the land of poetry and whiskey, ghazals and kebabs, lehengas and languor and all the good things of life (to be enjoyed by Punjabi Generals and Sindhi feudals, with a bone thrown to the vassals) went mad itself.

It let itself be taken over by manic maulvis, limping maulanas, blind-in-one-eye mullahs and beady-eyed Hafiz Saeeds, whose big thrill is to kill, preferably with a stone or a club or something nice and heavy and medieval-ish.

To spite India by hurting Kashmir, Pakistan allowed itself to be steadily taken over by crazies. (Photo: Reuters)

Today, Pakistan faces yet another siege from its home-grown religious crazies.

Some have found their way into Kashmir, where they shoot dead unarmed cops, soldiers returning home on Eid, journalists and politicians too.

Anyone who is normal, basically.

Anyone who represents the sanity, even the banality, of a normal life, bound by law, modernity, civilised norms.

A life where you don’t dream of expressing yourself with a stone.

That is a life the rest of India will not let Kashmir slip into.

Let Pakistan implode. We will not let Srinagar turn into another Kabul.

Also Read:The 'independence' debit card at the ‘Bank of Kashmir’