Congress may see some erosion with the steady poaching

The 119-seat Telangana Assembly election is due in May-June 2019, along with the Lok Sabha polls, but the chief minister and the ruling TRS boss, K Chandrasekhar Rao, has mooted prospects about advancing it in an attempt to outwit the Opposition parties.

The idea is to keep the party rank and file ready for the electoral battle. The TRS has commissioned opinion polls to comprehend its strengths and weaknesses and hoped the gram panchayat polls will be conducted in the run up to the Assembly and Lok Sabha polls.

The ruling party is geared up for the panchayat polls. Should it win a majority of seats, the TRS coming back to power in the Assembly polls will be much easier.

For this, elections to the local bodies would have served as the most reliable indicator about the party’s poll prospects.

There is uncertainty about whether the panchayat polls will be held any time soon, as the high court’s intervention is on the vexatious issue of reservations for Backward Classes and it is unlikely to be resolved quickly.

Coincidentally, a Congress leader is the petitioner in the case challenging the reservation system for local bodies. If KCR succeeds in roping in more leaders who command a sizeable following, the Congress may see some erosion with the steady poaching

The court has ordered to conduct the polls only after category-wise enumeration of Backward Classes is done and this has come as a boon for ruling TRS MLAs who do not want to spend twice on electioneering and wooing voters in less than a year.

KCR has both the Congress as well as the BJP which is hoping to make deep inroads, in a flutter by asking them to make their stand clear about facing early polls.

Stunned initially, both parties recovered and dared the chief minister to dissolve the legislative Assembly and call elections or in their words, “if as you say, the TRS is confident of winning a hundred seats.”

It was just the opening gambit that KCR played before welcoming influential Hyderabad Congressman Danam Nagender into the TRS, to suggest the red carpet will be rolled out for others as well.

If KCR succeeds in roping in more leaders who command a sizeable following, the Congress may see some erosion with the steady poaching. He is also planning to unveil more welfare schemes targeting specific communities on August 15, on the occasion of Independence Day, for better poll preparedness.

Making full use of technology, the government has developed a cache of 30 documentaries and 20 short films showcasing the initiatives of the past four years to transform the new state into Bangaru Telangana. 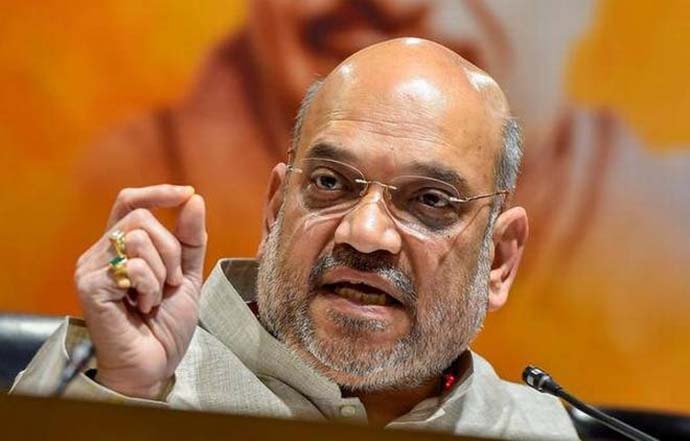 Ministers and other party leaders have been doing the rounds of the districts, stepping up the campaign for a second term in a row. This is to complete several crucial unfinished tasks in developing infrastructure in the state.

“Broken promises are certainly an issue, but we are not banking merely on anti-incumbency. There is a groundswell of disgust with the style of governance and attempts to curb discontent by stifling dissent,” says Telangana Pradesh Congress committee president N Uttam Kumar Reddy, pointing out that there is no other reason why an influential Congress leader was put under so-called preventive house arrest in his own constituency when KCR, as the chief minister, went there to address a meeting.

The Congress is contemplating joining hands with other parties, except the BJP, and is willing to include the TDP, in an electoral strategy to defeat the TRS. The bigger challenge for the Congress though will be in coping with the dissensions and desperations within.

The BJP is leaving little to chance and state party president K Laxman has embarked on a Praja Chaitanya Yatra “to expose the failures of the TRS government.” He said his party would dethrone the TRS alleging that “the TRS had looted lands of farmers in the name of purification of land records.”

BJP national president Amit Shah is to join him on the yatra on July 13, when he visits the state after a gap of almost a year, to focus on strengthening the party from the booth-level for the upcoming elections. The BJP has already advised its leaders to be prepared to contest all Assembly and Lok Sabha seats independently without a poll alliance with any party. A no-holds-barred triangular contest is on the cards in Telangana.