A defence air ambulance and breach of secrecy: How help to AIADMK’s OPS leaves Nirmala Sitharaman defending herself

The BJP rivals are utilising the event to build a narrative against the Modi government.

The AIADMK, which voted for the government against the Opposition’s no-trust vote in the Lok Sabha on last Friday, is sulking. Its arch rival DMK is smirking.

Defence minister Nirmala Sitharaman, who helped airlift the ailing brother of Tamil Nadu deputy chief minister, OPS, in a defence air ambulance from Madurai to Chennai, is furious and regretting the “informal help” she extended.

It all began last week.

The defence minister got a call that OPS’s brother was critical at a Madurai hospital and needed to be rushed to Apollo Hospital, Chennai. The defence minister was requested for help as there was no air ambulance available at Madurai and the one flying from Delhi would take too much time.

With a view to help a fellow politician — one whose party could be a future ally of the BJP — the defence minister ordered one of the defence assets (a helicopter) to rush the patient from Madurai to Chennai. Like it does always, the armed forces did the job with precision and speed.

But, by Tuesday, an ugly controversy landed at the defence minister’s door, and she had to struggle to find ways to “defend” herself.

Opponents like the DMK chief wanted both Nirmala and OPS to resign reportedly for misusing defence assets for a private reason. Worse, “OPS snubbed by Nirmala” was going viral on social media.

On the day Nirmala Sitharaman — the Good Samaritan defence minister — helped OPS with a defence air ambulance, the agreement was that the “favour” will be kept a secret.

After a couple of days, Sitharaman received a call that OPS wanted to come to Delhi, meet and personally thank her for the gesture.

The defence minister, sources say, turned down the offer, politely claiming there was no need to thank her for this.

AIADMK Rajya Sabha MP Maitreyen was the intermediary. When the OPS side insisted on the meeting, the defence minister’s office asked them to make it on Tuesday at 2:30pm.

The defending minister of BJP and the Defence Minister of India, #NirmalaSitharaman needs her party people to defend her for ‘Private Airforce’ Air Ambulance 🤦🏽‍♂️#அசிங்கப்பட்டOPS

Again, the oath of secrecy was reiterated and it was decided that since the issue was personal, there would be no pictures taken of the meeting (a posse of camera teams follow OPS each time he visits central government ministers).

But, much to Sitharaman’s dismay, media reports started emerging a day before the proposed meet, about the “rescue” aided by her.

Then came the revelations from the AIADMK leadership about the scheduled appointment between OPS and her and OPS’s burning desire to thank the defence minister.

Soon the news hit social media platforms - and Sitharaman was trolled as some Twitter users started requesting her to send a defence air ambulance as they were suffering from colds. 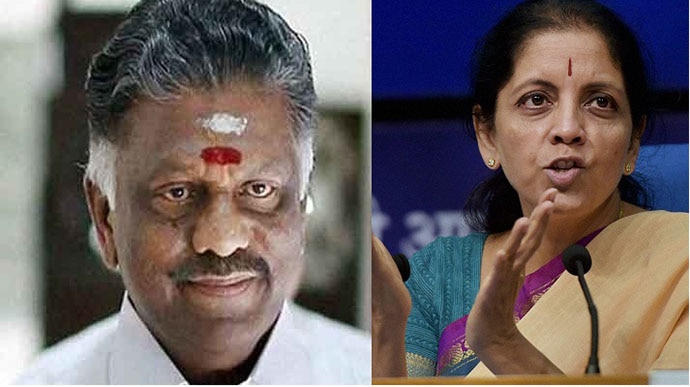 Breach of secrecy: Media reports started emerging a day before the proposed meet, though both the parties apparently agreed to maintain secrecy

On Tuesday morning, OPS landed in Delhi. At the Delhi airport, the AIADMK leadership received him. Photos, as usual, surfaced in media. Worse, after a couple of hours, OPS, flanked by leaders of his party like KP Munusamy and Manoj Pandian, addressed the media at the Tamil Nadu Bhavan, and openly declared what he had asked Sitharaman to be kept a secret.

While the media was calling it a scheduled meet between the Deputy CM and the defence minister and attached political significance, OPS announced, “This is not a political visit. I have come to meet and pay my respects to Hon'ble Nirmala Sitharaman. She did a big favour to me by providing an air ambulance for my brother when he had taken ill, to enable him to get to Chennai from Madurai. I have come to convey my heartfelt gratitude to her.”

The news of the press conference reached Sitharaman as she was going home for a quick lunch from Parliament, which was in Session. She had roster duty in one of the Houses and had barely enough time for the lunch and to meet OPS. By the time she reached home, news channels were flashing that “she has already had a meeting with OPS”, along with details of the gratitude OPS expressed for the “help”.

Stumped by the turn of events, she called up Maitreyan. She expressed her surprise to him, claiming that “she has been dragged in a mess” by the southern party. She had to launch damage control.

As she drove to her office, news channels in southern states, especially Tamil Nadu, were in constant Breaking News mode, claiming OPS had already met and thanked her. The trolls were having a field day on Twitter.

She spoke to Maitreyan and told him how the AIADMK first wanted an off-camera informal meet and had now let the cat out - and how. She reached her office and soon, OPS landed up at the defence ministry in South Block. He was escorted in and asked to sit along with his team of AIADMK leaders in the visitors’ room. 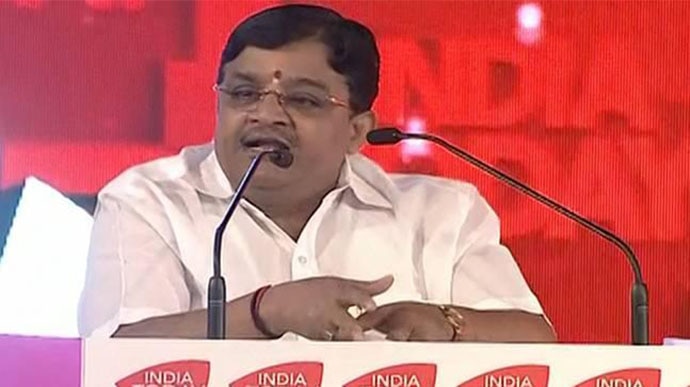 Whom was the appointment given? Ministry said Nirmala was supposed to meet Maitreyan, not OPS (Photo: India Today)

Meanwhile, the flak over her “gesture on humane grounds” grew to a crescendo.

Bugged, she called only Maitreyan inside her chamber and reportedly narrated how she was horrified by the “indiscretion” by the AIADMK top leader. Then, she conveyed that she is not going to meet OPS and the scheduled “meet to thank her” has to be called off.

She took to Twitter soon and posted clarifications that “she had not met OPS” as media reports were stating and the only meeting she had was with the go-between, Maitreyan.

After waiting for some time and realising that the extremely miffed defence minister will not meet him, OPS beat a hasty retreat from the defence ministry and went back to Tamil Nadu Bhawan. Soon, the narrative in the media had changed to “Nirmala Sitharaman snubs Tamil Nadu deputy CM”.

AIADMK loyalists on Twitter, who, till an hour ago were thanking her, went hostile, attacking her for showing “disrespect” to an elected deputy CM of a state. OPS flew back to Chennai in the evening.

But the matter didn’t end here.

The DMK — rival of both the AIADMK and BJP — hit the war path.

The party’s working president MK Stalin called for the resignations of Sitharaman and OPS.

“OPS has said that he was in New Delhi to express his heartfelt thanks to the defence minister for having provided an air ambulance facility when his brother was not well. It is a mystery how a military helicopter facility can be provided to an individual. Hence, O Panneerselvam who enjoyed the facility and defence minister Nirmala Sitharaman who permitted the facility for the use of a private individual must resign from their posts.”

Even after two days, the issue refuses to die down.

The BJP rivals are utilising the event to build a narrative against the Modi government. They claim that the defence minister misused the defence asset for winning over the AIADMK’s support for the trust vote and how the BJP apparently also ill-treats those who help them as allies. 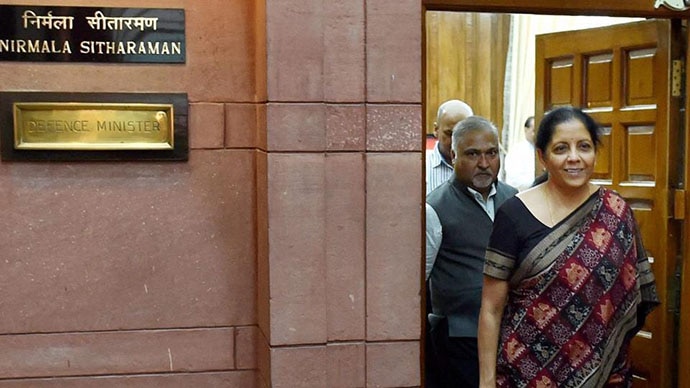 If the minster was not supposed to meet OPS, why his car details were taken, asks AIADMK (File photo: PTI)

At the end, there are no answers as to why OPS decided to go public with her help and his gratitude and meeting. But sources close to Sitharaman say the defence minister is wiser for it — it’s better to help a clever enemy than a politically foolish friend.

Post your comment
#BJP alliances, #Defence, #O Panneerselvam, #Nirmala Sitharaman
The views and opinions expressed in this article are those of the authors and do not necessarily reflect the official policy or position of DailyO.in or the India Today Group. The writers are solely responsible for any claims arising out of the contents of this article.