When Sheila Dikshit said to me, ‘I know you. I have seen you on news channels’

An indefatigable politician. A warm mother. A true leader in a crisis. I don't know how people perceive Sheila Dikshit because she was all of these.

In a country that is fondly called ‘mother India’, women are still on the sidelines of mainstream politics. Very few women leaders in India have chalked out a path of their own, in the face of mammoth opposition. Among those leaders are Indira Gandhi, Sonia Gandhi, J Jayalalithaa, Mayawati, Mamata Banerjee and then Delhi’s Iron Lady and ‘Congress’s favourite daughter’ — as Rahul Gandhi said — now the late Sheila Dikshit.

Hers was no ordinary journey and one that must not be forgotten. In her story lies the success story of our country, which has produced some of the greatest women politicians.

Her voice was that of a collective Delhi. She never backed down, held her head high despite all kinds of allegations and stood the test of time. She once famously said, “I want every Delhiite to be proud of their home and have a smile on their face.” 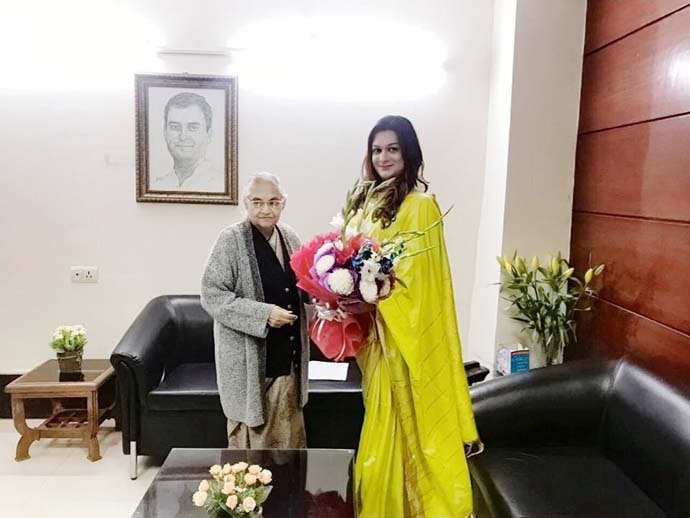 I didn't expect her to know my name. I was just a visitor. But she had an eye for details. (Photo: Author)

Today, as the nation mourns the passing away of ‘Madam CM’, as I fondly used to call her, I am sure that many Delhiites will remember their interactions with her and will smile through the tears. That’s the kind of quiet confidence, comfort and affection she brought out in people.

On a winter morning, just a few weeks after I had been inducted into the Congress, Sushmita Dev, the president of All India Mahila Congress and I were chatting. I expressed my wish to meet Sheila ji.

Sushmita agreed instantly. “It’s a good idea. She is a very warm person and there’s so much to learn from her,” she said.

A few phone calls to Sharmishta Mukherjee later, I was at Sheila Dikshit’s place.

I was both excited and nervous. Like the Queen of Buckingham Palace, she had her legion of fans. (Photo: India Today)

Her illustrious career and her no-nonsense attitude appealed to me, but coming face-to-face with a tigress — no matter how inspired you are — is always a nerve-racking experience. I didn’t know what she would say or ask. I didn’t know what her thoughts on transgender women were. I felt eager to meet her but was hoping she wasn’t someone who would just meet and dismiss visitors.

As I waited in her office with a bunch of flowers, I made some mental notes of what I was going to speak to her about.

The Women’s Reservation Bill and The Transgender Persons Bill were some political points I could speak about apart from giving her an introduction of myself.

A few minutes later, she breezed in, paused and smiled at me before she went into her cabin.

She reached her door and turned around and said, “Apsara, come in."

My first reaction to her knowing my name was that of disbelief, shock and happiness!

Knowing that it was a visit that wasn’t penned into her diary and I had tagged along with Sharmishta ji, I didn’t expect her to know my name or expect me there in the morning.

As I walked into her cabin, she was giving instructions to her staff and maintained eye contact with me through the corner of her eyes.

She, in her own way, was observing me adjust my saree and nervously find a comfortable spot to sit on the couch.

“Relax,” she said and instantaneously made me comfortable.

“I have seen you on TV and it was scrolling news when Rahul baba inducted you into the party. Welcome. You must find your path here and we are all here to help you. Never think of yourself as different or small. We are all human beings here to find the moment of our own sunshine.”

That’s all she said. But that to me was so much. 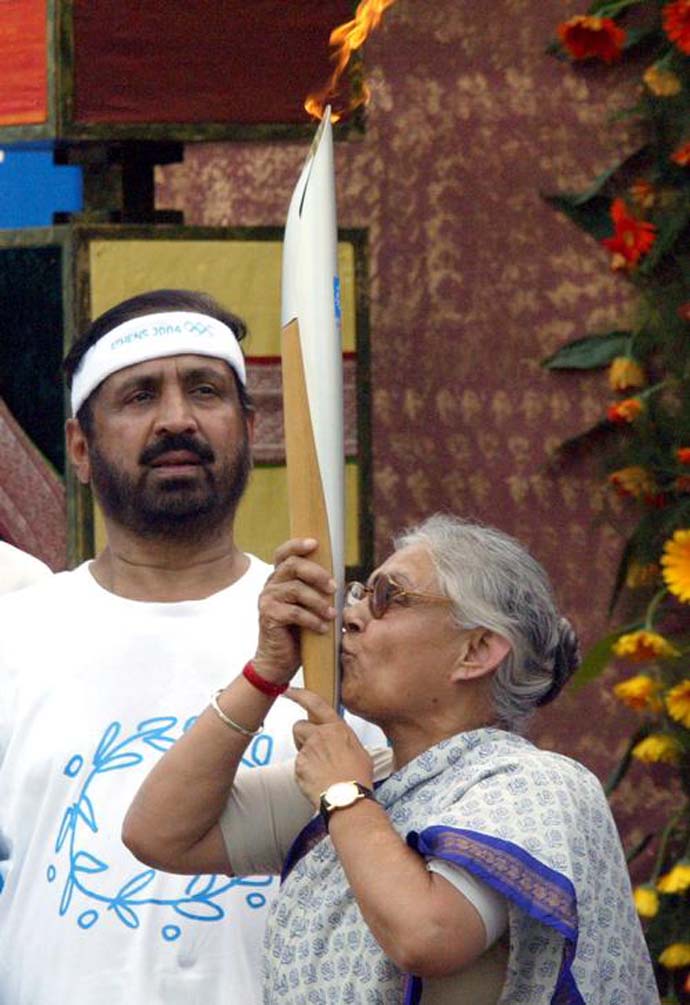 Very few leaders have the ability to shatter the glass ceiling and not fix it back on (Photo: Reuters)

Here was a lady who perhaps was only been exposed to the sights and sounds of transgender women who we encounter every day or read up about headlines that look to pigeonhole our community. Or, maybe she also felt compassion to uplift the lives of my community, but I never expected her to treat me as an equal, almost comparing me to her when she said we are all here and we must all find our spot of sunshine!

Very few leaders have that ability to shatter the glass ceiling and not fix it back on.

I, of course, wanting to sound intelligent and relevant brought up the issue of those two Bills. She didn’t want any of it.

She smiled and said, “You were once with Jayalalithaa, I saw you on TV. You debate well."

I thanked her and continued to make a point about the Women’s Reservation Bill.

She said, “Don’t worry. Sonia madam is showing us all the path and we shall ensure it is passed. Women must be warriors and empower each other.”

Leaving her cabin and walking down the stairs, I saw scores of women waiting to meet her. I spoke to a few of them.

Some had come from places like Rajasthan, Haryana and Bengaluru. 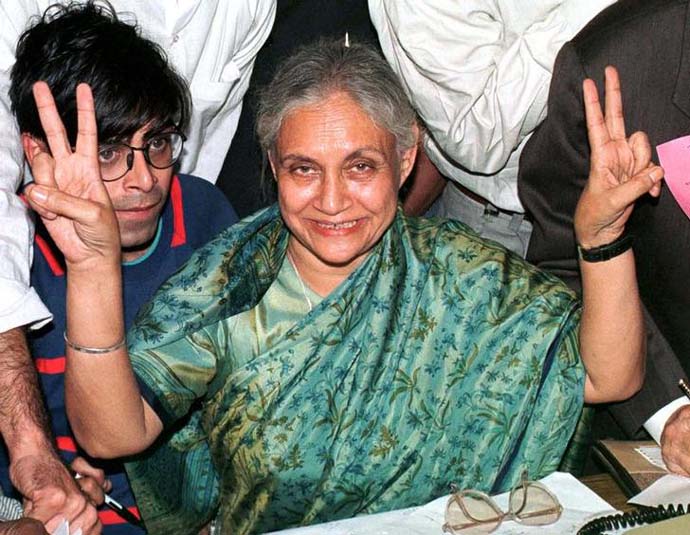 Politics and leadership didn't change the core of her personality. (Photo: Reuters)

I asked them why they came from other states to meet Sheila Dikshit Ji.

She is like a mother and we like to see her just once. We only have seen her on TV. We came to Delhi for some work. So, we came to see her — most of them said. They were not from our party.

Much like the Queen in Buckingham Palace, Sheila Dikshit had her own legion of fans cutting across party lines, who just waited to catch a glimpse of her.

After this first meeting, I met Sheila Dikshit Ji twice during the election season. Her age was not on her side and her health was dissuading her from her rigorous routine. She looked frail and weak.

Those were her last words to me.

I forever shall remember her as an inclusive, fearless and a visionary leader who won accolades not just for her administration but for her unswerving focus on retaining her essence as a woman — perceptive and nurturing. Leadership and politics had no effect on who she was as a woman. And that’s how she will be remembered by me — Maa!

Also Read: When Sheila Dikshit gave up the chance to be India's Home Minister for a role in Delhi

Post your comment
#Sheila dikshit death, #Rahul Gandhi, #Delhi congress, #Sheila Dikshit
The views and opinions expressed in this article are those of the authors and do not necessarily reflect the official policy or position of DailyO.in or the India Today Group. The writers are solely responsible for any claims arising out of the contents of this article.