What we needed after the interview was a strict critique and tough counter-questions. What we got instead were headlines speaking of PM Modi’s love for mangoes.

His recent public relations initiative — a casual interview with Bollywood actor Akshay Kumar was seemingly a well-scripted narrative to replace Modi’s superhuman, God-like image with that of a humble human. The objective seemed to be to build a new narrative — since the Balakot effect is wearing out — in which Modi can stop being the 56”-chested muscular hero capable of fighting all evils alone, and become a simple man who made mistakes, but should get points for trying — and maybe even get granted more time to bring those ‘acche din’.

“I am human, I accept I am not perfect, I make mistakes,” Rahul Gandhi has said on several occasions, including a few times in Parliament. Modi seems to have realised that this humility in Rahul Gandhi touches people’s heart and makes him lovable — while Modi’s image is likely to induce fear, hate, obeisance, but not exactly love.

It is a different matter, though, that the show seemed artificial and highly political, and didn’t exactly give Modi the image he was perhaps trying to build.

The choice of actor Akshay Kumar is also neither coincidental, nor apolitical. Kumar has the image of being both an action and comedy hero. He was recently seen in films like Toilet: Ek Prem Katha (2017) and Kesari (2019) — both of which had political overtones, and had reportedly waived an ABVP flag at a promotional event for the film PadMan (2018).

When imagery is big, reports of Akshay Kumar apparently holding a Canadian passport is immaterial for the nationalist party — which went to great lengths to stop Bangladeshi actor Ferdous Ahmed from campaigning for All India Trinamool Congress party.

The series of topics discussed by Akshay Kumar and Narendra Modi here reiterated the same narrative that has been urban legend for several years, is part of his protected Wikipedia page, probably even part of the script of PM Narendra Modi, the biopic, the TV serial, and on every Modi supporter’s lips — born to a poor family, loves his mother but loves his nation more, sold tea in his childhood, and so on. A lot of these, to my mind, are still just hearsay and not supported by hard evidence.

PM Modi and Akshay Kumar’s ‘non political’ interaction at 7 LKM to be released at 9 am tomorrow pic.twitter.com/vtdxkMSL2I

During the interview though, Modi made a few goof-ups and overstatements which quickly became the subject of social media ridicule — particularly the statement about his friendship with the former President of the United States, Barack Obama — who apparently addresses him as “tu” in Hindi and worries about his sleep cycle.

On the one hand, the Election Commission (EC) had the courage to stop Modi's biopic from being released on the grounds that it "eulogises a public representative" and "can be categorised as hagiography." But, on the other hand, the EC is not able to stop this kind of a show which also, as I see it, falls under the category of 'hagiography' and 'eulogy.' 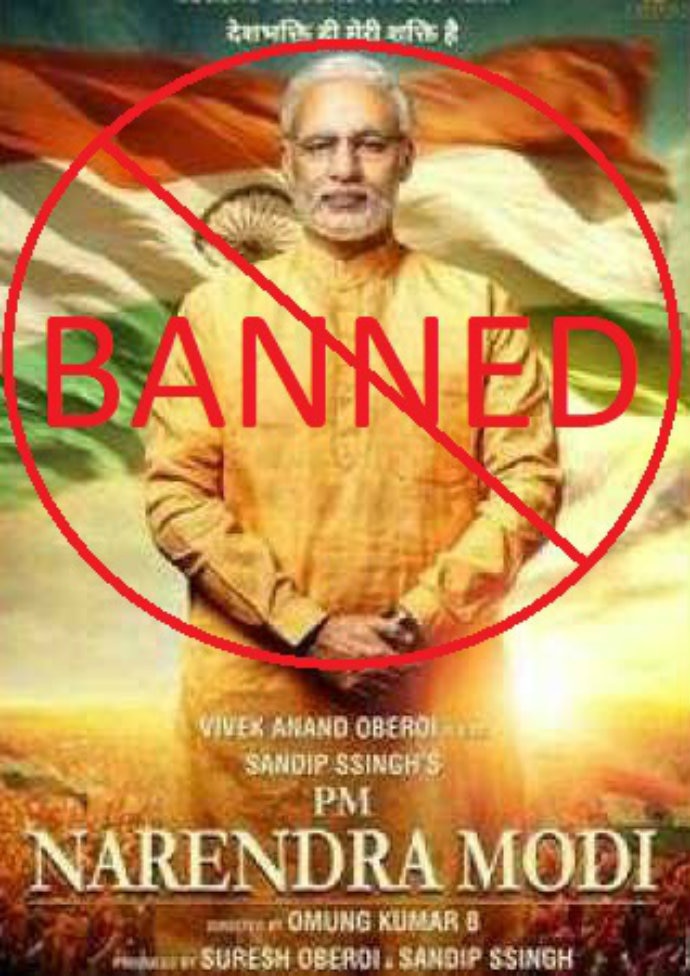 After this, shouldn't the EC intervene here too? (Source: YouTube screengrab)

The fact is, the EC and the Opposition are simply overwhelmed by the aggressive PR machinery of the BJP, which seems determined to subvert the simple rule that during elections, all parties should have a level playing field, by instead devising new, unheard of and unthinkable formats of propaganda, which may not technically break rules but are against the Model Code of Conduct in spirit.

In a functional democracy, the said PR stunt by a sitting Prime Minister in the middle of General Elections will be questioned.

Now, in the US, it is usual for politicians running for President to regularly visit talk shows and comedy shows like Saturday Night Live. But since the practice is relatively new in India, there should be complete transparency on how the show was produced. Unlike a Simi Grewal or a Karan Johar, Akshay Kumar does not have a regular TV show and the interaction with Modi was a one-off case.

Therefore, several questions arise — did the actor charge money or was it a pro-bono act? If he did charge money, was public money used to pay his fees?

The corollary question to that would be whether the show was a PR exercise for a BJP candidate or the sitting Prime Minister of India?

Since it was suddenly announced, we should also know when and how the show was planned? This level of eulogising, right in the middle of elections, is disrespectful to the large populace going to vote. (Source: YouTube screengrab))

Who approached whom, when and in what capacity? Did Akshay Kumar approach Mr Modi to do the show or was it the other way around?

Again, there are off-shoot questions, was it the BJP’s PR team or the communication team from PMO or some other agency involved in making this work?

Since the PM has a very busy schedule, it should be asked when was the programme planned and scheduled?

Was it suddenly decided after the first three phases of polling were over because the ground report didn’t seem promising for BJP?

Instead of asking these questions, what we have are headlines speaking of Modi’s love for mangoes. A political party with enough money may devise any number and style of a PR stunt and go to any extent to promote a leader. But it is the job of the media to look at such hagiographies with a critical lens. This level of eulogising a sitting PM right in the middle of an election is not just unethical for the profession of journalism but also disrespectful towards the large populace who are going to vote this election.

Further, it is a violation of the voters’ right to know all the good and bad things about every candidate. The hagiography of one person occupying the entire media narrative thereby silencing all other voices from the Opposition is a violation of people’s right to free and fair elections and informed choice.

Also read: When Modi Met Akshay: Why the ‘chat show’ is such a positive PR exercise for PM Modi

Post your comment
#Watch full interview modi with akshay, #Ani interview, #Lok Sabha election 2019, #Akshay kumar
The views and opinions expressed in this article are those of the authors and do not necessarily reflect the official policy or position of DailyO.in or the India Today Group. The writers are solely responsible for any claims arising out of the contents of this article.