A campaign for building the Ram Mandir will win votes but cow vigilantism will not.

For the Congress and its all-weather allies, communal polarisation has run its course.

Reaching its peak under party president Sonia Gandhi between 2004 and 2014, the Congress became stigmatised as an anti-Hindu party. Rahul Gandhi was quick to recognise the dangers of alienating 80 per cent of India’s population.

He crafted twin strategies to overcome the problem.

First, he declared himself a janeu-dhari Hindu, emphasising his Brahmin roots.

Second, throughout the Gujarat and Karnataka Assembly election campaigns, Rahul made it a point to visit temples to establish that he was in fact a Shiva bhakt and not, as rumours suggested, a closet Christian. 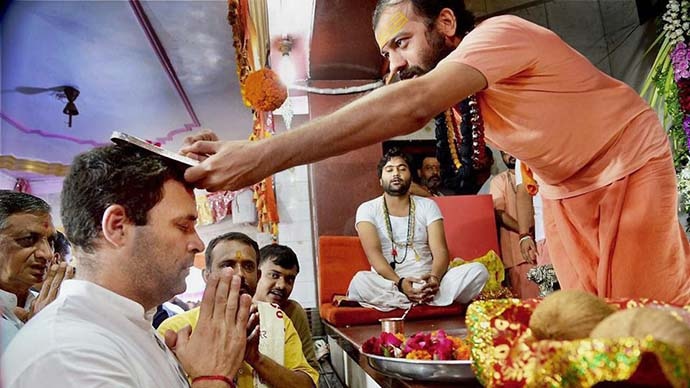 Mask dropped soon: The Congress takes to communal polarisation as naturally as a duck takes to water.

He defiantly chose to stand trial in the defamation case filed against him for alleging that the RSS was responsible for Mahatma Gandhi’s assassination. The Congress takes to communal polarisation as naturally as a duck takes to water.

There may be periods of remission but the affliction inevitably returns. Rahul’s fall-back strategy is to exploit the sharply divided Hindu electorate — Dalits, OBCs, EBCs, Thakurs, Brahmins and other castes — to overcome the potential electoral damage of the Congress being stereotyped as an anti-Hindu party.

He did that successfully in Gujarat with the Jignesh Mewani-Hardik Patel-Alpesh Thakor alliance. The Congress will deploy the same strategy in as many states as possible in the 2019 Lok Sabha election.

Rahul’s high-risk strategy to once again let the Congress be seen as a pro-Muslim, pro-Christian, anti-Hindu party has a grim realism to it.

Sonia and Rahul are willing to play second fiddle to regional leaders, using them as battering rams against the BJP in 2019.

Just as it did in Karnataka, the Congress will cede leadership to a smaller ally in state after state to deny the BJP the fruits of office.

It will meanwhile bide its time. That strategy may unravel. BSP leader Mayawati has poured cold water over Rahul’s plan to fight the Madhya Pradesh Assembly election in alliance with the BSP.

Mayawati says the BSP will contest 60 seats on its own in the state, splitting crucial Congress votes and indirectly helping the BJP.

Trinamool Congress chief Mamata Banerjee has likewise geared up to fight the Congress-Left alliance in West Bengal where the BJP emerged as the second largest vote-getter in recent panchayat polls despite organised violence denying its candidates a chance to contest in several districts.

The Congress strategy thus carries an obvious danger: regional obsolescence. As it concedes ground to regional leaders like the SP and BSP in Uttar Pradesh, the Congress will find itself reduced to irrelevance.

In UP, for example, the SP-BSP alliance plans to allot the Congress just two of the state’s 80 seats —Rae Bareli and Amethi. As recently as 2009, the Congress had won 21 Lok Sabha seats in UP. Over 100 million new voters will vote in 2019. BJP must understand this demographic.

Such self-marginalisation can lead the Congress into an electoral abyss. But the antipathy Rahul and Sonia have for Modi is so overpowering that self-harm is a price the Gandhis are prepared to pay for the ejection of a man who has treated them with a withering contempt they have never before encountered in Indian politics.

The BJP’s reverse Hindu polarisation has meanwhile worked in fits and starts.

It was a combination of anger against the decade-long, scam-tainted UPA government and Modi’s promise of vikas that created the 2014 tsunami for the BJP.

Communal polarisation played a part but a relatively small one.

The BJP will err grievously if it thinks Hindu polarisation is its main weapon in 2019. The same law of diminishing returns that eroded the longstanding Congress strategy of pro-minority polarisaiton will affect the BJP as well.

Over 100 million new voters who were between the ages of 13 and 17 in 2014 will be eligible to vote in 2019. Like other young Indians, they seek jobs, financial security for their families, safety for women and an aspirational lifestyle.

To stay in power, the BJP must understand this demographic. It must change its mindset.

A campaign for building the Ram Mandir will win votes but cow vigilantism, lynchings, violence against inter-faith couples and regressive ideas on the LGBT community will not.

The 2019 general election will be won or lost on the Modi government’s five-year performance, not communal polarisation. Modi knows this. Hence his relentless recent focus on monitoring progress of the dozens of welfare schemes the NDA government has implemented. 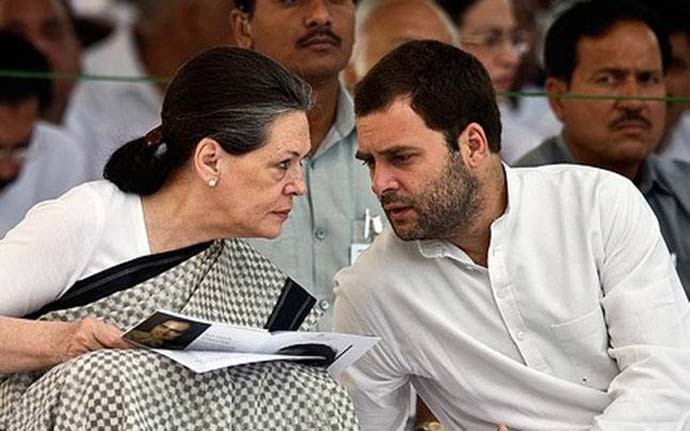 Congress leaders abuse political opponents and expect to get away with it.

While the Congress displays an arrogance that stems from decades of political power, the BJP suffers from a sense of grievance. The grievance flows from resentment against centuries of subjugation by Muslim invaders, followed by British colonists. It makes their reactions to issues overly defensive. Congress leaders harbour no such diffidence. They abuse political opponents and expect to get away with it: Rahul Gandhi, Sonia Gandhi, Digvijaya Singh and Sandeep Dikshit are examples.

BJP leaders too abuse but do not get away with it. The media, activists and the Opposition roasts them, and rightly so. The BJP lacks finesse. Even when the Congress and the BJP polarise Muslims and Hindus respectively, the Congress does so with an insouciance born of decades of hubristic rule.

The BJP, in contrast, polarises with the nuance of a bludgeon. In 2019, a bludgeon will not work. The electorate has outgrown it.

Also read: The Congress can’t afford to fail in Karnataka. But it’s sure trying hard

#Polarisation, #Congress, #BJP, #2019 general elections
The views and opinions expressed in this article are those of the authors and do not necessarily reflect the official policy or position of DailyO.in or the India Today Group. The writers are solely responsible for any claims arising out of the contents of this article.