1962 war: Truths that India still keeps close to its chest

After the war, Nehru realised SPP Thorat was right in his predictions. But it was too late.

One of the biggest failures of the Narendra Modi government has been to ignore the post-Independence history. To give an example, the South Block still does not declassify historical documents and transfer them to the National Archives of India, as legally mandated.

Another disappointment is that the VK Krishna Menon Papers, held at the Nehru Memorial Museum & Library, are still kept under wraps and not accessible to researchers and scholars. Menon humiliated competent military officers, in some cases with the backing of the then Prime Minister. Why should this be kept secret? 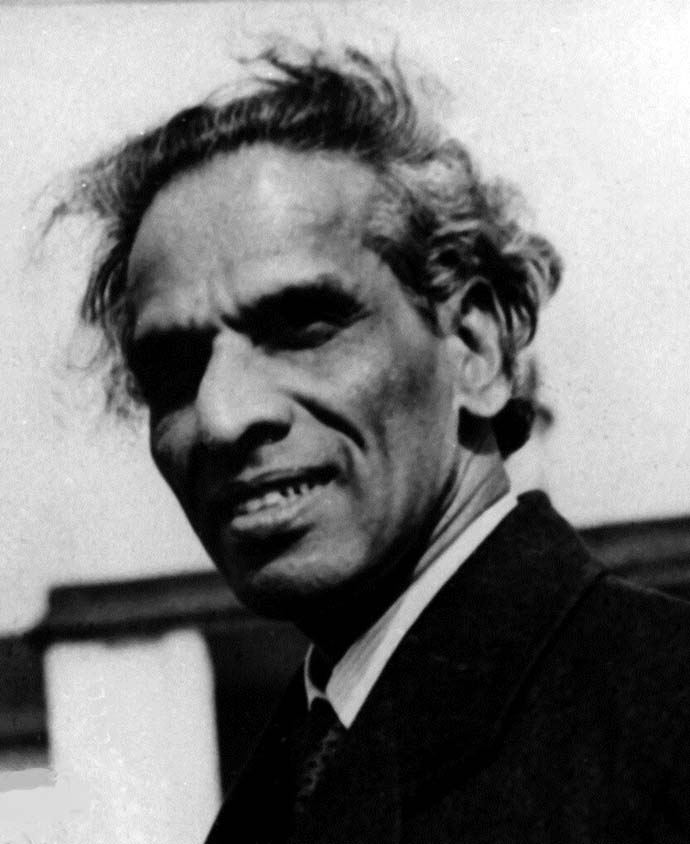 VK Krishna Menon humiliated competent military officers. Why is this a secret? (WikiMedia)

Further, without rewriting history, it is important to learn from past successes, victories, as well as defeats.

In fact, there is certainly more to learn from blunders, than successes.

The case of Lt Gen SPP Thorat’s report about the “Chinese Threat” on India’s borders is worth citing. On October 8, 1959, Thorat, then responsible for Eastern Command, sent a paper on the defence of NEFA to the Army chief, who forwarded it to the minister.

Thorat’s findings were outright rejected by Menon and, worse, Thorat was accused of being an “alarmist and a warmonger”. 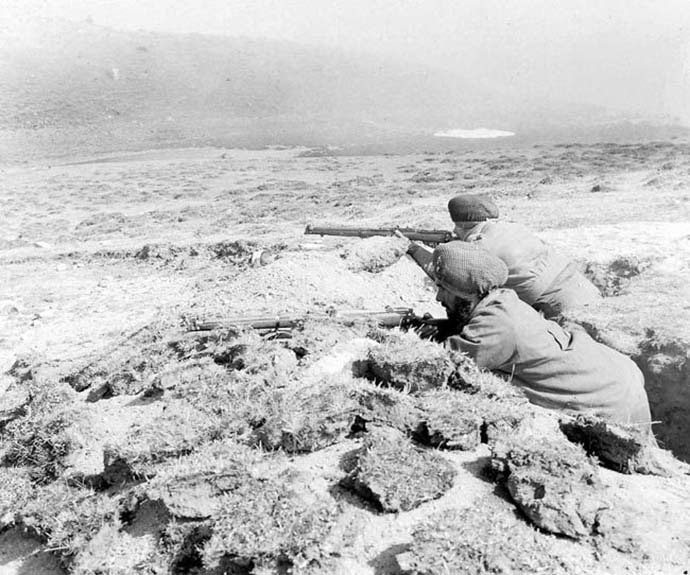 Chinese threat: Thorat alerted about the threat in 1959. But he was accused of being an "alarmist" (India Today archive)

The report began thus: “Previously, the only real threat against India which merited consideration was from Pakistan. To this now has been added the threat from China… This is primarily due to the claim made by China upon large territories which are clearly ours… (China) has also refused to recognise the McMahon Line as the international boundary and has made deliberate incursions into our territory in Ladakh, Uttar Pradesh and NEFA (North- East Frontier Agency).”

Soon after Menon took over the defence ministry, Thorat, like General KS Thimayya, the Army chief, had fallen out of Menon’s favours.

Major Gen VK Singh, who wrote one of the Army Commander’s biographies, noted that Thorat “clearly brought out that with the troops, weapons and equipment available at that time, a Chinese attack could not be contained or defeated, and the ‘forward policy’, being advocated by Menon, was not practicable.”

Thorat also provided a time table showing “how the defences would fall day by day in case the Chinese attacked.”

He advocated the use of the Air Force to counter China. Singh further noted: “When Thimayya retired in May 1961, it was expected that Thorat would succeed him as the Army chief. He was highly decorated, had combat experience, and was held in high regard in the service. Most important, he was GOC-in-C Eastern Command, and was familiar with the situation on the borders with China.”

Unfortunately for India, Gen PN Thapar got the top job; though technically senior, he had little field experience but was pliable and close to the minister. An exchange between Gen Thapar and Lt Gen Thorat shows the pettiness of the then leaders; it occurred at a time Thorat was in the process of retiring.

At 8am on June 24, 1961, Lt Gen Thorat received a letter from the Army chief who had been “asked” by the Prime Minister for his comments “on the following allegations against you (Thorat) which have come to his notice.” By the evening Thorat had answered all the points. 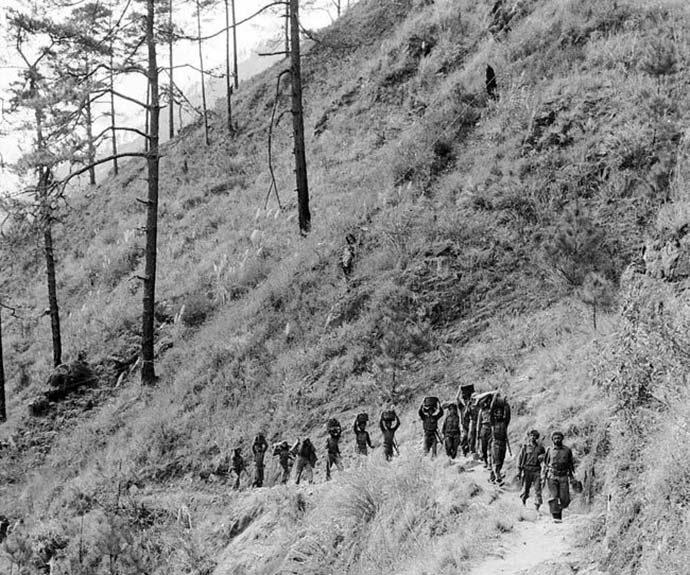 The first allegation was about a speech given by Thorat in Ranikhet where the Army commander would have said: “Indian officers were seeking promotions through political influence which was disrupting our Army, or words to that effect.”

Thorat replied that he had only said that “officers must give their loyalty to their superior commanders and through them, to the COAS (Army chief) whoever he may be. Any tendency to look in other directions for early advancement was likely to ruin the discipline of the Army.”

The habit of finding other ways of “advancement” had already sneaked into the Army, mainly due to Menon’s ways of working.

The second allegation was that Thorat would have told a senior IAF officer that he was “allergic to the defence minister whom (he) could not stand and who was disrupting the Army.”

There is no doubt that many in the Army thought that way.

Had Thorat said it openly? Thorat answered to the chief: “I recollect that some IAF officer possibly at Jorhrat or Tezpur asked why I had not been appointed COAS. To the best of my memory, I remember having replied that you were senior to me and also that the hon’ble defence minister and I were not very fond of each other.” He admitted that it was not proper to make such a statement. 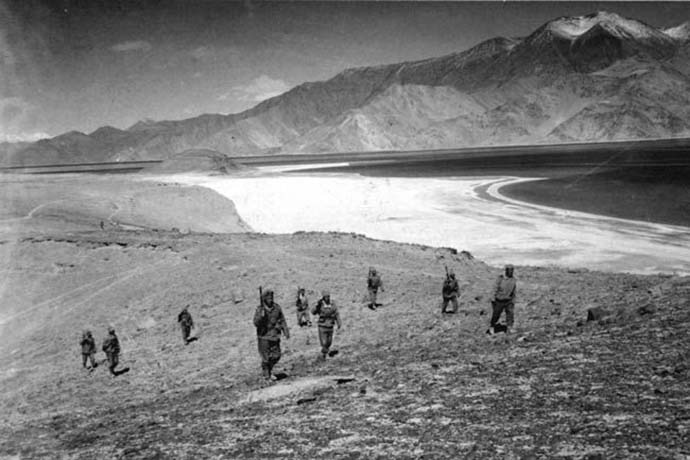 This exchange, however, shows the small-mindedness of those who asked these questions just before Thorat’s retirement. The next query was worse: “Your headquarters spent large sums of money on the farewell parties, functions and parades for General KS Thimayya in Lucknow during his visit earlier this month. How much money was spent, and how many vehicles were employed under the items mentioned above?”

The Army Commander listed “his” expenses during the farewell functions:

He went on to provide the details for the Rs 450.

Thorat’s conclusions were: “Should (the PM) not be satisfied with my explanation, I request that I may be given an opportunity to clear myself in person, in the presence of those who have made these allegations.”

Thapar had nastily written to Thorat, “These are serious allegations and cannot be ignored.”

It is said that after the war Nehru realised how right Thorat had been in his assessments and predictions. It was too late. One can only hope that the VK Krishna Menon Papers will soon be available to the Indian public; then we may realise all the blunders committed by the arrogant minister, and learn from them.

#Defence, #Jawaharlal Nehru, #Indian Army, #1962 Sino-India War
The views and opinions expressed in this article are those of the authors and do not necessarily reflect the official policy or position of DailyO.in or the India Today Group. The writers are solely responsible for any claims arising out of the contents of this article.