Why did Aparna Yadav join BJP from SP ahead of UP polls?

Aparna Yadav, Mulayam Singh Yadav's younger daughter-in-law, has joined the BJP ahead of the UP assembly polls. The move has come as a big jolt to the Yadav bastion and Akhilesh Yadav-led SP.

By bringing a member of the Yadav family into their fold, the BJP high command in New Delhi seems to have successfully avenged the humiliation of their sitting MLAs joining the Samajwadi Party (SP). Though Aparna Yadav joining BJP might not come as a shock to people who have closely watched her statements on UP CM Yogi Adityanath and PM Narendra Modi in the past few years, yet her jumping ship ahead of the UP Assembly polls has certainly come as a big jolt to the Akhilesh Yadav-led SP.

The reason attributed to her leaving SP at the eleventh hour is her being refused a ticket from the Lucknow Cantt seat. Aparna Yadav contested from the seat in 2017 on an SP ticket and lost to BJP’s Dr Rita Bahuguna Joshi.

Who is Aparna Yadav and why is the Lucknow Cantt seat important?

Born on January 1, 1990, Aparna Yadav studied at Lucknow’s Loreto Convent Intermediate College. She went abroad for further studies and obtained her Masters in International Relations form Manchester University. She is an active politician and the younger daughter-in-law of former UP CM Mulayam Singh Yadav. Aparna's father Arvind Singh Bisht is a journalist and the current State Information Commissioner. Her mother is an official at the Lucknow Nagar Nigam. 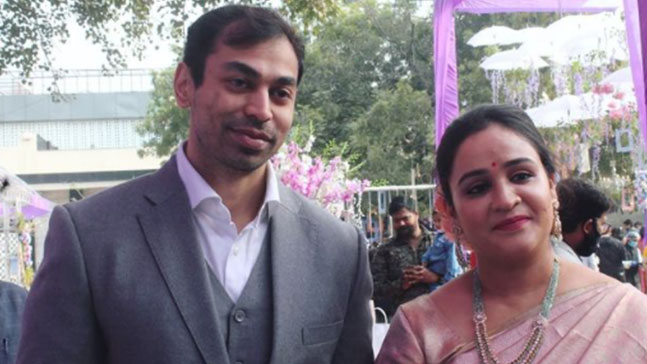 Aparna and Prateek Yadav met during their school days and had been dating since then. The couple got engaged in 2010 and got married at Mulayam Singh’s birthplace Saifai, Etawah, Uttar Pradesh in 2011.

In 2017, Aparna Yadav contested the UP Asembly elections from the Lucknow Cantt seat, but lost to BJP’s Rita Bahuguna Joshi by 33,796 votes. Aparna Yadav fetched more than 61,000 votes and stood second. The seat, was won by Joshi in 2012 too, when she contested as the Indian National Congress (INC) candidate. Joshi joined the BJP on October 2016, and won the seat again in the 2017 Assembly polls.

In 2019, Joshi won the Lok Sabha elections from the Allahabad constituency and vacated the Lucknow Cantt seat. The by-poll was won by Suresh Chandra Tiwari from the BJP. Tiwari has represented the constituency in 1996, 2002 and 2007 too.

4. NO TICKET TO FAMILY MEMBER 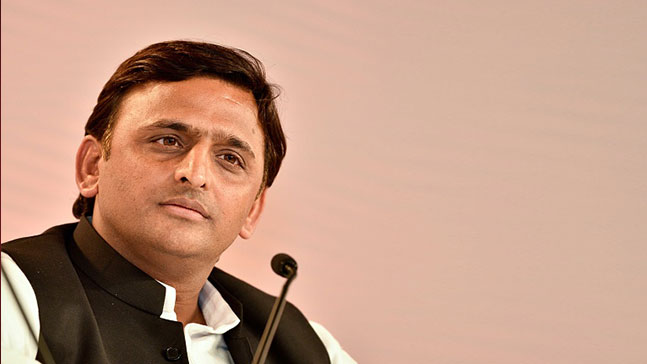 Aparna Yadav frowned when SP supremo Akhilesh Yadav denied a ticket to any Yadav family member for the UP Assembly polls 2022. Aparna has time and again said that she never left her constituency, despite her loss in 2017, and has conducted medical camps and social welfare programmes for the people of Lucknow Cantt.

In an interview with Aaj Tak in October 2021, Aparna Yadav had cited the 2016 family feud between Akhilesh Yadav and Shivpal Singh Yadav as the main reason behind her loss. She said that the people of her constituency closely saw the disturbances in the SP family, which cost her her considerable vote bank.

5. JOINING BJP NOT A SURPRISE

Though Aparna Yadav has formally joined the BJP now, she has in the past left no event where she didn’t praise the incumbent CM Yogi Adityanath and PM Narendra Modi. She came into prominence in 2014 when she applauded PM Modi’s Swachh Bharat Mission.

Aparna also supported the National Register of Citizens (NRC) in 2019, contrary to SP's stand on the issue. She had also backed the abrogration of Article 370 in Jammu and Kashmir.

Aparna Yadav, after joining the BJP in New Delhi, said that nationalism was one of the main reasons why she joined the BJP. Talking to India Today, she said that she was always impressed by UP CM Yogi Adityanath and PM Narendra Modi, and the work that they have done for women empowerment.

Yadav mentioned that the last five years of BJP rule in UP have been considerably good for women, youth, and the law-and-order situation.

She refused to speak on her contesting from the Lucknow Cantt seat on a BJP ticket, and said that it will be the party's decision ultimately.

#WATCH | Firstly, I will congratulate her and I am happy that Samajwadi Party's ideology is expanding...Netaji (former UP CM Mulayam Singh Yadav) tried to convince her: Samajwadi Party chief Akhilesh Yadav after Aparna Yadav joined BJP pic.twitter.com/aA294cMeVJ

SP leader Akhilesh Yadav, during a press conference in Lucknow today, spoke on Aparna Yadav joining the BJP. He wished her good luck and said that it was good to see SP’s ideology expanding.

Also taking a pot shot at her fondness for cows, Akhilesh said that cows in UP are starving, and that whoever keeps them in the state is committing a sin.

Aparna, even when she was part of SP, maintained a cordial relationship with Yogi Adityanath. In 2017, Yogi Adityanath met Aparna and her husband Prateek Yadav at their cow shelter Kanha Upwan in Sarojini Nagar, Lucknow. Aparna also went to visit Yogi Adityanath with her husband at the VVIP guest house to congratulate him when he became the CM of the state.

Both Aparna Yadav and Yogi Adityanath hail from Uttarakhand.

9. THE CASTE ARITHMETIC OF THE LUCKNOW CANTT SEAT

The Lucknow Cantt seat is a thorn in the eye of SP because the party has never been able to win that seat ever since it came into existence in 1992. The seat has been won six times by the BJP, four times by the Congress, once in 1977 by the now-dissolved Janata Party, and once by an INC(I) candidate in 1980.

The Lucknow Cantt is a Brahmin-dominated seat and this is one of the reasons why Rita Bahuguna Joshi won it by a huge margin. It is also called the Joshi seat.

The Sindhi-Punjabi voters, with a population of about 65,000, form the second largest group in this constituency.

#Aparna yadav bjp, #Lucknow cantt seat, #Aparna Yadav, #Up2022
The views and opinions expressed in this article are those of the authors and do not necessarily reflect the official policy or position of DailyO.in or the India Today Group. The writers are solely responsible for any claims arising out of the contents of this article.