Why Modicare is not another jumla: Busting myths about Ayushman Bharat

Building healthcare centres across India for 50 crore patients — and not budgetary allocations — is the real challenge.

The imminent launch of Ayushman Bharat, popularly known as Modicare, has critics bristling that it is another jumla. They are wrong.

Implemented properly, Modicare could revolutionise healthcare for the poor.

The first myth is about budgetary allocation: Rs 10,000 crore a year is far too little, critics say, to cover 50 crore people.

Let’s do the math.

Modicare is a health assurance scheme. Financial allocations are based on premiums. Each of the 50 crore people covered by the scheme — half of India’s adult population — will have an assured medical cover of Rs 5 lakh. The average premium insurance companies typically charge for a person aged between 30 and 40 years is around one per cent of the amount covered. Oriental Insurance Company (OIC), for example, has bid at an effective premium rate of 0.72 per cent for Modicare. 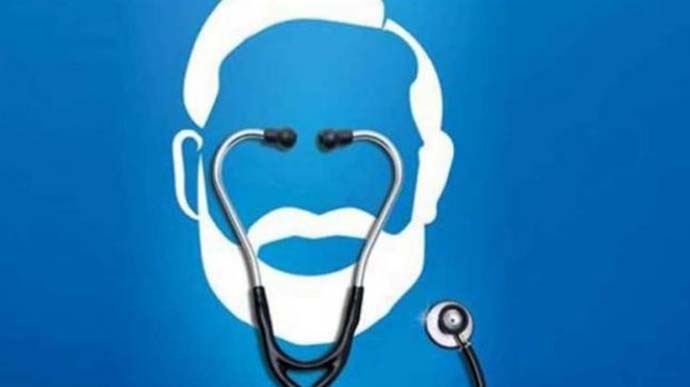 The first myth is about budgetary allocation: Rs 10,000 crore a year is far too little, critics say. (Illustration: Nilanjan Das)

Modicare coverage premiums will be shared between the Centre and the states in a 60:40 ratio. MoUs have been signed by 26 states so far. Some (West Bengal, Jharkhand, Nagaland and Manipur) have opted for a traditional insurance model. Others (Uttar Pradesh, Uttarakhand, Tripura and Himachal Pradesh) have chosen a Trust model, bypassing insurance companies and using Third Party Administrators (TPAs) to settle claims from a Trust corpus made up of contributions from the Centre and the state in the 60:40 ratio.

Yet others (Gujarat and Chhattisgarh) have opted for a hybrid model, combining a portion of coverage from public and private sector insurance companies and a portion from their own Trusts. To insure 50 crore Indians (in effect 10 crore families), certain rational assumptions have to be made.

First, not all 50 crore people are likely to fall ill and need hospitalisation in a single year. A high estimate would be 20 per cent (or 10 crore) claimants every year.

Second, not all these 10 crore patients are likely to use the full coverage of Rs 5 lakh available to them. A rational estimate, given that the majority will be treated in hospitals in small towns where medical costs are low, is Rs 2 lakh per patient per year, cutting actual reimbursements significantly.

This budget may rise in future years, but the range is well within the allocated parameters. The critics of Modicare are on firmer ground over the poor healthcare ecosystem in rural and small-town India where hospitals and healthcare centre are few (if any) and in appalling condition.

Building healthcare centres across India where 50 crore patients eligible for Ayushman Bharat can be treated is the real challenge for Modicare, not budgetary allocations.

But without it, Modicare will be hobbled. The Union health ministry, along with its counterparts in the states, must take up this task on an emergency basis to allow the full benefits of Modicare to flow to India’s poorest families who have been without assured medical care since Independence. How will 50 crore claimants be chosen for eligibility in Modicare?

Building modern healthcare centres in tier-2 and tier-3 cities to which the rural population has easier access is critical. Without such secondary and tertiary healthcare centres, Modicare will be severely handicapped.

Besides, if the construction of hospitals and healthcare centres goes apace, there will be a surge in new employment opportunities in the infrastructure and healthcare sectors. The demand for doctors and nurses will rise, allowing medical expertise to percolate to underserviced areas in the country.

In the United States, Obamacare has proved unpopular and has been systematically dismantled by its harshest critic, President Donald Trump, without a satisfactory alternative being put into place.

In Britain, the National Health Service (NHS), established by the post-war Labour government in 1948, is passing through a crisis. The annual NHS budget at £120 billion accounts for 7 per cent of Britain’s GDP.

The infrastructure is overstretched with waiting periods for surgeries routinely measured in months, not days.

Yet the NHS is a relative success, providing medical care from birth to death. It is not based, like Modicare, on an insurance model.

In India, an NHS-type healthcare infrastructure at 7 per cent of GDP would cost Rs 15 lakh crore annually — nearly the size of the entire Union Budget.

In that context, Ayushman Bharat’s insurance-based scheme is a strategically sound way to match available resources in a poor country with healthcare facilities every Indian deserves. Modicare will be judged on outcomes. And outcomes depend on professional implementation. Among dozens of welfare schemes launched by the NDA government, Modicare might well prove the most pivotal, given the potential impact it can have on the nation’s health.

Also read: ‘I was given a huge bear hug by Captain Amarinder Singh – hugging is not treason’

#NDA, #Narendra Modi, #Health insurance, #Modicare
The views and opinions expressed in this article are those of the authors and do not necessarily reflect the official policy or position of DailyO.in or the India Today Group. The writers are solely responsible for any claims arising out of the contents of this article.