Why Nehru is relevant

The key to the Nehru era is its goodness and the love which his countrymen returned to him in abundant measure.

The 2019 election campaign featured direct and indirect assaults on Nehru.

His legacy was certainly not his grandchildren (who had lived with him in a palatial establishment) or great-grandchildren, in whom the Congress shows an insensate faith. Nor Indira who achieved, lost and revived on her own terms removed from Nehru’s legacy. Her successors were demised to their own cause. The latest generation — Sonia, Rahul and Priyanka are not part of Nehru’s legacy but stop-gap arrangements created by a challenged Congress. The namdaar jibe denies rigorous history of its duty.

Nehru became Prime Minister in 1947. He had already spent 10 years of his almost 60 years of age in jail.

He lost his parents, his wife and, later, Gandhi and Patel.

He took decisions consistent with the socialist mood of the time — the concern for a welfare state remained central.

Accusation in the public domain would lead, in most cases, to objective reports and dismissals overriding his sense of betrayal. Nehru laid the foundations for India’s renewed advent into science and technology.

If dams were legated as the temples of modern India, they were the contemporary solution; as indeed, the command economy which he converted into a mixed economy with what became the ‘Hindu’ rate of growth.

In retrospect, these appear to be mistakes, but they protected India’s political and economic autonomy — when competing predatory global imperialism preyed on many nations. 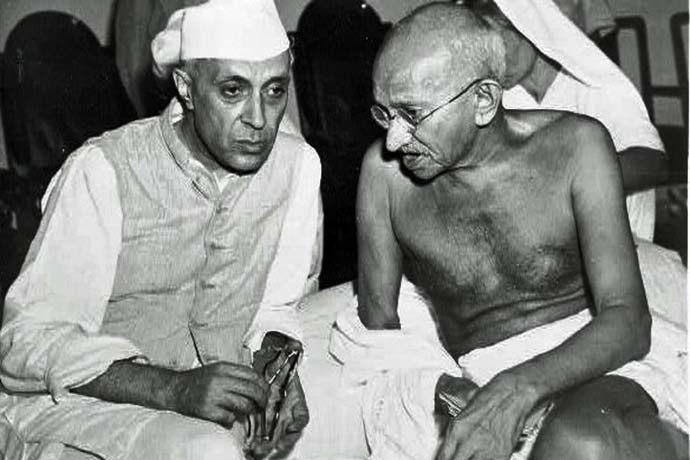 Leaders of other nations loved and respected Nehru in ways that have complimented few world leaders. (Photo: India Today)

His foreign policy created a Non-Aligned Movement with benefits in aid and support from all.

He was not wrong to go to the United Nations over Kashmir which was not a problem created by him and would otherwise have led to wars.

That he had warning signals on Tibet and the Chinese borders does not detract from the moral position that Tibet had become an enslaved nation.

Leaders of other nations loved and respected Nehru in ways that have complimented few world leaders.

Nehru was the quintessential democrat. When hauled up for the abuse of parliamentary privilege — for disclosing details of the American fleet to the public before making a statement in Parliament — he apologised.

When the Madras High Court hauled him up for contempt, he prepared to answer the rule of law. He debated in Parliament with full accountability with a detail that is now surrendered to brute majorities and chaos.

He kept in touch with chief ministers with above-board correspondence, free from intrigue.

Wary of the corporate hold on the press, he established the First Press Commission to examine its working. But during his lifetime, and after, it was journalists and Opposition leaders who wrote the most adulatory books and articles on him.

He welcomed criticism as bonafide, responding to it thoughtfully.

In the 1930s, he wrote an anonymous article about how easy it was for the Congress to be dictatorial, warning against it becoming a reality.

He was a team player resisting autocracy in the Prime Minister’s Office.

Unlike the PMs of our time, Nehru engaged in meaningful discourse, not vindictive revenge.

Nehru was aware that religion was a divisive force which tore the subcontinent apart.

Reflecting on the antecedents of the Babri Masjid phenomenon, in 1949, he reacted to “frenzy mobs” destroying mosques; wrote to General Lockhart to protect the Anglo-Arabic library; ordered stopping a cinema being built between two mosques in Jalandhar, reacted to 15 mosques being converted into temples and sought their return.

Nehru’s secular policy had three clear elements: (i) As long as he was “at the helm of affairs, India would not become a Hindu State” (ii) Everyone had a right to celebrate their beliefs and faiths within reasonable limits (iii) The State could not take sides in matters of religion.

Secular warrior Nehru’s policy was one of what I have called “celebratory neutrality”.

Ideally, he viewed religion rationally so that people do not fall prey to its ills. But when we saw him celebrating festivals and dancing with tribals, we knew his heart assimilated a love for India’s social, religious and linguistic diversity minus their ills.

It is impossible to imagine anyone of accusing him of a communal conflagration. Nehru’s faults led to mistakes. He trusted easily, was accused of wrong policies, weaknesses, favouritism and indecision.

While the critique of Nehru must continue, there is no room for subjecting him to vilification or abuse. Without him, India’s democracy would not have survived. He was wary of the judicial power, but he nurtured an independent judiciary and the rule of law.

The key to the Nehru era is its goodness and the love which his countrymen returned to him in abundant measure. To make him the target of electoral jibes is churlish. No nation can survive without concern and care for the liberties and welfare of all. That is his legacy which will hopefully remain even after his name is relegated to history by lesser people.

Also Read: Wooing The Minority: Overlooking India's Hindu majority was only one reason why Congress missed the bus to power