Appointed after the incumbent Congress government came to office in March 2017, the former Punjab & Haryana High Court Judge was asked to probe the spate of incidents of desecration of the Sikh holy scripture — Guru Granth Sahib — after October 2015.

He was also to inquire into the circumstances that led to Punjab Police personnel opening fire on a gathering of peaceful protesters, which resulted in the death of two Sikh devotees, besides grievously injuring several others at Faridkot’s Behbal Kalan village on October 14, 2015. 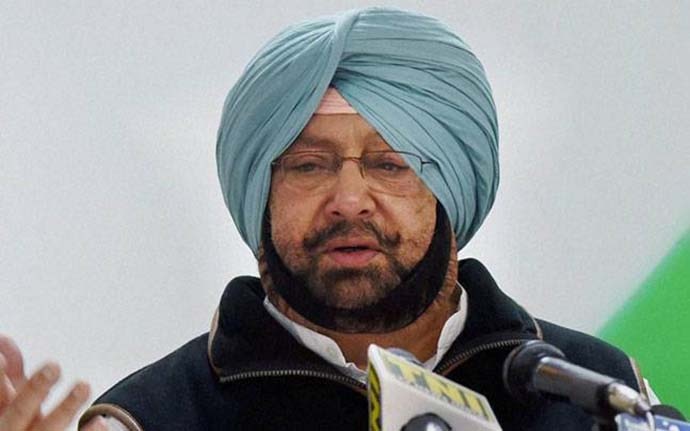 The judge also probed a related police action at Kotkapura, where one protester suffered gunshot injuries. The Commission’s report and a five-page supplementary report submitted to the state government on June 30 and August 16 respectively, have squarely indicted the SAD patriarch and former chief minister, Parkash Singh Badal for the ‘brutal’ police action against Sikhs peacefully demonstrating against the first incident of desecration at Bargari village in Faridkot district.

The former CM is named in the supplementary report, in which the Judge has elaborated on his purported role: “Earlier the commission had in its report observed that the facts might indicate the involvement of the CMO, but it is now clear that the chief minister and the CMO were apparently kept in the loop about the action proposed by the police and the action finally taken at Kotkapura.”

He also notes, “There is sufficient material available on record in the form of telephone calls between the deputy commissioner, Mantar Singh Brar MLA, Gagandeep Brar (the then Principal secretary to CM)...The chain is thus complete and clear that the CM Parkash Singh Badal was not only in touch with district administration but was in touch with DGP as well and was quite aware about the situation developing at Kotkapura and also about proposed action by police.”

The SAD has meanwhile rejected the commission’s findings as motivated and a conspiracy to defame the Akali Dal. Senior Punjab cops have been accused of lathicharge and firing at the protesters after the infamous Bargari sacrilege incident, 2016. (File photo: PTI)

SAD chief Sukhbir Badal accused Justice Ranjit Singh of his report in cahoots with Congress leaders and Sikh radicals. The report also directly blamed the state police for employing “unwarranted” force on peaceful protesters who were reciting the Gurbani, at both Behbal Kalan and Kotkapura. It states that the firing at Behbal Kalan, which resulted in the death of two Sikhs, was without any warning and without taking permission from civil authorities.”

Besides the initial incident of desecration, wherein several torn pages of the Guru Granth Sahib were found scattered about Bargari on October 12, 2015, Justice Ranjit Singh has taken note of 162 separate instances, including 12 that occurred after March 2017, during the tenure of the incumbent government.

It all had, at the time, provoked massive outrage amid the Sikh community, which comprises nearly 60 per cent of Punjab’s population and revere the Guru Granth Sahib as a living guru. Scores of angry Sikhs came out on to the streets to join protests that quickly took an intensely violent turn, following the police firing at Behbal Kalan and Kotkapura. The SAD has rejected the commission’s findings as motivated. (Photo: India Today)

The continuing outrage, fuelled every passing day with news of fresh incidents of sacrilege involving the Sikh scripture, had forced the then incumbent SAD-BJP government to replace its director general of police and transfer investigation of the Bargari incident to the Central Bureau of Investigation.

Senior police officers say the situation was used to fan communal tensions across Punjab by Pakistan’s Inter Services Intelligence and Khalistani elements within the Sikh diaspora. It also resulted in the radicalisation of several youths, who are known to have willingly signed up to be part of Khalistani terror modules in the state.

Notably, the police have busted nearly a dozen such modules and recovered a sizeable cache of weapons since April 2017. While Justice Ranjit Singh’s report is evidently being used by both the ruling party and the Opposition to score brownie points, bereft of the politics of it, its findings are important and certainly need to be investigated in detail by a police agency. And that’s something that the CM has solemnly promised to do.

Also read: Remember this: Maoism aims to end not just BJP or Congress, but democracy itself

#Police torture, #Sikhs, #Punjab government, #Amarinder singh
The views and opinions expressed in this article are those of the authors and do not necessarily reflect the official policy or position of DailyO.in or the India Today Group. The writers are solely responsible for any claims arising out of the contents of this article.