Despite not fighting these elections, Raj Thackeray has emerged as a huge force in Maharashtra's polls, grabbing public attention and making the BJP nervous. How?

So when was the last time you saw a person who is not a stakeholder in elections — and is yet at the centre-stage of political hustle bustle? As the fourth and final phase of polls takes place in Maharashtra on Monday, one factor that has undoubtedly dominated the campaign is that of Raj Thackeray. Raj Thackeray: He's dominated this election. Without even having a direct stake. (Photo: PTI)

Not long ago, political pundits had written him off. His party performed poorly in 2014's Lok Sabha and Assembly polls. Almost all his candidates lost deposits in Lok Sabha elections, while only one MLA won in the Assembly elections — he too quit the party later. In the BMC, 6 out of his 7 corporators switched over to Shiv Sena. The party was at an all-time low.

Raj tried to keep himself and the party relevant through his political cartoons. But the BJP and Shiv Sena had designed a strategy of ignoring Raj Thackeray. Almost all A-listers who were with Raj when he formed the party deserted him. Just one month ago, no one thought that at a time of high-pitched elections around nationalism, Hindutva and Rafale, a leader of a listlessly low party would dominate the campaign in the state.

Raj Thackeray is a good orator — that is no new story. So, what made a party that is not contesting one single seat in the Lok Sabha elections so indispensable in the political scenario in Maharashtra?

The reasoning is multi-layered.

Raj Thackeray's rallies are being attended by lakhs. His rallies are different from the ones that we saw earlier. Raj is known for his firebrand speeches, a free-flowing use of expletives, his speeches often laced with threats, sometimes indulging in theatrics by an impeccable mimicry of state leaders. But, in the last one month, he has refrained from doing any of this. His speeches or presentations have been in-depth, well-researched, and most importantly, excellently presented.

Raj has introduced a new style of political rally or fact check that is more of an audio-visual presentation than an election campaign speech. Thousands gathering for his speeches are carefully listening to him as he tears into the claims made by PM Modi. His presentation juxtaposes PM's claims and reality. Addressing nearly eight rallies across the state, the MNS chief showed video clips of sharp contrasts between old promises that were made and the status of delivery.

Raj's catchphrase of "Lav re Video" (play that video) had become a rage on social media. 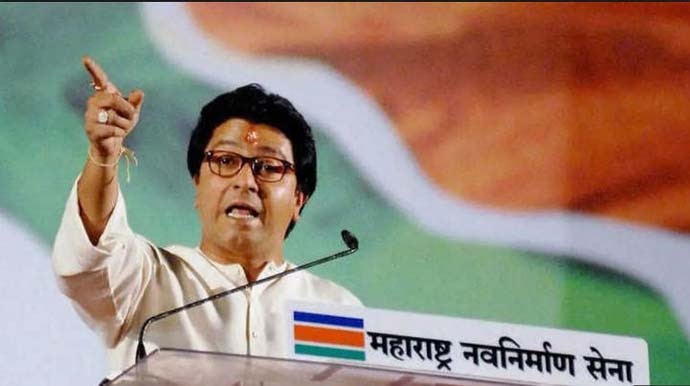 With his fact-check style speeches, Raj Thackeray's 'Lav re Video' has become a rage of a phrase. (Photo: Twitter)

The 2014 elections saw the advent of the use of social media in campaigning. Political parties, especially the BJP, used social media to drive through a point to first-time and young voters. Raj Thackeray went beyond, depending on his fiery oratory and presenting himself in a style that would be understandable — and, more importantly, relevant with millennial voters. The gamble Raj played was clever — he did not field one single candidate knowing well that in a political fight between the two strong alliances, the BJP-Shiv Sena and Congress-NCP, he may not stand a chance. He made a choice where he had nothing to lose. The fear of loss of face was eliminated — thus leading to a no-holds-barred campaign.

Flashback 2012 — Raj Thackeray was invited by Narendra Modi, the then-CM of Gujarat. On his return, the MNS supremo not just praised Modi's work but also pitched him as the next PM candidate even before his own party did. The camaraderie was lost after Modi became PM. Once upon a time, when everyone was good friends. (Photo: Narendramodi,in via India Today)

It was this history with Modi that Raj so desperately wanted to erase. His audio-visual presentations not just gave him an opportunity to launch a series of attack while comparing pre-2014 Modi with PM Modi, but in the presentations, through fact-checking, Raj told a story of how Modi apparently lied to people with big-ticket promises, and how people got carried away - including Raj himself. While driving home a point, Raj also cleverly distanced himself from his past of praising Modi.

What Raj presented was not earth-shatteringly new. In a new role of fact checker, he presented arguments that were there in the public domain but articulated them in an audio-visual presentation which clicked with the public.

The BJP had initially adopted a strategy of ignoring Raj Thackeray for the last five years — but given the kind of response Raj was getting has made them sit up and take notice. Apart from reading into the claims, Raj also invited models used in the BJP campaigns and people used in propaganda machinery (even unverified supporters sometimes) to attack the BJP. The BJP initially attacked Raj by calling him a parrot speaking on behalf of NCP supremo Sharad Pawar. But even the BJP was well aware that this wasn't going to work much as PM Modi himself too has been close to Pawar and called him his political guru once. It was a catch 22 situation — ignoring Raj anymore could have been disastrous. Taking him head-on was necessary — and the CM took up the task himself.

So much so that towards the end of campaigning, the speech of CM Devendra Fadnavis - the biggest campaigner for the saffron alliance — had more than 50% of time dedicated to Raj Thackeray. Rahul Gandhi-Pawar was left noticeably behind. What appeared an NDA vs UPA battle in Maharashtra became a Modi's BJP Vs Raj battle in Maharashtra. Why I say Modi's BJP here is because Raj himself hasn't gone beyond Modi and Shah — he is calling his crusade for Modi-mukt Bharat, not a BJP-mukt one. As of now, it appears that Raj's rallies may succeed in neutralising the damage that the Prakash Ambedkar-led Vanchit Bahujan Aghadi could make to the UPA candidates.

It took the CM of Maharashtra to take up Raj Thackeray's challenge to the BJP. (Photo: ANI/PTI)

Whatever result Raj's gamble would yield is secondary. One thing is for sure - it has resurrected his party. There is an argument presented by the BJP, that the NCP-Congress alliance, especially Sharad Pawar, is 'using' Raj. On the contrary though, it could just be the opposite. The upcoming state assembly elections will show how much Raj's gamble has paid off for him. But for sure, Raj has found a way out from his bad patch - he has taken up the opposition space. At present, he is the only mass leader in the opposition with a pan-Maharashtra presence and a huge following. With his new avatar, Raj is once again back in his mettle, perhaps more than before.

Also Read: Priyanka Chaturvedi: 'Congress speaks of ideological change. But it uses Raj Thackeray for its cause. Doesn’t it show lack of leadership in Maharashtra?