History is often politically distorted and it is sometimes only decades later that one discovers it.

The image that successive governments left of the Panchsheel Agreement is that it was ‘the best thing’ that Nehru did. Unfortunately, the facts do not tally with the myth. 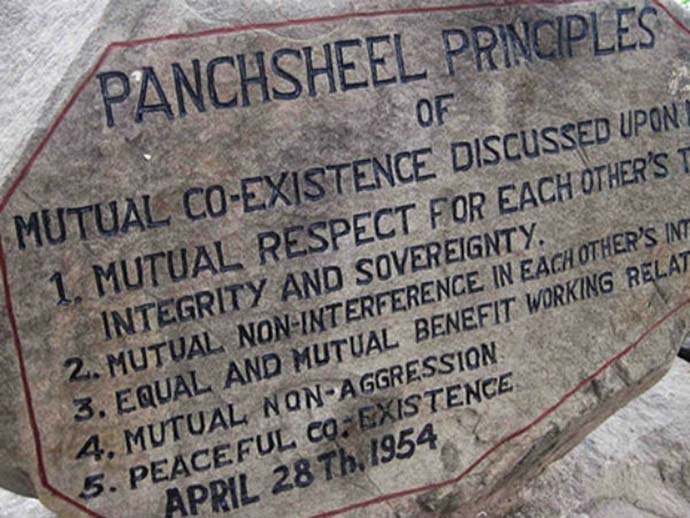 Worst-negotiated treaty: Historical documents, recently opened to the public, shed some light on how the accord was arrived at (Photo: Twitter)

The ‘five principles’ were just a small preamble of the ‘Agreement on Trade and Intercourse between the Tibet region of China and India’, signed on April 29, 1954 in Beijing by Indian Ambassador N Raghavan and Zhang Hanfu, the deputy foreign minister of China; it was about mutual trading and pilgrimage rights.

On May 15, Nehru admitted to Parliament that the agreement had settled the fate of Tibet, a peaceful independent nation, which was suddenly deprived of its autonomy: “So far as Tibet is concerned, it is a recognition of the existing situation there,” Nehru stated.

For the Prime Minister, the most important feature of the Agreement was not the fate of the Tibetans, but the ‘wider implications for world peace’.

During the debate which followed, most of the members from the Congress and the Communist Party were enthusiastic in their endorsement of the agreement.

Acharya Kripalani, however, strongly attacked the government policy: “We feel that China, after it had gone Communist, committed an act of aggression against Tibet.”

A few years later, Kripalani would call the Agreement, “Born in Sin”.

Historical documents, recently opened to the public, shed some light on how the accord was arrived at; retrospectively, it is clear that it has been the worst-negotiated treaty post-Independence. Whatever position and advantages India had in Tibet were lost week after week during the four-month hard talks in Beijing, while the border issue was left hanging …it is still pending 64 years later.

One incident which has never been related outside South Block needs to be related. On March 13, 1954, NT Pillai, the secretary general of the ministry, wrote to the Prime Minister about the private life of the glamourous Indian Chargé d’affaires in Beijing who had written to Nehru about his private life.

The secretary general was deeply upset: “Every foreign service officer is expected to obtain the government's permission before he marries a foreigner.

Had Kaul been an unmarried man, a widower, or divorcee, his request for permission to marry a Chinese girl would have caused us enough worry, if only because we know nothing of the antecedents of the girl.”

Not only did Kaul have a lawfully wedded wife and two children, but more critically for India, he was conducting tricky negotiations with China.

Even in normal times, this is called a ‘honey trap’; in this case, India’s relations with Tibet and the fate of the common border depended on the outcome of the talks.

Pillai rightly pointed out: “If the new partner is to be a foreigner, even the legality of the alliance is open to doubt, and the government cannot by according their administrative approval, legalise what is not permissible under the law.”

Pillai said that in the case of Shankar, he was sent back to his province, “We cannot treat Kaul very differently. At the same time I do not suggest we should threaten him with expulsion from the ICS.” 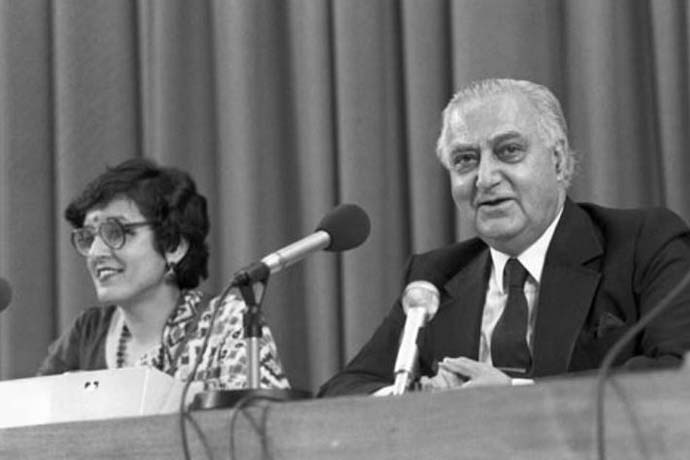 A month before, the PM was told about TN Kaul's 'serious affair' with a Chinese woman ( Photo: RIA Novosti when he was ambassador to Soviet Union)

Pillai considered Kaul’s request for two months’ leave ex-India on the conclusion of his duty in Peking unreasonable: “It is his duty to return to India and report to us on the negotiations in which he has participated. With his past record, he will not, we hope, shirk his obvious duty.”

Was the intransigence of the Chinese negotiators connected to the fact that they had a hold on Kaul?

It is difficult to say for certain. In any case, it was unheard of that a senior diplomat, holding crucial talks for his nation, could have at the same time, an affair with an ‘unknown’ lady from the opposite side.

The Prime Minister immediately replied to Pillai’s note: “I would like Kaul to return to India as soon as possible without waiting for end of Tibetan talks which I presume are nearing completion.”

The next day, Ambassador Raghavan took over the negotiations. Though he was asked to return to India immediately, Kaul took four weeks to come back to Delhi.

The PM ‘spoke’ to him; he was however transferred as joint secretary in charge of China, where he officiated several years.

India not only lost its advantages in Tibet, but it missed an incredible opportunity to settle its border with China; a gentle neighbour was lost while the guilty officer was forgiven… and promoted.

Is there another country in the world where this could happen?

Also read: Why India should engage in development work with China in neighbouring regions