International Women's Day: How 'her' voice in Nepal's politics is louder than ever before

Yet, we have miles to go.

Nepal has been undergoing swift, radical and unpredictable changes as a fledgling democracy. This perhaps is the (dis)advantage of being a small, ‘in-transition' nation. On the occasion of the International Women’s Day, it is useful to discuss one area in which Nepal has shown the way and emerged as a groundbreaking example to our bigger neighbours — the area of women’s representation in politics.

Ever since the ratification of the Convention on the Elimination of all Forms of Discrimination Against Women (CEDAW) in 1991, Nepal's international commitment has been to ensure meaningful representation of women in social, economic and political and educational sectors — a central tenet of CEDAW is the right of women to contest and hold public offices at all levels of the government.

As a result, the representation of women in elections has grown by leaps and bounds.

While only 3.4 per cent of seats at the national level were held by women in 1991 and 1992, it grew to 32.7 per cent in the 2017 general elections. Currently, a total of 90 out of 275 seats in the House of Representatives are held by women — an unparalleled number in South Asia.

In the National Assembly, a historic 37 per cent of total members are women. 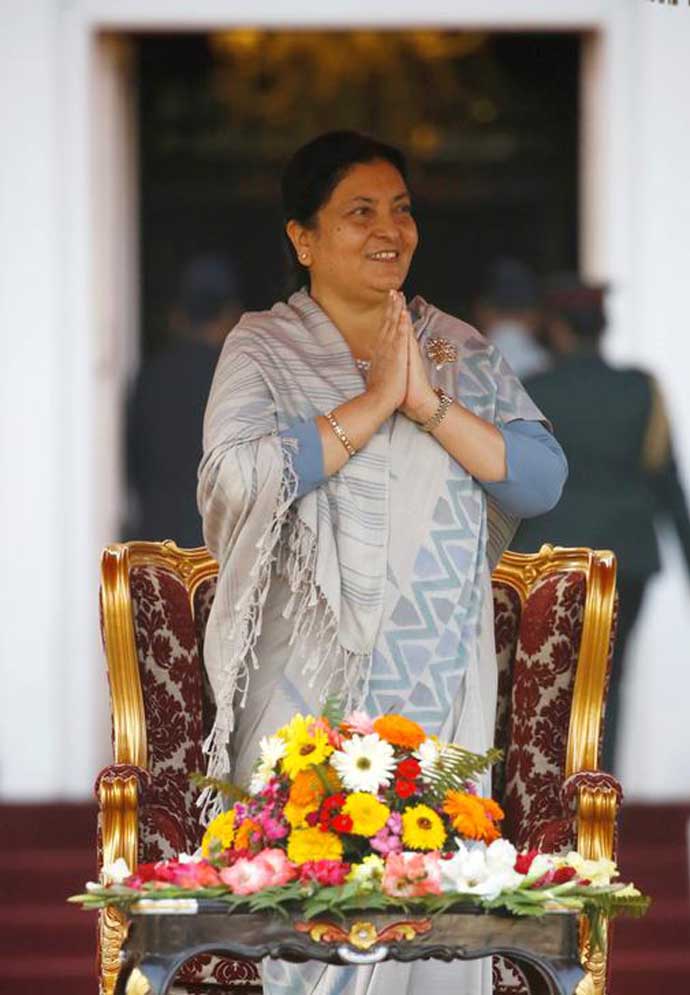 Consequently, we have by far the most inclusive legislature in the entire region — with a global ranking of 33 out of 193 countries ranked on the basis of women’s representation in Parliament. This is by no means a small feat and is a result of positive discrimination that forms a part of an inclusive constitution and a committed Election Commission of Nepal.

Any policy with a top-down approach is generally doomed to fail. It’s the same when it comes to women's empowerment and participation in politics. Unless there is a critical mass of political workers at the grassroots, the seats on top will exist only if they are legally protected. This is not desirable and this is why the representation of women in local government is fundamental for their success at the national level. According to natural evolution, the political leadership formed at the grassroots level will groom, refine and prepare itself for the state-level politics and so on to the central-level politics.

This was realised very well by the constitution makers. Our Constitution ensures that at least one woman and one Dalit member is elected in each ward, adding up to a total of 40 per cent female seats. The political parties were directed to field at least 50 per cent female candidates at all local levels, including urban and rural municipalities, sub-metropolis and metropolis.

Hence, the aggregate result of the untiring efforts of the ECN and the enabling provisions of the Constitution, the elections held in 2017 saw 34 per cent of women in provincial Assemblies, 41 per cent in local governments, 33 per cent in the House of Representatives and 37 per cent in the National Assembly.

This is nothing less of a silent revolution happening.

To add to our democratic glory, Nepal also has a female President, re-elected in the last election. Still, we have miles to go. (Photo: Reuters)

These numbers are a testament to the revolutionary changes in politics and society that Nepal is undergoing. Development is expedited when women are at the helm of affairs, as it has significant effects on the economy and society. The ECN has been successful in conducting inclusive elections that have resulted in proportionately inclusive electoral participation. The Constitution has guided the Commission to strengthen its commitment to recognising the diversity within the communities and the diverse gender roles within those communities. The legislative proposals put forth by the ECN reflect these commitments to meaningful representation.

Yet, we have miles to go. The fact remains that the political arena today is frightening for women, and hostile to newcomers. Nepali society remains deeply patriarchal. Women face many obstacles such as family responsibilities, gendered roles, insecurity, economic and social subjugation, etc.

In spite of a clear provision in Chapter III, Clause 15(4) of the Political Party Relations Act, every party must ensure that there shall be one-third women in their committees at all levels, including Central committee. Political parties have yet to comply. The Election Commission has been consistently reminding the major political parties to ensure that their committees include 33 per cent women at all levels.

To remedy these, the Commission is now looking at the political process holistically. The code of conduct prescribes that campaigning must be gender-friendly and should not hurt the dignity of women. It also prohibits character-assassination of women candidates. It ensures that there are structures in the dispute-resolution mechanism that addresses systematic electoral violence against women. 21-year-old Ranju Neupane was a mayoral candidate in 2017. (Photo: Reuters)

In its internal functioning too, the Commission has tried to ensure a perspective of Gender Equality and Social Inclusion (GESI) in all that it does, including in the draft bills that Commission prepares and other regulatory legal frameworks. The Commission has appointed focal points for GESI at all district election offices across the country.

The long-term goal is to see women boldly run for office without social taboos and socio-economic obstacles that the patriarchal society places in their way. The Commission has been an important cog in the wheel when one talks of empowering women in Nepal. After all, inclusive election with meaningful representation is the ultimate panacea to the success of democracy in Nepal.

There may be doubts cast over the capacity and competence of the newly elected women in office, but the women are here to stay. Exposure and learning on the job are the best way. Let a couple of election-cycles pass. The immensity of social and political transformation will be unbelievable. Our country is sitting on a silent revolution that is underway and its far-reaching implications are encouraging.

Also Read: Women in politics are just politicians. They are not saris, jackets, or a particular kind of laughter