Last year, he elevated his status in the CPC beyond that of his two predecessors by enshrining his eponymous ideology into the CPC Constitution.

Chinese President Xi Jinping finished the year as he started it: firmly in command. The last meeting of the Central Committee on December 26, 2017 — which was also its first sitting since the October party congress that marked the start of Xi’s second five-year term — set the tone for 2018 by heaping praise on the President, declaring that it was “the aspiration of the whole Party and the people to have Xi, general secretary of the CPC Central Committee, serve at the core of the CPC and its Central Committee.”

“Under the leadership of the CPC Central Committee with Xi at the core,” the Central Committee declared after its two-day meet, “China has made historic achievements and witnessed profound changes since the 18th CPC National Congress in 2012. Xi has shown firm faith and will, clear commitment to the people, extraordinary political wisdom and tactics and a strong sense of responsibility, in leading the CPC and China in the great struggle with many new contemporary features.”

In 2017, Xi elevated his status in the CPC beyond that of his two predecessors by enshrining his eponymous ideology into the CPC Constitution. This means that Xi’s word is now the law — and anyone questioning is effectively now questioning the party. 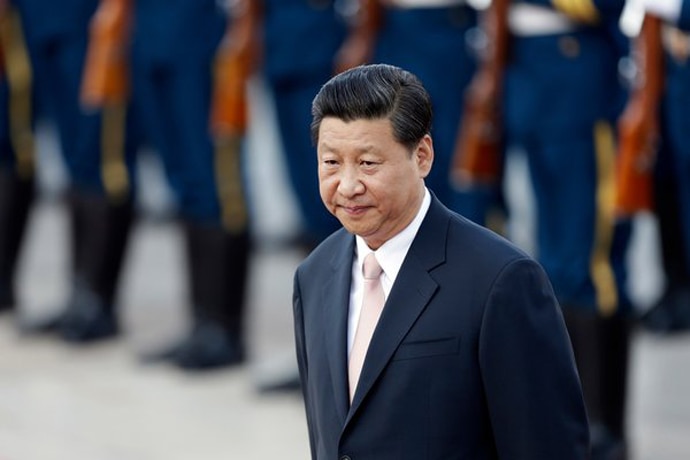 Xi is here to stay, and with him, a more muscular and proactive China on the world stage. Xi indicated as much in his annual new year’s address, which was broadcast on new year’s eve on all Chinese television channels, also providing a rare glimpse of Xi in his den: his office in Zhongnanhai, the central leadership compound, as he sat behind a large desk with two bright red phones — the secretive internal communications system that links all top officials — and family portraits of his daughter and parents.

“As a responsible major country, China has something to say,” Xi said in his message, echoing his October speech at the party Congress that spoke of China moving to the “centre stage” of the world. “China will resolutely uphold the authority and status of the United Nations, actively fulfil China's international obligations and duties, remain firmly committed to China's pledges to tackle climate change, actively push for the Belt and Road Initiative, and always be a builder of world peace, contributor of global development and keeper of international order,” Xi said, while also highlighting what his government had achieved in 2017 (he flagged the creation of 13 million jobs and GDP rising to $12.3 trillion, as well as 10 million people lifted out of poverty).

Xi also said the country should work towards its 2020 goal of eliminating poverty. In 2018, China will mark the 40th anniversary of its economic reforms, which Xi flagged as another milestone.

#CPC, #China, #Xi Jinping, #2018
The views and opinions expressed in this article are those of the authors and do not necessarily reflect the official policy or position of DailyO.in or the India Today Group. The writers are solely responsible for any claims arising out of the contents of this article.