Uttar Pradesh Chief Minister Yogi Adityanath sat down for an interview with The Lallantop, on subjects ranging from the Hathras rape and Lakhimpur Kheri violence, to watching a Kangana Ranaut movie once UP polls are over.

The reign of Yogi Adityanath as the CM of Uttar Pradesh is as interesting as his government’s rule in the last five years. From bulldozing his way across contenders like Keshav Prasad Maurya and Manoj Sinha, the five-time MLA from Gorakhpur stunned everyone when he walked into the Lok Bhawan in Lucknow on March 18, 2017.

Yogi Adityanath’s governance in UP in five years has been satisfactory to some, and problematic to others. After five years on the throne of UP, the CM has a lot to answer for. A month before Uttar Pradesh go to polls, Yogi Adityanath sat down for an interview with Saurabh Dwivedi, Editor, The Lallantop, to talk about the highs and lows of his government, from Hathras to Lakhimpur Kheri; and even the fact that he is waiting to watch a Kangana Ranaut movie once the UP elections are over.

Here are 7 major highlights from the Yogi Adityanath Lallantop interview:

1. PEOPLE SHOULD BE RELIEVED OF GANGSTERS 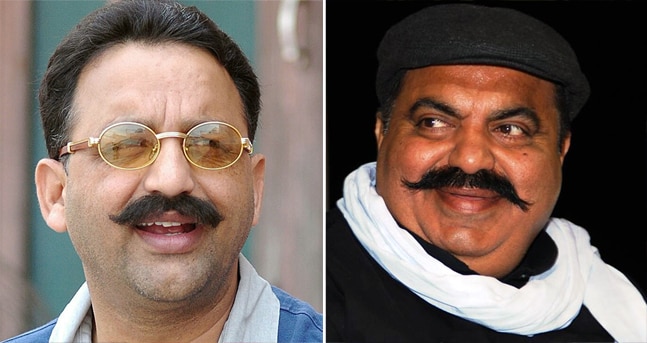 The Yogi Adityanath-led BJP government in UP was stern in its treatment of criminal-turned-politicians like Mukhtar Ansari, Ateeq Ahmed and several others who were a part of the previous Samajwadi Party (SP) and Bahujan Samaj Party (BSP) governments. On the treatment of criminals, Yogi Adiyanath said, ”The people should be provided relief from these gangsters in any manner.”

On the death of Gangster Munna Bajrangi in Baghpat Jail in July 2018, Yogi said that the matter is subjudice and the judicial inquiry commission’s result is awaited.

Gangster Prem Prakash Singh, known as Munna Bajrangi, was shot dead by gangster Sunil Rathi in the early hours of July 9, 2018 in Baghpat jail, a day after he was shifted there. His wife had expressed apprehensions on the life threats on her husband. In a similar fashion, on May 14, 2021, members of the Mukhtar Ansari gang were killed in the Chitrakoot jail.

2. CONSPIRACY OF RIOTS AFTER THE HATHRAS INCIDENT

On the Hathras gang rape, Yogi Adityanath said, ”The journey from Delhi to Hathras is of three hours, but it took 12 hours for the body [of the victim] to reach. The next day, a decision relating to Ram Janam Bhoomi in Ayodhya was awaited and behind this, the conspirators wanted to create riots in Western Uttar Pradesh. We can't disclose the details under which circumstances the police cremated the girl’s body. But the police took consent of the girl's family and did not do it at its own discretion.”

The UP CM said that the CBI is conducting an inquiry in the Hathras case and that the accused should be punished.

3. MORE DEATHS IN US & BRAZIL THAN UP DURING COVID SECOND WAVE

Yogi Aditynath said that the UP government handled the second Covid-19 wave well, even better than the United States and Brazil. He said that more people died in the US than in UP, though there isn’t much of a population difference. 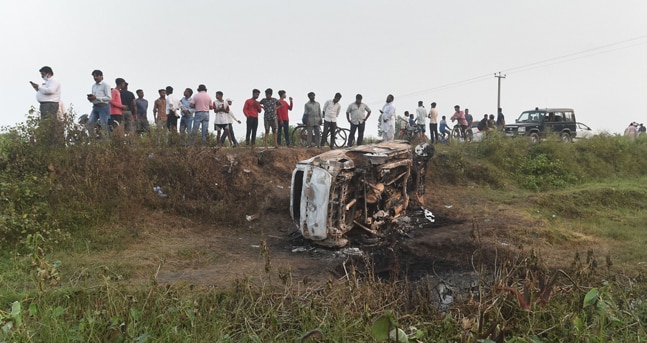 The Chief Minister when asked about the Lakhimpur Kheri incident, said that his government handled the situation well. Yogi Adityanath said, ”We took action on the very first day of the incident. The incident was unfortunate and there were concerted efforts by vested interests to invoke further tensions. We didn’t let the matter get aggravated. Over the post mortem of four farmers, we called doctors from SGPGI, KGMU and even Delhi AIIMS as demanded. We got the autopsy done a second time to let them know the full truth.”

"We made a judicial commission, an SIT, to investigate the incident. Then, when the Supreme Court said that much more could be done, we asked the SC to create an investigation committee, which they did," said Yogi Adityanath.

5. AKHILESH NOT CAPABLE OF BEING A LEADER

Yogi Adityanath also came down heavily on former Uttar Pradesh CM Akhilesh Yadav. The UP CM took a dig at his predecessor, saying that what else can one expect from a leader 'who wakes up at 12 noon, and then goes cycling at 2 pm'.

The CM said, “Akhilesh is not a capable leader. He doesn't have any vision for the state. He could have given houses to poor people in the state, but he didn’t. Our government gave homes to 43 lakh people; Akhilesh could have done the same. He could have got toilets made for the poor under the Swachch Bharat scheme. But he didn't. We gave 2,61,00,000 toilets to the poor. We also provided jobs to poor women of the villages.”

6. WILL WATCH KANGANA RANAUT MOVIES AFTER UP ELECTIONS Yogi Adityanath also praised Bollywood actor Kangana Ranaut for her 'strong views', as well as movies. Calling Ranaut a 'courageous woman', Yogi Adityanath said that he would want to watch Kangana-starrer Thalaivi, the biopic on former Tamil Nadu CM Jayalalitha. The UP CM also praised the actress for making a movie on Ayodhya.

On being told that Kangana makes a lot of controversial statements, the CM said, ”In this country, anybody who speaks the truth is made controversial, so there is nothing new in that.”

7. LARGEST FILM CITY IN UP

The UP CM also talked about building the largest Film City in Uttar Pradesh soon, "We have started the whole process, and soon there will be a foundation stone laying ceremony." But will filmmakers have to get their scripts approved by the government before shooting in the UP Film City? "We hope the films made here are made keeping in mind the culture of the state... this Film City will be a global film city. For the entire world!"

#Yogi adityanath and akhilesh yadav, #Up second covid-19 wave, #Yogiadityanath
The views and opinions expressed in this article are those of the authors and do not necessarily reflect the official policy or position of DailyO.in or the India Today Group. The writers are solely responsible for any claims arising out of the contents of this article.