Not a poll sop: Why politicians must understand the legal aspects before announcing reservations

Yogi Adityanath declared 17 OBC communities to be treated as Scheduled Castes. Didn't he know that only Parliament has this power?

Once regarded as an instrument of social justice, caste-based reservations have become a political tactic to get votes.

Bharatiya Janata Party’s success in the general election emboldened Uttar Pradesh chief minister Yogi Adityanath to declare that 17 Other Backward Class (OBC) communities are to be treated as Scheduled Castes, in a bland direction to issue SC certificates.

No consultation, no examination of legality.

The UP CM totally overlooked that, under Article 341, only Parliament has this power.

The Union government would have slept over this but for Bahujan Samaj Party MP Satish Mishra raising the issue in the Rajya Sabha. This forced the Union minister to confess that the UP CM had no power to do so.

But Jammu and Kashmir (J&K) was not spared new quotas to gerrymander the next, now postponed, Assembly elections.

The plan was to increase Hindu constituencies to change the balance of power. This was a sneaky move, supported by extending the President’s Rule instead of an elected government. The UP CM totally overlooked that, under Article 341, only Parliament has this power. (Photo: Reuters)

Meanwhile, the Bombay high court declared that the Marathas were OBC in that state and were entitled to 13 per cent quota in jobs and 12 per cent in education.

Of course, this would take the total reservations in Maharashtra to between 62 per cent and 63 per cent, well beyond the cap of 50 per cent.

Why did this happen?

Because of the upcoming elections.

But the impetus came from a huge agitation with violent threats from a privileged community, capable of bullying an entire state into submission.

Is that the way we grant quotas to the coercively powerful — with the window-dressing of an investigative committee?

These were to operate without affecting the quotas for Scheduled Castes and Scheduled Tribes, and OBCs.

At present, quotas are capped at 50 per cent, as ordained by the Supreme Court.

How will the adjustment be made? 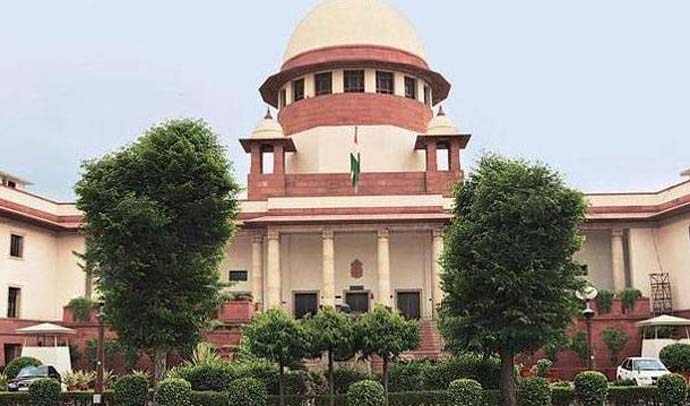 Solution Primus would allow the barrier to be breached without showing exceptionality. Solution Secondus would be to reduce the OBC quota.

Another crisis, another rank discrimination.

When the nine-judge bench in Indra Sawhney & Others vs Union of India (1993) considered this very issue by six is to three, it decided that pure economic criteria were not available for granting preferential quotas. In the pre-election debate in the Rajya Sabha, Congress’ Kapil Sibal supported the policy of reservation but rightly warned that, in its present form, the amendments would be unconstitutional as violative of the basic structure.

As was stated in M Nagaraj & Others vs Union Of India & Others (2006), Parliament does not define the nature and extent of a right.

If it seeks to change the identity or width of a right, it would violate the basic structure of the Constitution.

These tests were confirmed by a nine-judge bench in IR Coelho vs State of Tamil Nadu (1998).

The Court will decide. But that is not the point.

Was it not Parliament’s duty to refer this measure to a Select Committee? This is the nub of the problem.

Political parties play to the gallery and leave it to the courts to find a solution.

Adityanath’s reflexes had to be contradicted by his own party at the Centre. The courts have been doing a balancing act since 1963 by interposing the 50 per cent rule, containing carry over, excluding the creamy layer, excluding reservations for highly qualified posts and cautioning that reservations should not continue indefinitely.

But all political parties are willing to compromise the Constitution which they have sworn to defend.

The point is not as to who will eventually win the case, but whether Parliament made an honest bonafide attempt to examine the constitutional limitations with discerning dexterity.

We simply cannot dump major issues before our courts and then blame them for judicial activism.

But can we rely on the judiciary?

So far, its message on reservations has followed the approach that a balance has to be struck, to maintain equity.

Every time political parties disagreed with the courts, they amended the Constitution.

This amounts to toying with the Constitution. In the latest decision on Karnataka, of May 2019, a two-judge bench of the Supreme Court encouraged political populism by holding that the prescribed quota are mandatory.

This was also followed in the Maratha reservations case — shutting out all avenues for resolution and surrendering judicial discipline to idiosyncrasy and appealing indiscriminately to their self-proclaimed duty to transformative constitutionalism.

Reservations have been around for 79 years since the Constitution came into effect. Its rationale was based on considerations of discrimination and disadvantage. But quotas, which are only part of the quest for justice, cannot be at the expense of fairness to all. A new public debate is required.

Also Read: Why India should shake off a caste-based reservation system entirely