Zaira Wasim's decision to quit is sinister: This is not spiritualism but dangerous political Islam

In this view, women of the faith can have no freedom, no talent, no life beyond being actual and sexual slaves of men. Who are free to do as they like. Zaira Wasim's withdrawal is so scary.

Zaira Wasim’s spell in the movies has thus far been a fortuitous one. Her debut film Dangal was fantastic, as was her second outing Secret Superstar. Both won numerous awards. With her 'I came, I saw, I conquered’ attitude, Zaira burst upon the scene, acted in films and won immense love from the audience in no time.

But, much to everyone’s shock, she has just declared that she is leaving the acting profession because the world of films is apparently damaging her imaan, her faith. Citing numerous verses of the Quran, she wrote in a recent Facebook post that she has chosen to find her way back to her religion.

Why does one need to give up a profession for the sake of one’s religion? That’s where the quandary lies. Millions of working professionals across the world are managing their religious duties with ease — not one of them faces a problem in that regard! Zaira Wasim has been loved in the range of roles she was able to pull off. (Photo: YouTube)

Of whatever I have seen and heard of Zaira, her dresses, the way she conducts herself, how she speaks, she has always come across a smart young girl.

So why is she hell-bent on destroying a promising career?

Why has she chosen to give up acting?

Is she doing this of her own free will?

Has she indeed learnt the Quran so well that while writing her Facebook post, she has repeatedly quoted verses from the text? I strongly feel Zaira’s words are not her own. Someone else has likely written it for her, someone who is possibly a staunch Islamic fundamentalist, someone who can at any moment transform even possibly into an Islamic terrorist and commit murders unhesitatingly in the name of religion. Perhaps Zaira is being coerced into leaving the world of films — just like how some years ago, the all-female Kashmiri rock band Pragaash was forced to give up music. The Grand Mufti of Kashmir had issued a fatwa against girls performing music and the girls received so many death threats that they were ultimately forced to disband.

There are male bands in Kashmir, of course, but fatwas are not issued against them. Kashmiri men act in movies as well but they never face any threats because of it — neither are they ever forced to quit.

Zaira could very well have turned down the movies being offered to her and silently left the industry. But instead of doing that, she publicly stated that acting apparently harms one’s imaan, one’s character, besides displeasing Allah and insulting the faith.

Her announcement is a dangerous one as it is political.

This is not Islam — this is ‘political Islam’. It is the variant of Islam that is, to my mind, responsible for global terrorism. Her proclamation is effectively a means of communicating to all devout Muslim girls of the country that they must take heed! They must quit acting or not even consider it as a profession, just as they must not consider the worlds of music, art or literature, anything in fact that requires them to step out of the confines of the house. That independence is haram for women! Women are meant to stay indoors and study the Quran and the Hadith, pray and keep fasts and always wear the burqa if they need to step outside, so that strange men never catch a glimpse of their body. Women must stay at home and look after the husband’s belongings, serve him and give birth to his children, whom they must train to be devout — Islam permits no other vocation for women except these.

Through Zaira, Islamic fundamentalists have yet again revealed their harsh, unforgiving, misogynous doctrines in front of the world. The terrorists of ISIS believe that other than being actual and sexual slaves of Muslim men, Muslim women have no other role to perform, that the latter are little more than private property for their menfolk. Properties are not supposed to have a world or a life of their own — freedom and rights are prohibited for them. 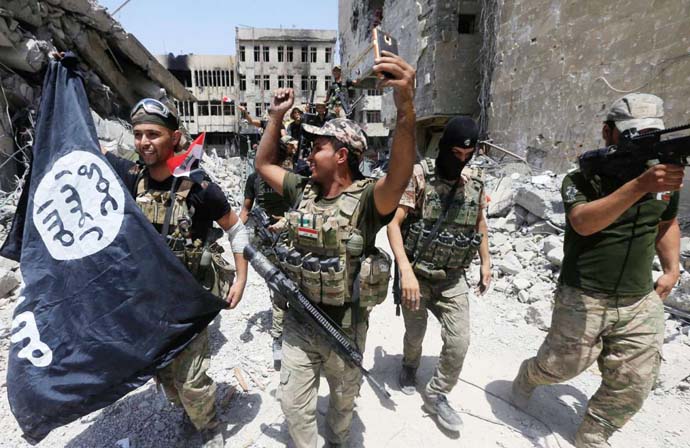 The ISIS and other terror groups preach that women of the faith are 'property' and have no freedom. (Photo: Reuters)

The ones who have likely composed Zaira’s post have meant to foreground this very fact — by ostensibly forcing her to leave acting, they have proved that they are still considerably powerful. In fact, even death threats against Muslim women artists have been issued.

At such a juncture not just Bollywood but every progressive individual of the country must come together in protest against this nefarious conspiracy of destroying the career of a talented actress, by relegating her within the dark confines of the burqa in the name of religion.

But the problem is that no one, except a few stupid Islamophobes, ever opposes these misogynous Islamic fundamentalists.

Where are the feminists, secularists, the human rights defenders, the true intellectuals, the writers and artists?

How much longer must women’s talents be hacked to death at the altar of such religion, how many more talented individuals must we lose?

If we cannot protect Zaira today, then we must prepare ourselves for many more gifted Muslim women in the future who will be forced to give up their talents and be confined to the home.

It is not possible to follow Islam a hundred percent, not even by Muslims. So they have chosen what they wish to follow and how much, which is usually whatever suits their purpose at any given point of time. In Islam, it has been decreed that a thief shall lose his hands — does that mean Muslims don’t steal? The Muslim countries especially are immersed in corruption — thieves get to keep their hands intact fairly often. 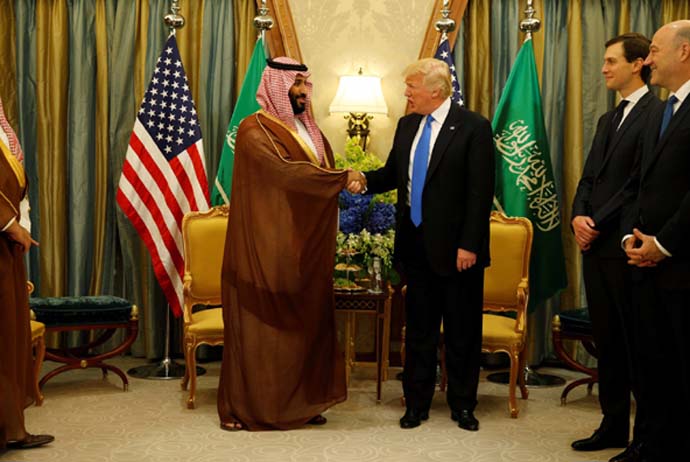 No. They don't seem to dislike Donald Trump. (Photo: Reuters)

Men don’t really follow all the true tenets of Islam — but repeatedly they have tried to force women to do so, simply because it’s an easy thing to do to coerce women.

Since the structural patriarchy of our society has long held women in its clutches, since Islam itself is patriarchal, they have used the faith to further oppress already persecuted women.

To know the truly terrifying face of Islam one must then turn one’s gaze towards Muslim women. We have numerous instances of women who have cast aside the restrictions of Islam to go out into the world, to study, to work, to become self-reliant. What we always miss are the numerous women who remain languishing in the darkness, who remain in the shadows despite their gifts, simply in order to save themselves from the cruelties of the faith.

Despite it being forbidden in Islam, many Muslim countries like Bangladesh, Pakistan, Iran, Egypt, Jordan, Lebanon, etc., continue to make films. There, the filmmakers as well as the performers are all Muslims. When has acting ever been at odds with someone’s religious beliefs?! If it has not been a problem for thousands of actors and actresses, why is it such a problem for Zaira?

Is she not of the faith? Or, for that matter, he? (Photo: YouTube)

I believe it’s not Zaira who has the problem but the people who are forcing her into quitting. Or if Zaira has been completely brainwashed perhaps, then it is the people who have done the brainwashing who are the ones with the real problems.

In such an influential industry such as Bollywood, a successful and popular actress will be made to vanish in the name of religion and everyone will silently stand and stare — can that be condoned? But protesting this will mean upsetting the Islamic fundamentalists, which in turn will mean losing one’s ‘secular’ label. That is primarily what the intellectuals of this country are afraid of. It is fine as long as the protest is about any other fundamentalist from any other faith but the moment it’s the Muslim fanatics who do something, one has to keep one’s mouth shut. These are the tenets that the secular liberals of this country abide by. Minorities, no matter how intolerant, misogynous or barbaric, no matter what crimes they commit, must always be regarded with mercy.

When the intellectuals are so afflicted with hypocrisy it is truly a sorry state of affairs for society.

I was later driven out of my second home in West Bengal as well. One can scarcely imagine how many more girls must have been similarly forced to give up music, dance, painting, education, jobs or businesses. Women are not supposed to nurture dreams, neither can they aspire for independence. So Zaira too possibly has no independent say of her own — all her wishes and desires are being controlled by the guardians of the faith.

What other kind of goodbye can be more terrifying than this in a democratic country in the twenty-first century!

Either Islam must be reformed or women must give it up — I see no other solution otherwise.

I have no faith in the government about this. The government has never taken any sort of steps against these fatwaphilic mullahs, so why would they start now?

#Muslim countries have film industry, #Emotional post on social media, #Zaira says religion comes in the way, #Zaira wasim quits film industry
The views and opinions expressed in this article are those of the authors and do not necessarily reflect the official policy or position of DailyO.in or the India Today Group. The writers are solely responsible for any claims arising out of the contents of this article.