Why stop at Zomato's Muslim food delivery boy? Haters, boycott all these to be a proud nationalist!

If your food has a religion, then you should make these anti-Muslim lifestyle changes to make sure you make you keep your own beliefs intact.

The well of hatred is apparently bottomless. Now that the dam has burst, the poison comes out in jets, streams and rivers of hate, trying to consume anyone and everyone with a Muslim name.

We are all familiar with the phenomena of some cab passengers refusing to travel with drivers who are Muslim as names show up on bookings. Some months ago, when my driver was on leave (a Hindu, I must confess), I got a Shahid on one of the taxi service apps. He was from Chattarpur, not far from my house, had invested in a new car, but said he was inclined to give up the Ola/Uber business because he had got tired of passengers not wanting to ride with him — and cancelling when they saw his name.

I stored that incident away at the back of my mind till this morning when I saw a tweet put out by an alleged human being who went reportedly by the name of Amit Shukla@NaMo_SARKAAR. This individual apparently describes himself as the following on his social media handle: MBA business and project Consultant Solar Power Smart City Tech Nationalist Proud Hindu.

He reportedly wrote on Twitter, starting a trending topic, “Just cancelled an order on @ZomatoIN they allocated a non-Hindu rider for my food they said they can’t change rider and can’t refund on cancellation I said you can’t force me to take delivery I don’t want don’t refund just cancel.”

He also reportedly added another tweet, saying, “Zomato is forcing us to take deliveries from people we don’t want ….will discuss the issue with my lawyers.” 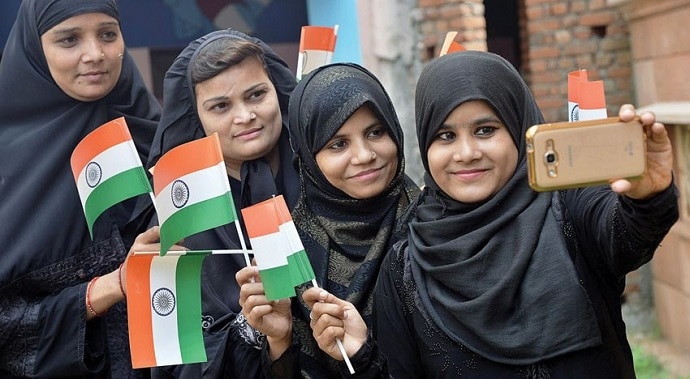 They're smiling. For how long? (Photo: IANS)

To the credit of Zomato, they stuck to their ground and responded to the ensuing hysteria on social media with these lines:

This is the confirmation pic.twitter.com/BV7QvCwR94

For the moment, it is a good thing that a business has refused to pander to open communal profiling of its workers. But there would be other business and delivery services, smaller than Zomato, that would not want to annoy customers and incidents such as this give them another reason to pause before hiring a Muslim.

A climate where such individuals are proudly showcasing their hatred suggests that in a shrinking job market, Muslims will have it even harder than others.

Meanwhile, I’ve made a list of all the things Mr Shukla, his friends and like-minded individuals could boycott:

Petrol, fuel and diesel: Since most of these commodities are imported from Muslim countries, they may consider using bullock carts. Or, they could demand to know the origin of the oil? For instance, ask that petrol pumps announce the origins of the oils — say, if it is from maybe Venezuela or Saudi Arabia. India imports 82% of its oil needs, so that potentially poses a problem. In case it’s Venezuela, they should ponder whether Christian nations giving oil is acceptable. Is Hindu pride at risk here?

Or better still, since the offended individual claims to work with solar energy, it is possible to switch to a solar vehicle. That would also be good for the environment and perhaps they could, as proud Hindus, begin an environment-friendly movement against fossil fuels.

Handloom fabric and Benarasi silk sarees: They should definitely start investigating the source of fabric used in clothes — as well as stop buying Benarasi silk sarees for Hindu weddings since a majority of the weavers are Muslims. So, factory-made nylon or synthetic fibres can be an alternative for Hindus. A lot of cotton handlooms are woven by Muslims and it is hard to tell one weaver from the other — so just stop wearing handloom fabric. No, a 'proud Hindu' should not wear this. (Photo: YouTube)

Hindi films: There are just too many Muslim actors, directors, writers, lyricists and composers involved in the Indian film industry. There can be an honest attempt at segregating cinema choice on the basis of Hindu-only productions but it may take the fun out of the process and you never know when a Muslim spot boy creeps in the final credits. 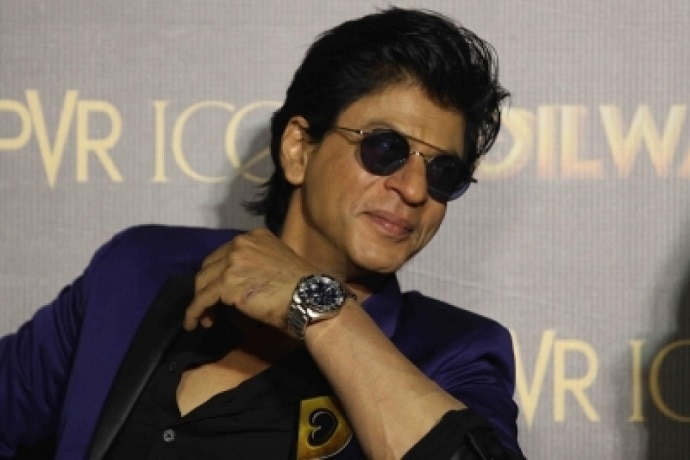 Time to boycott him? The top slots in Bollywood are ruled by Muslims. So, why bother, right? (Photo: IANS)

An alternative can be television and it will warm the cockles of their hearts with hysterical anchors screaming about injured Hindu pride, the greatness of the current political leadership, the treachery of those who oppose them, besides regular fulminations against Kashmiris, Muslims, Pakistanis and so on. Watch endlessly.

Old Hindi film songs: You never know when Mohammad Rafi creeps into your playlist as he seems to have sung everything during the golden years of Hindi cinema. Even bhajans were sung by him, written by Shakeel Badayuni and composed by Naushad. These Muslims are insidious people, so best to turn off the radio whenever old songs come on.

Needless to say, Hindustani classical music must be completely boycotted as all the gharanas have a pluralistic and syncretic tradition, with Muslims founding many of the most influential gharanas.

Now that we have dispensed with music and clothes, a final word about vacations. Never mind that the Taj Mahal is the most visited tourist site in India. Boycott it, and do so with the Red Fort and Agra Fort. Those Mughals must be erased from your history. Go to Ayodhya and encourage others to join you on the magical pilgrimage tour of India.

In Delhi, you could drop the Qutub Minar and choose India Gate (built by the British) once you have figured out whether Christians are acceptable, even if Muslims are not.

And, the next time you need a carpenter, please check their religion — it’ll make the process a little harder but always say 'Hindu First'. Need a carpenter? Have you checked their religion first? (Photo: Reuters)

All these decisions will help you puff up your chest and convincingly claim to be a proud Hindu Man, no Muslims welcome here.

Also read: Who's afraid of Jai Shri Ram? Only the false liberal brigade whose hypocrisy is clearly showing now