How cricket and Rashid Khan taught Afghanistan to dream again

A record of 51 wins out of 98 One Days and 41 out of 63 T20 Internationals show the Afghanistan team is worth its salt.

Afghanistan brings to our mind the ragged mountains of Karakoram, Gandharba, the homeland of Gandhari in Mahabharata. When we think of Afghanistan, we think of Kabuliwalas, money lenders, fruit vendors, who would make their annual trip to this part of the country with the choicest of nuts, apricots, spices. We remember Rehmat the estranged father, his friendship with Mini so beautifully portrayed in Tagore's "Kabuliwala".Afghanistan plagued by constant warfare, passed on from one superpower to the other, turned into a region of terror, destruction and debris owing to the whims of mujahideen and the Taliban has suddenly found a beacon of hope — cricket. 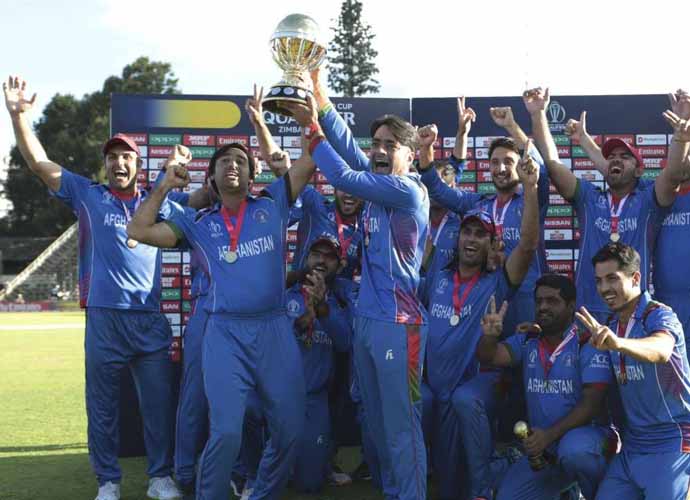 The Soviets invaded Afghanistan in 1979. Determined to run the country along Marxist principles, they put an end to monarchy, tried to abolish the conservative Islamic traditions and were guilty of killing the aristocrats. Fearing for their lives, many Afghan fled to Pakistan and America.

Meanwhile, finding the oil-rich Persian Gulf slipping away from their hands Ronald Reagan and Jimmy Carter held secret meetings with mujahids. The United States, Saudi Arabia and Pakistan funded and helped to arm the local warlords, who helped to overthrow Mohammad Najibullah and the Soviet government in 1992. People were in delirium, but it did not take long to figure out that the situation had worsened. Internal conflicts, rebellions, atrocities against women multiplied. Kabul and Kandahar were turned into states of lawlessness and chaos. The Taliban, a group of students brainwashed and fed with extremist Islamic ideals, armed in military tactics came to power in 1996. Terrorism, plane hijacks and genocide became the order of the day and all that remained was a land in ruins.

The US finally realised the situation had gone out of hand post 9/11. It waged a fully fledged war to destroy its own creation that had taken a monstrous form. Afghanistan was freed from Taliban but battle-worn and scarred for life, the civilians had little to offer. That is until cricket arrived.

The Taliban banned Afghans from playing all kinds of sports, but after sometime agreed to let men play cricket. Sharing a border with Pakistan and India, cricket was probably always in Afghan blood; they just needed a forum to showcase their talent. In fact, the earliest instance of cricket being played in Afghanistan dates back to 1839 when the sepoys played against the British cantonment. 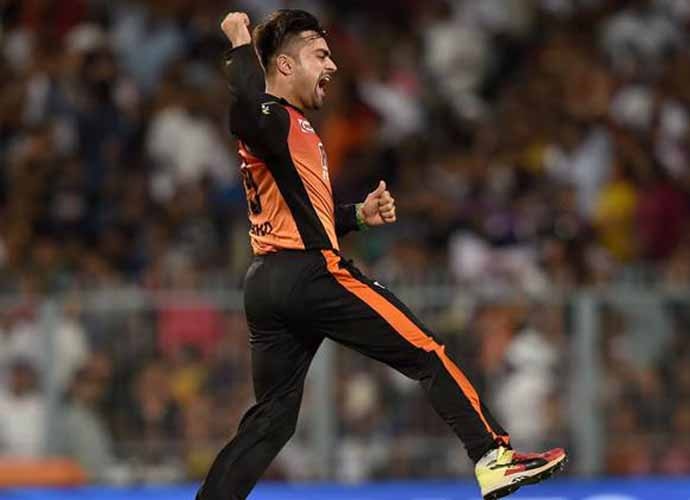 Afghanistan was an affiliate member of the International Cricket Council (ICC) since 2001. Only in 2013, it got an associate status. Finally, in 2017 owing to their recent successes, it got full membership status and was introduced as the twelfth Test playing nation (Ireland was the eleventh). The years in between tell a tale of courage, determination, sacrifice of the new age Afghan warriors.

Owing to infrastructural and security concerns, Afghanistan does not have a home ground. They play their home matches in neutral venues such as Sharjah in UAE and Dambulla in Sri Lanka.

They are currently hosting Bangladesh for a three-match T20 series at Dehradun in India. An international stadium in Afghanistan is still some time away.

In an age of home dominance, a record of 51 wins out of 98 One Days and 41 out of 63 T20 Internationals show Afghanistan is a team worth its salt despite the standard of the opposition.

Till 2017, Afghanistan did not have a set first-class infrastructure to groom young talent. In 2003, the national team decided to play in a second division tournament in Pakistan to get practice. They followed it up with practice matches against second string county sides in England. In 2006, they demolished a MCC team led by Mike Gatting. Till 2008, Afghanistan was in division five of world cricket league playing against the likes of Uganda and Tanzania. Cricket was a pleasant pastime but no one could foresee how it would turn out to be a game changer soon.

Afghanistan won its first tournament in 2007. It shared the ACC T20 cup with Oman after the final ended in a tie. In 2008, it won both the division 5 and 4 of world cricket league while the following year, it qualified for the 2010 T20 world cup. Afghanistan was eliminated in the group stages after losing to India and South Africa. In the match against South Africa against the likes of Dale Steyn and Morne Morkel, they were reduced to 14-6 but fought on to post 88. Eventually, they lost the game but managed to prove they would not go down without a fight. The minnows won the silver medal in the Asian Games (gold went to Bangladesh) after India and Pakistan refused to send their teams to Guangzhou.

Afghanistan was slowly moving up the ranks. The nation won the Intercontinental Cup (first class tournament among the associate, world league members). Afghanistan failed to qualify for the 2011 World Cup but impressed ICC enough to get a One Day team status for four years. In the following year, they appeared at the T20 World Cup, exiting at the group stages again. However, they had managed to restrict the famed Indian batting line up to 159. The likes of Shapoor Zadran and Mohammad Shahzad had arrived.

Afghanistan was inducted as an associate member in 2013. The team participated in the 2014 Asia Cup and qualified for the ICC World Cup for the first time. Afghanistan managed to defeat Scotland by one wicket and the whole of Kabul celebrated together. Afghanistan had finally arrived on the global scene. There was an explosion that reverberated across the streets. It was an explosion of joy.

After defeating Zimbabwe in a bilateral ODI series, Afghanistan entered the top 10 ICC rankings for the very first time. Buoyed by recent success, Afghanistan invested in a proper coaching staff with the likes of Lalchand Rajput, Inzamam Ul Haque, and Phil Simmons being selected as head coach. The team defeated eventual champions West Indies in the 2016 world T20. 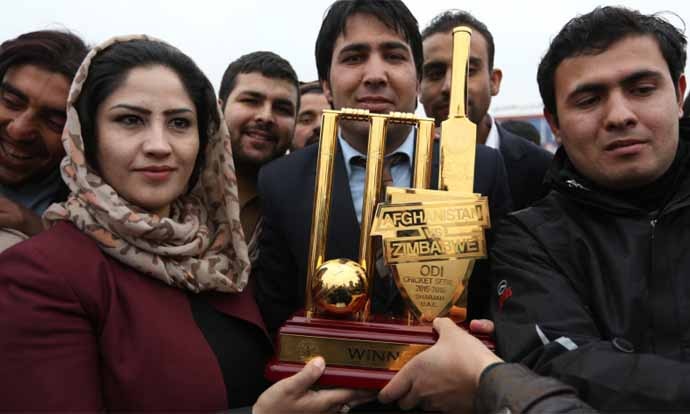 As of now, Afghanistan are ranked 10th in ODI and 9th in T20I (ahead of Sri Lanka) rankings. Rashid Khan occupies the first and second position in One Day and T20 rankings, respectively. In the recent World Cup qualifiers, Afghanistan seemed down and out with three consecutive defeats but the indomitable Afghans scripted a historic comeback to win the tournament beating West Indies twice in the process. Today, Afghan people support their heroes Nabi and Rashid as they play around in global T20 leagues.

The same streets that were empty owing to fear of terror remain empty when Afghanistan play international cricket. Kabuliwalas were seen cheering Rashid Khan as he single-handedly took Sunrisers Hyderabad to the IPL final.

Teenagers without an aim in life taking up guns can look up to a Mujeeb Ur Rahman, a 17-year-old, who outfoxed Virat Kohli with a brilliant googly. Forgetting the horrors of the past 30 years, a nation has found its identity suddenly. Cricket has inspired Afghanistan to hope again, it has given them the courage to believe in miracles.

Phil Simmons recently praised Rashid Khan saying, "above the 19-year-old body there is a 30-year-old head". He was not wrong. Rashid Khan became the fastest to take 100 wickets achieving the feet in only his 44th ODI. Rashid has a bowling average fewer than 15 both in ODI and T20 cricket. His teammates fondly call him Afghanistan's Shahid Afridi. Plying his trade in BBL and IPL, Rashid has become a household name.

In fact, he himself claims to be the most popular Afghani after President Ashraf Ghani. As India jokingly offers him a citizenship, the feisty Pashtun continues to dedicate his wards to the soldiers slugging it out in Jalalabad. Rashid Khan bagged the ICC Associate player of the year award this year.

Mohammad Shahzad, the overweight wicket-keeper-batsman has no qualms about his weight. A self confessed MS Dhoni fan, Shahzad claims he can hit bigger sixes than Kohli. Mohammed Nabi, the all-rounder, has the highest score by a batsman below number seven in T20s. A spell by Mujeeb or Dawlat Zadran is sure to leave you dazed.

Come June 14, Afghanistan will take on India wearing the prestigious whites for the first time. The whole of Kabul will come to a standstill. On the other side of the border in India too, a group would be cheering for the Afghans because without them cricket would have been poorer today.

#One day cricket, #T20 cricket, #Rashid khan, #Afghanistan cricket
The views and opinions expressed in this article are those of the authors and do not necessarily reflect the official policy or position of DailyO.in or the India Today Group. The writers are solely responsible for any claims arising out of the contents of this article.