Seven reasons why the coach couldn't have come in the way of the captain.

Both former cricket coach Anil Kumble and current Team India captain Virat Kohli are great guys and champions in their own right. Together they achieved a lot of things in the last year. It is quite unfortunate that they didn’t get along and one of them had to go.

Here’s why Kumble rightly gave way to Kohli for the benefit of Indian cricket:

1) In cricket, the captain rules, not the coach

In football, the coach is the boss and a virtual dictator. He comes with a strategy and stays for years to implement it. Football coaches yelling at the top of their voices near the boundary is a staple in international games.

That is not the case with cricket, where the coach can at best be an adviser or mentor. On the field it is the captain who is the boss and has to keep changing the team’s strategy depending on the situation.

Field placements. Bowling changes. Batting order changes. It’s quite a dynamic game. Cricket also happens to be among the most complicated games in the world with too many variables and it is the captain who has to keep taking non-stop decisions.

Reports said Kumble was the “alpha male” in the dressing room and that didn’t work. His coming down on the team’s loss after the 2017 ICC Champions Trophy final also didn’t go down well. The Kumble approach does not work in Indian cricket.

Gary Kirsten was our most successful coach and he was also the most low-key and by and large stayed in the background.

2) Kohli wasn’t alone - other players had a problem too

If it was just Kohli versus Kumble, then you could put it to Kohli’s brashness, since Kumble is by and large seen as a calm guy. However, Kumble’s methods did not go down well with Team India which remained divided.

Everyone knows that a divided team is never good for any sport. One report said that as many as 10 players gave a “negative feedback” against Kumble to the Cricket Advisory Committee. If that’s the case, then it’s not Kumble versus Kohli, but Kumble versus Team India. There’s no way a coach can continue under such circumstances.

3) Kohli is currently our top performer

Right now Kohli is the centre of gravity of the Indian cricket team. He is performing well in all three formats of the game. He scored runs in the finals of the 2011 ODI World Cup and the 2013 Champions Trophy and we won. 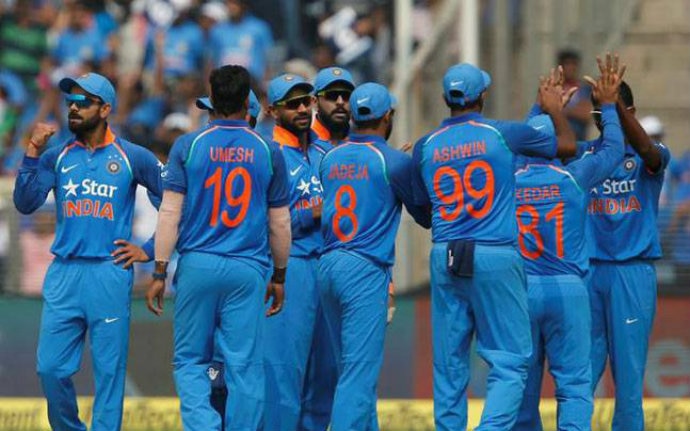 Apparently, Virat Kohli wasn't the only one who had a problem with coach Anil Kumble.

He failed in the semi-final of the 2015 ODI World Cup and the final of the 2017 ICC Champions Trophy and we got royally thrashed in both. Kohli is also our best Test player by a mile and there’s no way we can upset him.

Sourav Ganguly’s case in the past was different. By the time Greg Chappell came as coach, Ganguly’s form had deserted him and he had become lethargic in his approach to his captaincy. Had Ganguly been in great form, then Chappell would have been sacrificed immediately.

The 2017 Champions Trophy was Kohli’s first big tournament and he took India to the final. You can’t fault him for having one bad day especially because his record in bilateral Test and ODI series has simply been stellar.

Kohli has a whopping 76 per cent ODI wins as captain, and nobody comes close, not even Dhoni who was previously India’s best with around 60 per cent.

In Tests, he has a 16-3 win-loss record, which is also outstanding. It is quite unfair to remove him on the basis of one match and the latest tiff, especially because he was not alone in the team to oppose Kumble.

5) No replacement in sight

1990s stalwarts Sachin Tendulkar, Sourav Ganguly, Rahul Dravid and Kumble became captains one after another; such was the talent pool at that time. On top of that, Virender Sehwag, Yuvraj Singh and Gautam Gambhir were waiting in the wings. Even Harbhajan Singh led Mumbai Indians to a Champions League win.

However they all retired in the MS Dhoni era while Yuvi has been in and out of the team. Currently, Kohli stands like a giant among the younger lot. Rohit Sharma is a stellar ODI batsman and IPL captain, but he’s an uncertainty in the Test team.

Ajinkya Rahane is solid in Tests, but not so much in the shorter formats of the game. Shikhar Dhawan has been in and out of the team while Ravichandran Ashwin is not a certainty in ODIs. There are similar problems for the other players.

One can’t imagine Kohli, Dhoni and Yuvi playing under a new raw captain.

Team India has been on a roll since 2011 and we have won two ICC trophies, been runners-up in two and reached two semi-finals. We have been the most consistent team in international cricket.

After the freak 0-8 Test overseas debacle in 2011, we have settled down in Tests too. Many countries are uncertain of their team even six months before a World Cup. We already seem to have our team and captain in place for the 2019 ODI World Cup.

Mission 2019 is of paramount importance and we can’t jeopardise that.

7) Kumble had problems with the BCCI too

Kumble was also facing a tussle with the BCCI over salary structure and some have suggested that it played its part too in his exit. Kumble was not free of controversy in the past when despite dozens of applications, Tendulkar-Ganguly-Laxman picked “friend” Kumble and Ravi Shastri cried foul over his appointment.

The Supreme Court has taken over the running of cricket via the Lodha Committee and after that Ramachandra Guha quit in a huff. The messes are piling up again in Indian cricket and it’s time to clean them. Sacking Kohli would have created many more problems, but Kumble’s resignation reduced one mess at least.

As a bowler, Kumble has probably won us the most Tests ever. Yet he was totally overshadowed by the likes of Tendulkar. He had a short captaincy stint. Kumble was the President of the Karnataka State Cricket Association and tried to change state cricket with Venkatesh Prasad and Javagal Srinath. But even that was cut short.

Kumble is a thorough gentleman and a fine professional. But on top of the above even his brief stint as coach has come to an end, such is life!

#Champions Trophy 2017, #Virat Kohli, #Anil Kumble
The views and opinions expressed in this article are those of the authors and do not necessarily reflect the official policy or position of DailyO.in or the India Today Group. The writers are solely responsible for any claims arising out of the contents of this article.