Anil Kumble is old school, where pride and self-respect matter. As the Team India coach stepped down on Tuesday, there was a sense of disbelief all around.

After all, in his short and sweet stint as coach, lasting less than one year, the team had done extremely well at home in the ODIs and Tests against the visiting teams.

The timing of Kumble's decision to step down is hard to comprehend, and people should not confuse it with the reverse in the Champions Trophy final. If anyone has to take full blame for the thumping defeat to Pakistan, it has to be Virat Kohli.

It's strange how the last few weeks have been for Kumble. From the time the team left India for England, all kind of stories were doing the rounds. News reports without attribution said seniors in the dressing room were unhappy with Kumble.

Today, nobody needs to tell you and me that Kohli and Kumble, two strong individuals, never got along. That it could lead to a situation where one had to be sacrificed is very sad.

In this case, Kumble walked out on his own, though he would do well to tell cricket lovers what was it that prompted him to quit after having applied for the coach's job again.

The story of Indian cricket in recent times has a lot to do with how wrongly things are being handled. The officials in the cricket board (BCCI) are just not bothered. For them, their own survival is most important.

If you talk about the committee of administrators (CoA), Ramachandra Guha quit in disgust and Vikram Limaye, a financial brain, is on his way out. The CoA was mandated by the Supreme Court but has failed to do its job. And since they got involved with the cricket coach hiring job as well, they need to also accept blame for this mess.

As regards the cricket advisory committee comprising Sachin Tendulkar, Sourav Ganguly and VVS Laxman, they dragged their feet over the coach hiring for too long. There was no transparency anywhere regarding Kumble and floating new names as coaches must have hurt the former India captain-turned-coach.

One thought that when the previous avatar of the BCCI was in power, Indian cricket was in turmoil. Nothing has changed since then and if you leave aside performances on the field, administration-wise this is at its nadir. 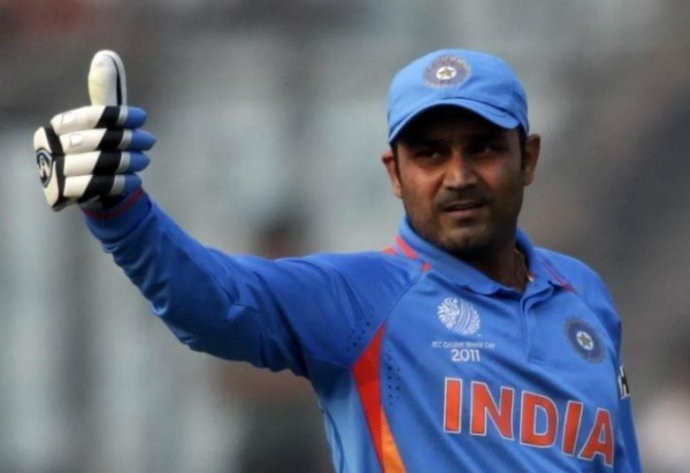 A new coach will be named soon and speculation is that Virender Sehwag is a front-runner. Photo: Reuters

Just to jog the readers' memory, when Indian women's cricket coach Purnima Rau was unceremoniously removed after the qualifiers in Sri Lanka in February and Tushar Artothe named captain, it was at the players' behest.

It's nice to pamper the captain and make him feel important but to give someone like Kohli unlimited power can be dangerous. He is a shrewd captain and has kept the flock together but part of his job also involves getting along with the coach.

Kohli has worked alongside Ravi Shastri before this and there seemed no differences. Even in the worst of human relationships, efforts are always made to keep it going. Sadly, in the Kumble saga, people will point fingers at Kohli for being brash and adamant.

In team sport, it's not possible to have all the men on the same page. And with Indian cricket management now in ruins, CoA, CAC and the BCCI should hang their heads in shame.

A new coach will be named soon and speculation is that Virender Sehwag is a front-runner. Knowing how dashing a batsman Sehwag was and how carefree he is in his social media posts, to see him in a serious role and work in tandem with Kohli will be watched closely.

The 2019 ICC World Cup is two years away. In the best of times, the BCCI never did smart planning. The time has come for close monitoring. If a coach as good as Kumble had to "retire hurt", then Kohli also needs to be made answerable. From today.

Also read: Why search for Team India's next coach is getting absurd