Anushka Sharma makes a come back nearly after three years on a Netflix movie, Chakda Xpress. But who is Jhulan Goswami whom Anushka plays in the movie and why is her life so interesting

Anushka Sharma has been busy since her last movie Zero (2018), co-starring Shah Rukh Khan and Katrina Kaif. And guess what, she is making her comeback in films with a biopic on one of India’s greatest women cricketers, Jhulan Goswami. The movie is called Chakda Xpress, and it will be on Netflix.

In a 1-minute teaser released by Netflix, Anushka Sharma is seen donning the Indian cricket team uniform with a sticker of Jhulan Goswami pasted on Sachin Tendulkar's jersey. This not only sets the tone of the movie, but also tells the state of women's cricket in the country.

But first, see the teaser.

So, who is Jhulan Goswami?

Here's a seven-point brief on the life of Jhulan Goswami, who Anushka plays in Chakda Xpress: The journey of Jhulan Nishit Goswami starts from a small nondescript district of Chakdaha, a district in Nadia, West Bengal. Born in a middle-class family, Jhulan Goswami started playing cricket at the age of 15. Up till then, she was more interested in football, just like the whole of West Bengal. It was only when she was watching the 1992 Cricket World Cup that she developed an intense fascination for the game.

Goswami was famous for playing cricket matches with the boys of her locality, which led her to the discovery of her talent. Once she was skillful in her game, she started attending cricket academy, for which she would take the morning train to Kolkata for training at South Kolkata's Vivekananda Park.

Former Indian all-rounder Devieka Palshikaar was on her tour and she had made an assessment of what Goswami was. The signal to the team from the coach was clear: Goswami was to be seen off, and the rest should be easy. 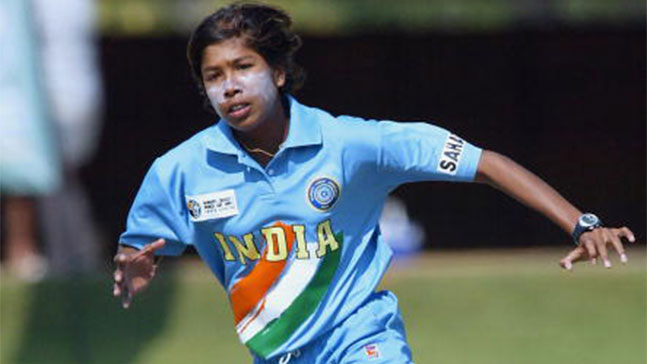 The final match was down to its final over. Batting first, Bengal had made 150 in 40 overs while Maharashtra were down with 17/5 in the first ten overs. Goswami’s spell had decimated the opposition tooth and nail. But the captain, Devieka Palshikaar made a stunning knock of 86 with her partner Sonia Dabir.

The Maharashtra team needed just 2 off the final over to win. But there was a twist. In-form Palshikaar was off the strike and her partner Mayuri Chavan was at the striker’s end. Jhulan Goswami had the ball in hand. She did the unbelievable. Bowling a maiden over, Goswami snatched victory from the jaws of defeat, scripting her way to the Indian team in 2002.

“I tried to keep strike on the last ball of the 39th over, but my partner Mayuri Chavan didn’t run, and she was on strike for the 40th over,” Palshikaar told Scroll in 2017.

In her glorious career of 16 years, Jhulan Goswami had 200 wickets in 169 One Day Internationals. Being a right handed batter and bowling right arm medium fast, Goswami is considered one of the greatest women fast bowlers of all time, and also one of the fastest bowlers in the history of women's cricket.

She received the ICC Women Player of the Year award in 2007, and the MA Chidambaram trophy for best woman cricketer in 2011. She was also the captain of the Indian women's national cricket team from 2008-11. In 2016, she was also ranked first in the ICC ODI women's ranking.

In 2010, she was conferred with the Arjuna Award and after two years in 2012, she was given the fourth highest civilian award, Padma Shri.

She is also the highest wicket taker in women’s one day international cricket.

Jhulan Goswami is regarded as the fastest women bowler of all time, and the fastest contemporary bowler after the retirement of Cathryn Fitzpatrick, former Australian woman cricketer who was also the fastest female bowler throughout her career.

One of the reasons why Goswami was able to climb the ladder of success is because she had a huge commitment towards her fitness. This is also why she was able to go past Fitzpatrick’s record at 34 only.

6. TIME TO LESSEN THE BURDEN In 2018, Jhulan announced her retirement from WT20 internationals, while she continues to play WODI for Team India.

Her performance in the WT20 World Cup was below expectations, where India lost to Bangladesh twice including the final. Her ability to penetrate the top order with wickets was low, including her skills with the bat. Thus, she decided to focus only on ODI as the Indian women's team doesn’t play tests now.

Along with Mithali Raj, Jhulan Goswami is the oldest cricketer in the current team set-up.