Like every other Australian and cricket lover around the world was shocked and angered by what we saw in Cape Town. To hear that the Australian cricket team had been involved in pre-mediated cheating is something that is embarrassing. There is no way you can condone it.

We are all so hurt and angry and maybe we weren't so sure how to react. We'd just never seen it before.

But the jump to hysteria is something that has elevated the offence beyond what they actually did, and maybe we're at a point where the punishment just might not fit the crime.

The hysteria has gone worldwide, and everyone that dislikes the way the Australian cricket team has played, and over the past five or so years there have been rumblings about the way this team has gone about things, have been given the opportunity to lay the boots in.

There are those countries that don't like Australia, don't like individuals in the team, and there has been a build up of hate which has exploded and created this tornado of hysteria.

But what are the players guilty of? Cheating via ball-tampering and bringing the game into disrepute.

Their opposing captain in this series, South Africa's Faf du Plessis, has been charged with the offence twice, and opening bowler Vernon Philander once. The list of players who have been charged with ball-tampering is long and contains some of the biggest names in the game, like Sachin Tendulkar and Mike Atherton.

For that reason, I don't think at the moment talk of the punishment is fitting the crime, ie, a 12 month ban.

They have been charged with breaching the spirit of the game, something that is so important to us Australians, and something which was important to every team I played in. At times we made mistakes, and we pushed things too far.

But the win at all costs attitude in modern sport can make people do stupid things. I think Steve Smith was guilty of making a severe error of judgement. He was naïve and you can't condone what he did. He'd be devastated. Let's look at his recent history though, as a captain, and a person. He's been fantastic for the Australian team. But he has made a very silly mistake.

I am still trying to wrestle with what I think the punishment should be. They have to be harsh, but if they are rubbed out for a year, the punishment does not fit the crime.

Let's take the emotion out of it. We are all feeling angry and embarrassed. But you need a level head and you shouldn't destroy someone unless they deserve to be destroyed.

Their actions were indefensible, and they need to be severely punished. But I don't think a one year ban is the answer.

My punishment would have been to miss the fourth Test match, a huge fine, and be sacked as captain and vice-captain.

But they should still be allowed to play after that.

Darren Lehmann has been cleared of knowing what went on too, which has surprised plenty, but that's all part of the hysteria.

It's easy to say "as if Boof didn't know". But all we can go is what we've been told. This is too big a deal, too big a story, there is too much at stake for the game and James Sutherland to lose - not tell the truth.

We are all struggling to believe what he said, that it was just the three players who knew what was happening, that the coach had to know. We all saw him on the walkie talkie. But you have to take James at his word.

In the teams I played in everyone has to be on the same page to get the ball to reverse. If one player shines it wrong, or gets the dry side wet, it doesn't work.

But the plan, throwing it in to the ground, bowling cross seam, whatever it was, it would have been set out a long time ago, not in the dressing room at lunch. So in this case, I can understand why a lot of people may not have known.

I feel for everyone involved, for Steve Smith and Dave Warner and Cameron Bancroft, and I know what they are going through.

When things like this happen, it comes at you from all angles and you think there is no way out. You start thinking about how to win back the trust, of your teammates and the worldwide public.

It happens, by way of your actions and time. 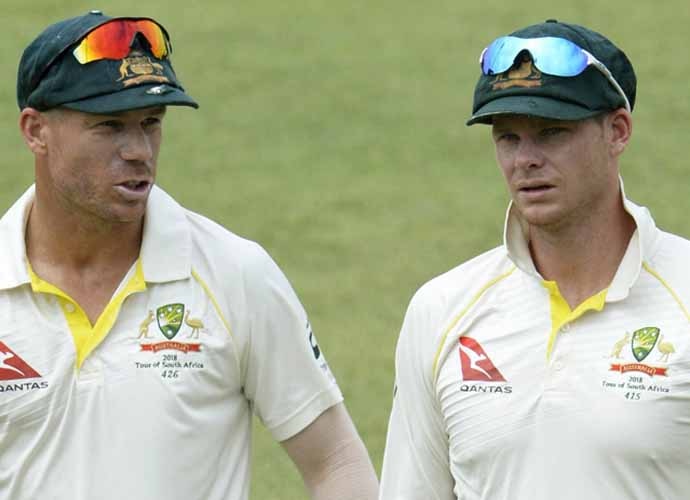 The Australian public can be harsh and judgemental. But time heals. What the public wants to see is a change. They want to see you make change, be a better person. They'll support you if they see that along with forgive you.

I made lots of mistakes in my life, and will continue to make them as it's called being human. I have always said to younger players, don't worry about how many runs you make or how many tests you play, people will always judge you by the way you play the game.

It's Australian to play it hard, and tough. But not win at all costs. And never cheat. Cheating is un-Australian.

We hold our sportsmen and women in such high regard, that's why this hurts so much.

But they can come back from this, and they will. Lastly, world cricket need to take this opportunity to set new standards for on field play and Australia need to lead the way and gain respect from everyone and give all the young boys and girls a reason to want to play cricket and be proud of our national team.