Even as we continue to debate if New Zealand should have won the World Cup instead of England, there are few players who will remain the undisputed masters of this year's tournament.

It is said that ‘excellence is doing ordinary things extraordinarily’. Cricket is a simple game often complicated by those who don’t get their basics right. World Cup 2019 brought the most talented cricketers on one stage, but only a few could maintain their focus on using their skills under pressure. Jasprit Bumrah and Ben Stokes were two shining examples of how hard work and consistency can make one reach the pinnacle of the game.

Besides playing at their peak, they often single-handedly won matches for their teams. Young cricketers are trying to emulate them, though the duo is still in their twenties, pushing themselves for greater glory!

The thrills, spills and controversies of the World Cup aside, the quality of cricket made fans fall in love with the gentleman’s game all over again. There were some memorable performances all through the championship. Rohit Sharma achieved the superlative feat of five hundreds in one tournament. Shakib-Al-Hasan was brilliant, both with the bat and the ball, becoming the biggest match-winner for Bangladesh. Then there was the resurgence of David Warner and the searing pace of Mitchell Starc. But it’s Bumrah and Stokes who were unmatched by their peers — and opposing sides were uneasy whenever they were in their element. Bumrah's is one of the best-handled careers by the Indian think tank, which is now notorious for frequent chopping. (Photo: Reuters)

Jasprit Bumrah plays for Gujarat in the Indian domestic circuit but made a name for himself in the IPL for Mumbai Indians. It is from here that he was fast-tracked on to the international scene. In his first couple of years, he was a hit and a miss. There were sporadic good spells but nothing that would lead somebody to feel that the lad was going to be the best bowler in the world. Bumrah and the Indian team management, however, thought differently. His is one of the best-handled careers so far by the Indian think tank which is now notorious for frequent chopping and changing.

Bumrah has the most number of maidens and the best economy rate in the entire competition where he bowled in nine innings and picked up 18 wickets at an average of just around 20. He was penetrative with the new ball and accurate in the death overs. If captain Virat Kohli was in trouble, Bumrah was given the ball and he never once let India down. No one can forget those perfect yorkers that cut the Bangladeshi chase short. As a tribute, it was obvious that batsmen from all teams preferred to play out his overs cautiously and attack the others in India’s bowling unit.

Despite the defensive mindset staring at him, Bumrah was the 5th highest wicket-taker in the World Cup. The dynamic duo of Johnny Bairstow and Jason Roy dominated all bowlers in the competition and made mincemeat of Indian bowling in their round-robin encounter. The lanky Indian star, though, had figures of just 44 runs in his 10 overs with 1 wicket of Eoin Morgan. No wonder, Bumrah features in the ICC’s World Cup team — the only other Indian to figure is Rohit Sharma. Significantly, he has inspired not just the youth but even the elderly. A Twitter GIF went viral where Sugantham, a 74-year-old lady from Chennai, is seen mimicking Bumrah’s bowling action, as she watches the India-New Zealand semi-final. Her daughter has revealed that the septuagenarian is deeply impressed with Bumrah’s performances! 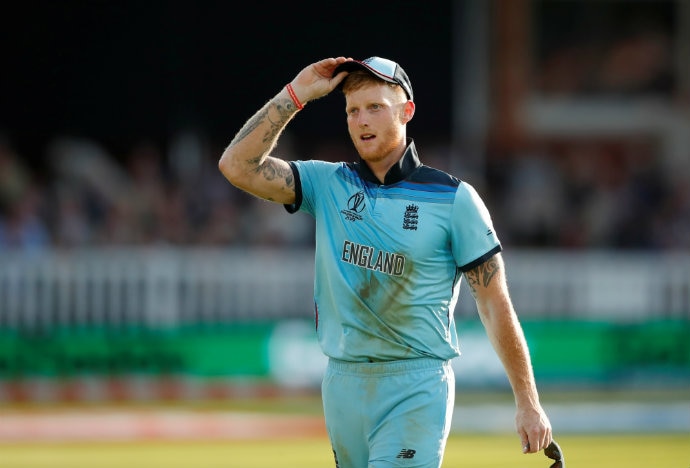 From being the man who cost England the T20 WC final to the man who won them the Cup this year, Stokes has come a long way in redeeming himself. (Photo: Reuters)

Then there is Ben Stokes who had ignited a huge row when he got embroiled in a bar brawl after winning a match in Bristol, two years ago. He wears his heart on his sleeve and one can read the situation of the game through his expressions. Stokes is the very reason that England can proudly hold the Cup in their hands. If it wasn’t for him and his mature batting in the final, England would have lost the golden chance to win the championship. His calmness at the crease along with his supreme stroke-play brings to England’s middle-order a formidable force that allows their openers to go berserk without any apprehension. Given his incisive bowling and athletic fielding, Stokes is always the man the team looks to when under pressure.

In the past though, Stokes wasn’t always this reliable. Most notably, in 2016 he flopped badly after being asked to bowl the last over of the T20 World Cup final against West Indies. Needing 19 to win, Carlos Braithwaite hit four consecutive sixes as Stokes failed to execute yorkers effectively. But on 14 July 2019, even as wickets fell all around him and England needed 15 off the last over to win the 50-over World Cup, Stokes stood rock solid and hit a timely six of Trent Boult. With stars aligning to give England the trophy, Stokes had redeemed himself with 84 not out and put to rest the ghosts of the horror he suffered in the T20 final. 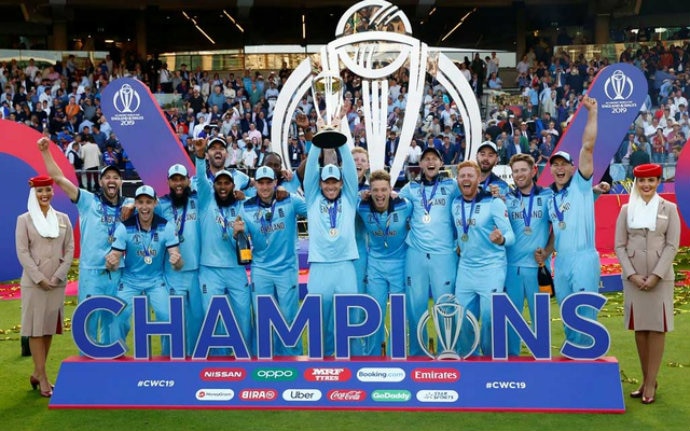 Yes, the game can have only one winner. But it sure has many greats in the making. (Photo: Reuters)

All through the tournament, whenever England had a bad start and needed a solid middle-order effort, Stokes put his hand up. He started with a clinical 89 against South Africa in the first game. Later, when Malinga rolled back the years to crack open the championship against the much-hyped English batting, Stokes remained not out on 82. He also spearheaded the chase against Australia in the league game with a sparkling 89 and was removed only by a Mitchell Starc special, which would have cleaned up most left-handers. His catch to dismiss Andile Phehlukwayo of South Africa may just be the catch of the tournament. Most commentators can’t stop gushing about him as he gives more than 100% on the field each time. In the team of the World Cup, ICC has rightly picked him as a part of the middle order for he has been simply the best!

While all sides aiming to lift the World Cup strive to achieve team consistency, it’s a few exceptional players who have the sublime gift to inspire their team in crucial moments — Stokes and Bumrah belong to this exalted category. The ICC owes much of their bloating sponsorship deals and TV rights to such players who have lit up the World Cup with their prowess. The hullabaloo of the blockbuster final may linger in public memory for the time being, but come next series, Bumrah and Stokes will bring back their attention to where it matters — on the field.

Their journey towards cricketing greatness is already underway and the World Cup has pushed it strongly in the right direction!

#Virat Kohli, #New zealand in finals, #England vs New Zealand, #Ben Stokes
The views and opinions expressed in this article are those of the authors and do not necessarily reflect the official policy or position of DailyO.in or the India Today Group. The writers are solely responsible for any claims arising out of the contents of this article.