How Bhuvneshwar Kumar is a treasure and must be used wisely

First, Bhuvi opens the bowling. Then he closes it. In between, when India loses its grip, he comes on to keep it tight. Often it's hard to tell what the fuss about Bhuvi is. Because if there's one thing that Bhuvi doesn't do is fuss about anything: whether he has the openers on a string (with his new ball swing) or whether he outfoxes the big hitters with his variations. It is beautifully bland, ball after ball, new thought after new thought, the celebrations and the hair colour are saved for others. It's almost as if Bhuvi never took the wicket and the catcher or the captain or whoever is topping the celebration charts did. 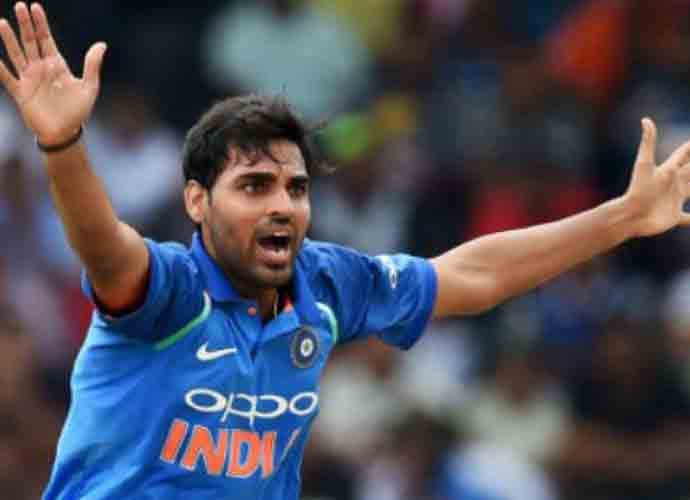 Yet it's a pleasure to watch Bhuvi across formats - the same ice cool but one sharp mind that adapts and switches his craft. He's a welcome exception to the hype of international cricket frenzies.

He's been many a captains' go-to guy. In Test cricket, especially overseas, it isn't uncommon to see Bhuvi bowl the bulk of the overs - in England, in 2014, in three Tests, Bhuvi was pretty much the bowling spine - 124.5 overs for his 15 wickets. Add to that three half centuries, 228 runs in the series.

In the recently concluded Test series, he had South Africa on its knees at 12/3, knocking over the openers and Hashim Amla. He played two out of the three Tests, finishing with 10 wickets and 101 runs at an average of 33 in a low scoring series. That he did not play in the second Test match, is still a sore point. By the time India won the Johannesburg Test, there were enough reasons to believe that Bhuvi and not Pandya is the all-rounder (at least in Tests) that India's looking for.

However, compared to Test cricket and T20I's, where his bowling average is 26 and 22, in ODI's, his average is just 38.31. He went wicketless in his last three ODI's vs South Africa. In six matches prior to that, he only took one wicket on each occasion (with a 1/92 against New Zealand in Kanpur).

Is there a case to use Bhuvi more effectively in only Tests and T20s? Or will he swing things back in one-day cricket too?

There is merit in caution, and India must decide whether they want Bhuvi the match winner (only yesterday he knocked SA over with his best T20I figures, 5/24) Of late, India has reaped the rewards of playing wrist spinners, Yuzvendra Chahal and Kuldeep Yadav over seniors, Ravichandran Ashwin and Ravindra Jadeja in ODI's and T20's. Jasprit Bumrah made his Test debut in South Africa - when conventional wisdom would've gone with the tried and tested, Ishant Sharma.

There's a long international season ahead, but before that, there's another pointless ODI series with Sri Lanka and Bangladesh. If India wants Bhuvi at his best, they may have to cherry-pick when they play him - and when they rest him.

It could well mean resting him altogether for the tri-series, because what follows is the IPL (where he was retained by his franchise, Hyderabad Sunrisers) a first Test against Afghanistan and the England series.

What India decides on doing with Bhuvi today, will have far-reaching implications in the years to come - and be the difference between a match-winner and just another economical bowler.

Time starts now. It's over to Virat Kohli and Ravi Shastri. Bhuvi is not from Mumbai or Delhi, he's from Meerut, he's soft-spoken yet articulate. There's a twinkle to the eye as there is to his bowling.

Also read: How World Number One Roger Federer has perfected the art of winning