Why was this Indian team made to rush in like fools?

What has happened to Indian cricket, and worse, what continues to happen to it, is far too obvious. Yet, in spite of these repeated transgressions, the commissions formed, the measures taken, the ultimatums given, cricket is run as it was – the faces may have changed, the faeces that we’re treated to, not too dissimilar.

Defeat is painful but far worse is winning against Sri Lanka. And how the cricket loving people of these two nations have been abused by re-match after re-match. It’s equally easy to not watch as it is to be at a cricket ground and still not watch.

I found out when Sajith and I made it to the Feroz Shah Kotla for the third Test. While Sajith is an NRI who has played at the Kotla, he had never seen an international match there. I volunteered to fetch water, food, just to unwatch a few balls either side of the break. But I’d make it back in time, and found myself staring at the sky or the scorecard – only to hear him gasp at a close miss, and be directed to the replay screens. It was the most tiring day of cricket I’ve been at – there was a buzz, Kotla was full, Kohli was batting blindfolded, he had dished out another Test century, Sri Lanka was clueless, I was equally clueless – “what were we doing here”, that could have been Chandimal, that could have been me. But that’s how it is, we all often find ourselves in silly situations. And somewhere down the line, the glory they supposedly bring upon us, lead to an inevitable downfall.

Life happens, breaks happen, bad scheduling happens, and then something bi-polarly opposite to playing Sri Lanka happens. It’s great to be happy, gung-ho, but positivity rarely masks the lack of preparation – more so in adversity. If Delhi’s pollution was a cruel joke, during which the Lankans played, often masked, the disrobing that followed in South Africa, was in many ways self-inflicted.

And there, those that supposedly claim to run Indian cricket, must be unmasked – and asked to answer, not by commissions but India’s cricket loving people, “what are you doing to our cricket?” And if the cricketers, former and present (whether they are on BCCI’s pay roles) must ask questions too. 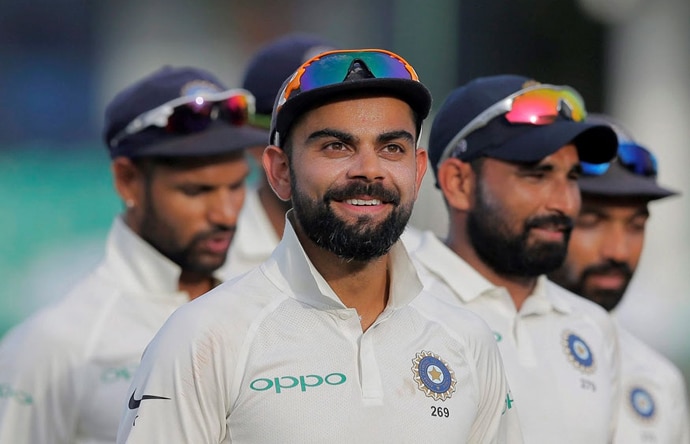 That’s how a cricket coup will happen in this country. When the business of cricket is not allowed to supersede the playing of cricket. For that, men that matter will have to rise. Greats who Indians worship must stand up.

The Lodha commission has done what it could. It wasn’t easy, there are far too many powers that work in mysterious ways, often beyond cricket but all too often in the realms of politics.

It’s not easy for a playing cricketer to take on these forces but in its captain and former captain, India has two hugely influential individuals who must mark their attendance for the cause of cricket.

Two weeks after this year’s IPL, India plays Afghanistan in a moronically scheduled Test match. A few days after that, they’re off for the captain’s favourite touring nation, the United Kingdom.

While we’re still in the midst of serving out a 25-year-old revenge to South Africa, there is much to ponder in the days ahead. That in spite of the best and bravest of intentions, one of which was to mark Bumrah’s debut, the other to mark Rahane’s absence; tactical manoeuvers have little chance of making up for preparation – of which, sadly there was little going into this series.

There was a cricket vacation against Sri Lanka that started almost ruefully with Eden’s surprises but flattened out on familiar roads. There was a media blitzkrieg for the captain’s wedding that might well have widened the gap between him and the ordinary mortals that are blessed to play with him. Ten cricketers are somehow trying to cope with a cricketing superstar on a daily basis. The one who had the cricketing flair and acumen, an overseas’ record to boot, was given the boot. India played the series without a vice-captain.

It was earlier in the piece, when KL Rahul, opening the batting, his muscles all tensed up, sensed a whiff of fresh air outside off, slashed at it, and choked. Or Pujara choked on wanting to be something he isn’t and ran against the arm of AB. When you sense there’s everything to lose, you often lose it. How or why this happened (and continues to happen) is for the puppet masters of Indian cricket to dwell on – but for that, they must be made to dwell.

Otherwise, we’ll never be too far from another quickly scheduled series against Sri Lanka, or whoever the BCCI deems fit to frolic in the smog.

The IPL Auctions are on 27th-28th January. By then, the final Test, starting on the 24th could well be over. That this Indian team may have made any gains in spite of its cricket administration will be no mean feat.

(PS: Even if Ajinkya Rahane had not scored a single run in the series, his fielding alone would have contributed more to this team’s efforts than the batting zombies that were made to streak through this series. That he sat out on a juicy Newlands’ wicket is surprising; that his omission was repeated in Centurion is beyond idiocy. This team management, like its cricket administration, has lived in a fool’s paradise for way too long. Introspection can never be a bad thing. It certainly beats gloating on being the No 1 team after beating Sri Lanka in made-to-order series.)