5 things to watch for in the World Cup: From India's Kesari jersey to the Afghan Debut, there's a lot that's new

As the cricket World Cup starts, here's a quick view of what you haven't seen before, and what you definitely cannot miss.

The team is only a decade old, they played their first match against Scotland in 2009 and since then, they have risen to be part of the ICC World Cup qualifying tournaments.

It was only last year that the country became the 10th Test-playing nation in the world. A few months back, they posted their first-ever win in the longest format with a triumph over Ireland in Dehradun. Afghanistan: The ones to watch! (Photo: PTI)

Some of the team’s players rose from refugee camps to establish a place for themselves in the national team; that includes Mohammad Nabi, Dawlat Zadran, Asghar Stanikzai and Shapoor Zadran. They open their campaign against defending champions Australia on June 1 in Bristol — but rest assured, they can spring a surprise.

Both the Australian batsmen are considered lethal when they get going. They will surely be looking to rev things up after they were suspended for 12 months over ball-tampering charges in South Africa last March. Back in the Game: Steve Smith and David Warner are making a comeback after a ban. (Photo: PTI)

During the warm-ups, Warner hit a quick 39 and Smith 22 in their first appearance for Australia against New Zealand on Monday.

The World Cup follows a round-robin format — 10 teams will play each other once. This means that one team will play nine games in this format. Two points will be added once a team wins a match and one point would be given to a team if there is a tie or no-result. The four teams with the maximum number of points will go on to play the semi-finals.

Just 1⃣ day to go for #CWC19 ????How do you think these standings will look after the group stage? ???? pic.twitter.com/Htks21eTyD

Just like T20 matches, if there is a tie, then a super over will come into place during the semi-finals and final to decide the winner. The ICC has only kept reserve days for semi-final and final matches.

Team India will have a pinch of saffron or orange on their jersey. With England, India, Sri Lanka and Afghanistan all sporting blue as their preferred colour, it is expected that India will wear a jersey which is dominated by orange more on the sleeves and the back. Cricket with a touch of Kesari! The colour orange touches the Team India jerseys. (Photo: BCCI)

The tournament is going to witness three big matches — first, England vs Australia which will take place on June 25. The rivalry between the two sides dates back to 1877 and the two sides have been competing in the famed series, the Ashes, since 1882. 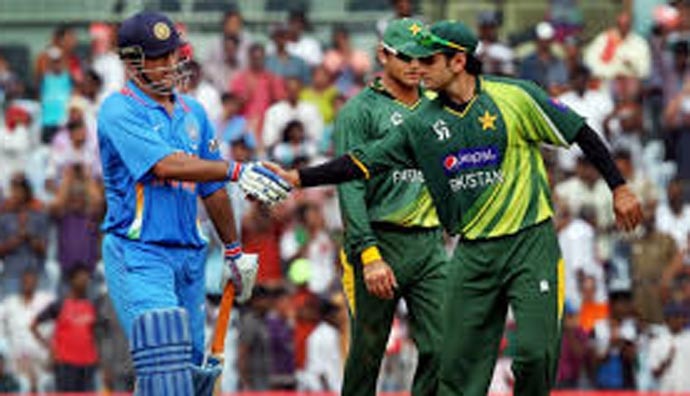 India vs Pakistan: A clash like none other. (Photo: PTI)

The second match is considered to be the biggest eye-catcher in the World Cup — on June 16, India will take on Pakistan.

India has never lost to Pakistan, but can they continue their unbeaten track record in this World Cup? It remains to be seen.

The last big clash is between Sri Lanka and Bangladesh, and it takes place on June 11. Since the past decade, huge anticipation from spectators marks this particular match.

Also read: When India Won the World Cup: My memories of Mumbai, April 2, 2011