Young master Rishabh Pant, The Avenger or our very own Rish Puttar?

Imagine for a moment that the Delhi Daredevils are the Delhi Defeatist Duds. OK, you don't have to imagine. They are. Defeat is part of their DNA. Oh, another D. Defeat, a way of life. Defeat that negates victory, and slays it if and when it hints at turning the tide. That each player, on signing up for the Duds, and being handed his cap, has the team's defeatist past instilled in his very being. "We've lost it," is the team motto.

Sounds dreadful? Not really. If and when hope may emerge, a key player will snuff it out. For argument's sake, let's call him Despair. Such players are always lurking, and handpicked for huge sums for a glorious cricketing past that is but a vague memory.

Despair will play so many games that the overall mood in the camp will be so gloomy that each player will start believing, "We've lost it". This will include players on the bench that are yet to play a match. Challengers of the Duds, who are part of the team, and show promise to turn defeat into something as hopeful as victory, are swiftly removed - either by non-selection, injury, personal matters or even conflict of interest - conflict being victory and defeat. They are rarely retained for the next season.

Midst of all this, there is a kid. A kid, because he's not really a boy, not quite a man. He's there. He got in through the DD cracks. He exists within the cracks. He goes unseen by the Dud police, he's invisible to their radars. 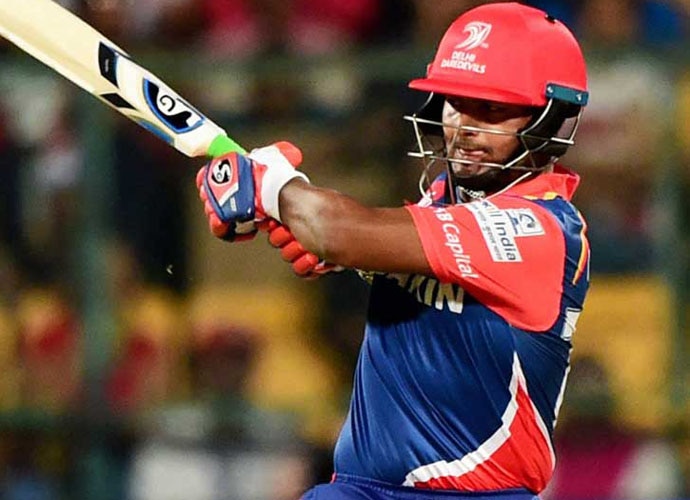 He is Rishabh Pant. The commentators still call him a teenager. Still others refer to him as "The boy who lived" or simply Rish Puttar (Punjabi for kid) or even Harry Potter. Rarely has a player survived the utter and complete despair of the Defeatist Duds - but here, he's even challenged and surmounted it.

There are jokes within rare light moments in DD circles that even though he wears the team shirt it is he who wears the Pant(s) in the team. Whatever. Such mirth is short-lived. A heap of wickets corrects any misplaced positivity. And then there is that other thing, every now and then, Rishabh wears a cap of a colour unlike that of his mates - it's called the Orange cap. There's nothing the Duds can do about it - as the League Dudes have placed it on his head.

There are other ways Rishabh doesn't confirm. He scores runs. Many, many runs. More than anyone kind of runs. That's what got him the orange cap. While the senior most batsman, who is called Max, but really should be called Min, scores very little runs - he is the core of the DD ethos, "Failure at all costs". He's always lurking.

On some days, such as when DD played the table toppers, SRH, in their own Dudyard, there was some misplaced hope. But before it could rub off from the DJ to the players, a few quick wickets went down. The third one, a run out, of the young captain, could have consumed Rishabh Pant. Which is when a Patel joined a Pant - and not Max or Min or whatever you want to call him. Maybe like Pant, Patel too came through a crack.

Rishabh himself is out of syllabus. He thrives on uncertainty like a superhero to an end-of-days reminder. Together, Pant and Patel, went their merry ways before the latter met with another dud of a dismissal - another run out.

Rishabh Pant went green, went Hulk, went nuts with anger. He was in Dudland but it didn't matter. Catharsis. Rish was a volcano, his bat meeting ball was an eruption of Hawaiian volcanic fury. The purge was on. You couldn't leave, fiery lava balls were flying every which way, over your head, into the dusty skies of Dudland.

It was spectacular, as often decimation this complete is. Rish's cannonball run took in its wake the best - first Rashid, then Bhuvi. Alongside Rish was Max (or Min) and in the kid on the other side, he saw a blurred glimpse of his glory days. And he hugged him as if he hugged his past self, as Rish raged on to his hundred.

But there's always a sequel in these fantastic superhero movies, and from the ruin, once again will rise, Rish puttar.

However true this may sound, some of this is a work of fiction. Only some though.

Also read: Hok Alingon: Where does a hug and a hissy fit leave ‘liberal’ Bengalis?