From the fan’s point of view, it’s good that we haven’t burnt any effigies and are applauding our team’s pluck. The Indian cricket fan has matured but the team…that’s a different story.

There was a time when the Indian cricket team was not known for flexibility. We were impressed with the proactive way in which the Aussies went about their business: making bowling and field changes when the opposition batsmen were set, the manner in which they avoided top and middle-order batting collapses (second nature to us), and how they never succumbed to the infamous Indian predilection to “snatch defeat from the jaws of victory.”

Things began to change under Sourav Ganguly, were consolidated under MS Dhoni, and by the time the (Virat) Kohli era dawned, the Indian fan can be forgiven for suffering under the delusion that the Indian team was showing shades of invincibility that paralleled Australia’s ‘Golden Age’. We had the talent and intent. There had been an irrevocable shift in ‘self-belief’ and ‘mindset’.

As this World Cup (WC) showed us, flexibility was what did us in. The think tank of the team was sucked into self-defeating whorls of over-thinking. The number four slot experiment continued for a year. Kohli insisted that whichever limited-overs series we were playing was nothing more than a lab experiment to test different players in different slots, with the WC being the larger goal. 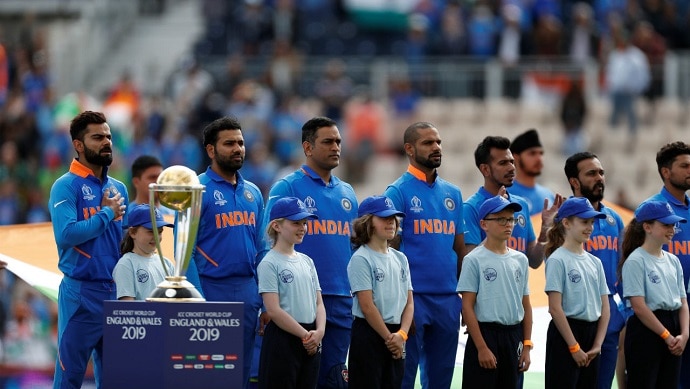 The Indian cricket team's selection process was a malady of errors. (Photo: Reuters)

Players came in, players went out, no one knew why. That the new-found flexibility had become a liability was proved on the day of the semi-final with the batting order being shuffled in panic, not tact. Team selection was a mess. Why was Mohammed Shami, our strike bowler, left out? Why was Dinesh Karthik in the team? Just play the game and stop obsessing about marketing jargon about ‘grooming’, ‘roles’ and what looks good on PowerPoint.

It was said in the run-up to the tournament that India had a problem of plenty. We failed to harness this problem of plenty. The two injuries to Shikhar Dhawan and Vijay Shankar were an opportunity to fix the balance of the team. We frittered them away. Which is why this defeat hurts.

India had talent. This business of horses-for-courses (Kohli’s phrase), of reflexive chopping and changing translated into the lack of psychological certainty, doubt and failure on the players’ part. Champion sides do not keep fiddling while the team burns. Champion sides are waterproof against conditions and situations. The same 11 is meant to do the job repeatedly; we could never make up our minds about the 11.

Mayank Agarwal who had performed so well as an opener against the moving ball in Australia during the 2018 Test series, and scored at a brisk pace, was not included in the original squad. It was 45 minutes of the moving ball that eventually did us in. 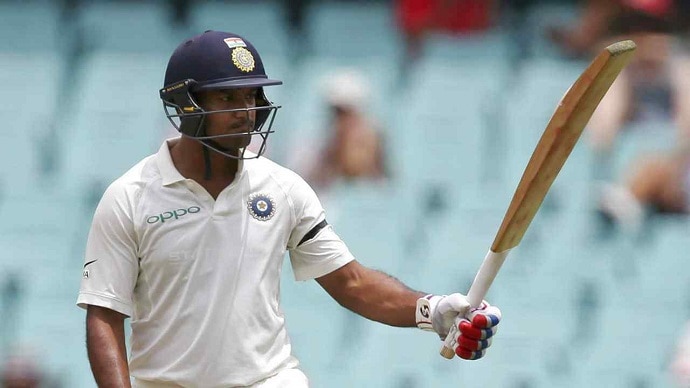 Not including Mayank Agarwal in the World Cup squad could have been the team's undoing. (Photo: Reuters)

The other problem with the Indian cricket team (and its fans) is sentimentality. Kohli’s approach to team selection was supposed to be ruthless. It turned out to be muddled. No one had a clear eye on what to do with Dhoni. He will decide. He has done so much for India. Dhoni had meanwhile transformed into a wizened Test player, a format he’s retired from. If cricket was a two-hour exam paper, Dhoni had got into the habit of answering the ‘easy’ ones early, leaving the important high-scoring questions for the last 15 minutes. The year gone by was a testament that Dhoni’s mind was bogged down with fine calculations seldom executed.

Ravindra Jadeja, like so many quality players, was constantly in and out of the team. He grabbed his chances when he got them in the semi-final but, eventually, he too was a victim of Indian sentimentality. When he scored his half-century, he was so infused with emotion (it showed in the ‘shruggy’ celebration) his eyes were searching for Sanjay Manjrekar in the commentary box. Manjrekar, famously, was having lunch. This rush of blood was to be avoided at all costs. India was not out of the woods. An English batter at this stage wouldn’t have bothered to stop to make a personal point to a commentator’s throwaway remark.

From the fan’s point of view, it’s good that we haven’t burnt any effigies and are applauding our team’s pluck. The Indian cricket fan has matured. No more displays of aggression by the new-age Indian cricket fans. (Photo: Reuters)

As the semi-final unfolded another Indian in another part of the world had made us proud. Dutee Chand, the 23- year-old from Odisha’s Chaka Gopalpur village, became the first Indian ever to win gold in the 100m race in a global meet. Dutee’s victory at the World Universiade in Napoli is symbolically far more important than any Indian cricket victory. She is India’s only openly gay athlete, who has been fending off a mean-spirited backlash from fans and family alike.

Her victory came against rivals from a sum of countries that is much larger than the four or five countries that cricketers are used to competing against. Her rise from a humble background, despite the odds, makes her a journey far tougher than any cricketer’s, cricket being the most pampered sport in India. 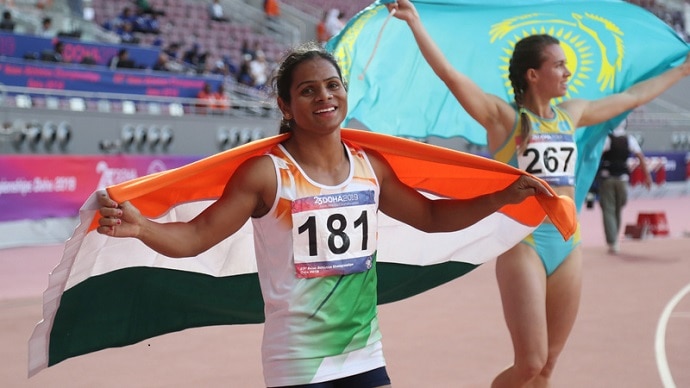 The fierce fearless embracing of her sexuality, spurred by the Supreme Court’s decision to abolish Section 377, truly symbolises the rise of ‘New India’ in a way that even an Indian victory in the World Cup wouldn’t have.

It stands for the victory of an individual, as opposed to a moralistic mob, in defiance of the hive mind’s prejudices, in a sport that is as old as mankind, but which, in India, continues to be played in the shadows.