Even today, an adda is incomplete without a fierce debate on the superiority of East Bengal and Mohun Bagan.

Every four years, a unique carnival occurs halfway across the globe. Our country is yet to earn the rights to enter the exhibition but when the exhibition is of football, how long can Bengalis stay aloof? Football invokes passion unlike any other game and people here wear their hearts on their sleeves. Football, like art and culture, has been part of Bengal’s tradition for ages. Even today, a Bengali adda is incomplete without a fierce debate on the superiority of East Bengal and Mohun Bagan. Pele and Maradona have been placed on the same pedestal as Chaplin and Satyajit Ray which is no mean feat in itself.

Football has always been the sport of ordinary men. While cricket grew under the patronage of Maharajas and rich Parsis, football was adopted as a means of pleasure for the general public. The game has been graced by a black diamond, an alcoholic wreck and a crippled street urchin who may not have got a chance in another game. Football treated them as equals and that added to its charm. Somewhere along the line, this sense of equality heightens the love for the game among people inclined towards equalitarian principles. 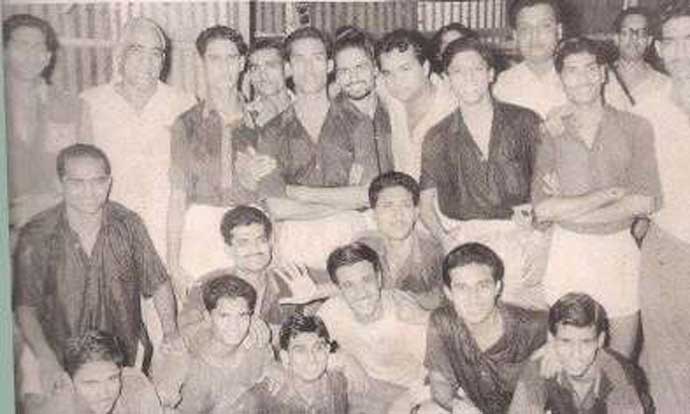 Football might not be the “Gentleman’s Game” but is definitely the “Beautiful Game”. As Oscar Wilde once put it, “Football is not a game for delicate boys but a game for rough girls.” Football is a game for the eternal dreamers.

Way back in 1911, with the nationalistic movement raging on, Mohun Bagan defeated East Yorkshire Regiment 2-1 in the IFA Shield final. Eleven barefooted dreamers shook the sense of propriety of the entire British empire. Long before the Non-Cooperation Movement, through a game of football, Indians found the belief to challenge the empire.

Gostho Pal, Shibdas Bhaduri and Sailen Manna were wizards with the ball. In fact, seeing their barefooted ball control, juggling and dribbling Europeans commented that only in India does one get to see real football; everywhere else, bootball predominates. 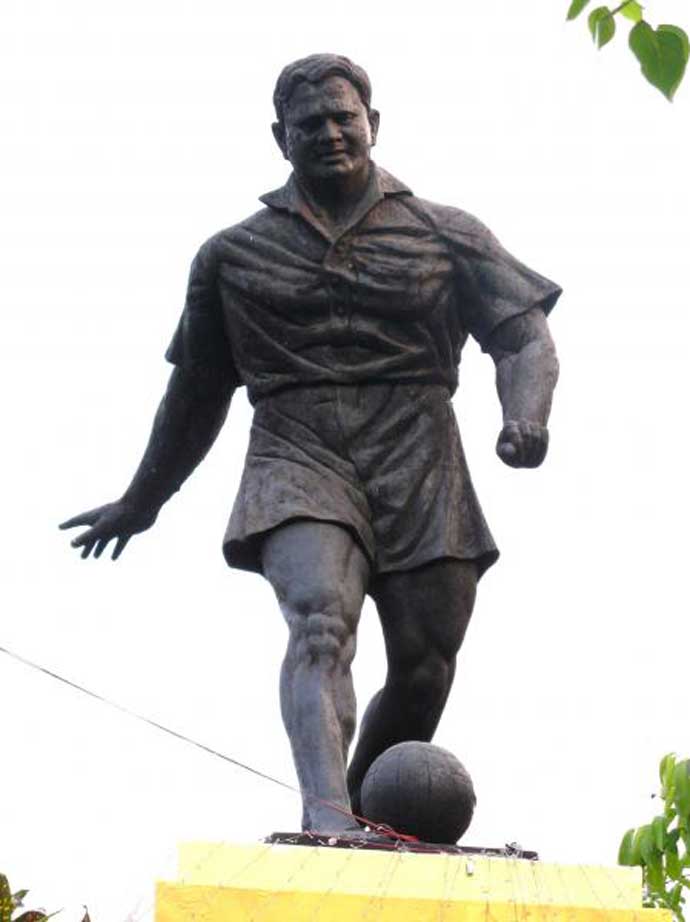 Till the late ’70s, television had not graced most of the houses in Calcutta. People were unaware of European Football and World Cup matches could be seen only in recorded tapes. However, the popularity of football was unmatched. People thronged to the grounds to watch Santosh Trophy, Durand Cup, Rovers Cup or even the Calcutta League matches. Representing Mohun Bagan or East Bengal was a footballer’s dream. Chuni Goswami, the iconic Indian footballer, had turned down an offer to play for English side Tottenham Hotspur in favour of Mohun Bagan.

The country saw its golden generation of footballers — PK Bannerjee, Balaram and Jarnail Singh — who brought honours for the country in Asian games and Olympics.

India won the gold medal in football at the 1951 and 1962 Asian games. The country finished fourth in football at the 1956 Olympics. India, for a period of time, was the best team in Asia. India had managed to qualify for the 1950 World Cup (Jules Rimet Trophy) but citing travel costs, preferring the Olympics to the World Cup, the team backed out.

To this day, we bemoan the decision taken 68 years ago. Puskas and Di Stefano were unknown to the majority of the population. Pele, Beckenbaur and Cryuff could be seen but in black and white, that, too, in repeat telecasts. However, in 1977, when Pele came to Calcutta to play a friendly match, the whole of the city turned up to see their hero who graced the black-and-white scrap books.

Pele, way past his prime, playing for New York Cosmos, put up an insipid performance in front of a voracious crowd. Mohun Bagan played their hearts out and managed to hold Cosmos to a 2-2 draw.

Later, in the post-match party, Pele embraced goalkeeper Shibaji Bannerjee, who had made an excellent one-on-one save.

That was Bengal’s first encounter with global football.

For most people in Bengal, 1982 was the first World Cup they saw live on television. Italy, backed by Paolo Rossi, won the Cup but Brazil won the hearts. The Brazilian team of 82 played to give people enjoyment. There were showers of passes with geometric precision, sudden bursts of pace and neat finishing which found the ball at the back of the net. Socrates, Zico, Falcao played with a lazy elegance that was intoxicating. Brazil’s football was different from the drab defensive tactics adopted by the other nations. It was poetry in motion. Although the team went out before the semi-final for years to come, the city would be theirs. Later that year, Francescoli came to the city to play for Uruguay in the inaugural Nehru Cup. It was in the Nehru cup that legendary Soviet keeper Dzagaev gifted his shirt to Indian counterpart Atanu Bhattacharjee.

In the 1986 World Cup, Maradona carried a mediocre Argentina team all the way to the title. His mazy dribbles, solo runs and pinpoint passes made him supreme while his emotional outbursts, moments of madness made him human. For that month, Maradona, the undisputed leader, was the prince of Calcutta. The city cried with him in the following world when a controversial penalty by Andres Brehme gave West Germany their third World Cup. Although Maradona’s downfall in 94 shook all of us, when the prince visited the city in 2008 the entire city came to salute their hero.

In the ’90s, the football lovers finally turned to European football. The slow pace of Indian football, arrival of frisky haired foreigners and decline of football standards led to this shift. Juventus, Manchester United and Real Madrid became household names. Ronaldo, Zidane Figo arrived through club football but it was their success at World Cups that catapulted them to global fame.

Roger Milla danced his way to our hearts, Escobars demise stunned us and we all shed a tear for Baggio as he missed from the spot in the World Cup final. Zidane silenced Brazil in 98 as well as 2006. What he did not know was half of Kolkata was left stupefied as well. While taking pride in South Korea’s performance in the 2002 World Cup all of us lamented the fact once India would beat South Korea regularly.

Tiki Taka, Messi, Ronaldo, Ballon D-or are common topics of discussion today as club football rules the roost. Supporting PSG, Bayern Munich or Barcelona is a status symbol for many Bengalis today. World Cup, however, is a different experience altogether.

The city is decorated in banners and posters of its favourite players. Flags of Argentina, Brazil and Germany make the city colorful. People come together watching their favorite teams play on projector screens. Euphoria and excitement go hand in hand in the month-long period of festivities. India’s flag is yet to be hurled, but we hope that however unlikely it seems, cometh the next World Cup, India will surely be among the 32 entrants. That is football at its very best; it gives us hope.

When Germany thrashed Brazil 7-1, Maracana was stunned into silence, but it was not only at Maracana supporters in Bengal fasted that night, calling it a Black Day. Messi took Argentina to the finals but a Mario Gotze goal in extra time ended the dream. Argentina would have to continue their wait of 28 years while Messi would have to endure criticism for not performing while playing for the national team.

Millions of young children cried for their idol as he went on stage to receive the runner-up trophy that night.

Four years have passed since and the World Cup is knocking at our doors again. The city, once again swaying to the Samba beats, is in a state of frenzy awaiting the onset of the tournament. Soon, the city will be divided into numerous fan bases — each cheering on their adopted countries but as a whole, we will stand united in our love for the beautiful game.

Also read: I watched Sunil Chhetri play for the first time. It was a night to remember

#East bengal football team, #Mohun bagan, #Football, #FiFA World Cup
The views and opinions expressed in this article are those of the authors and do not necessarily reflect the official policy or position of DailyO.in or the India Today Group. The writers are solely responsible for any claims arising out of the contents of this article.