Multiculturalism scores: Why inclusion is the biggest winner at the FIFA World Cup

Even when nationalities, colour and religion divides, Football finds a way to bring people together.

The beautiful game, or as it's popularly known, football, is more than just an ordinary sport.

With billions following the game, football's popularity spans across countries and continents helping it act as a great unifier of people and cultures. The biggest proof of this is the ongoing Fifa World Cup which is currently in its last leg with only the third/fourth spot game as well as the final left to be played.

Though on paper the current edition of the world cup is only giving teams from 32 countries the chance to showcase their talent, however, in reality, the tournament has given a lot more than 32 nations the chance to represent their people, cultures and ambitions.

And that is the beauty of football.

Even when nationalities, colour and religion divides, football finds a way to bring people together. It finds a way to help inclusiveness and multiculturalism score. 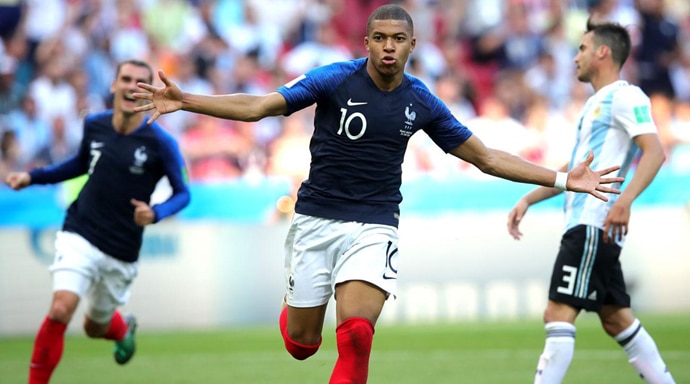 Shrinking the globe, one kick at a time

As this report from Quartz explains, the current world cup has been a truly global event, and not just a tournament where the Footballing elite joined together to kick ball while the rest of the globe watched on. One in 10 players playing at the World Cup were born outside the country they play for, with teams such as Morocco even fielding "foreign" born players from as many as 6 different countries.

The country's 23 person squad for the World Cup featured 17 players who were not born in the country – eight in France, five in the Netherlands, two in Spain, and one each in Canada and Belgium with the team coached by a Frenchman, Hervé Renard.

Even the instructions and team talks to the players were given in three languages: English, French, and Arabic as they spoke a mix of French, Spanish, Flemish, Dutch and German, but also Arabic and Tamazight, a Berber language spoken in parts of the country.

And these weren't the anomalies, as only 10 teams out of the 32 managed to field teams stitched from players born within their borders. The story of Morocco’s national team – and that of 21 other multicultural teams – at this tournament is one that describes how this was in many ways the world's World Cup.

More than giving players a platform to showcase their talents, this world cup gave the chance to their families and fans to celebrate the success of a country they are not just thousands of kilometers away from, but whose land they would possibly never even get a chance to set foot on.

Case in point, the French wonder kid, Kylian Mbappe, who despite being born in France and having come through the ranks at French club AS Monaco, and currently playing for the Paris Saint Germain, is being cheered on by millions across Cameroon and Algeria – the latter being the country of birth of his mother, while the former is where his father was born – in addition to his home country France at this world cup. 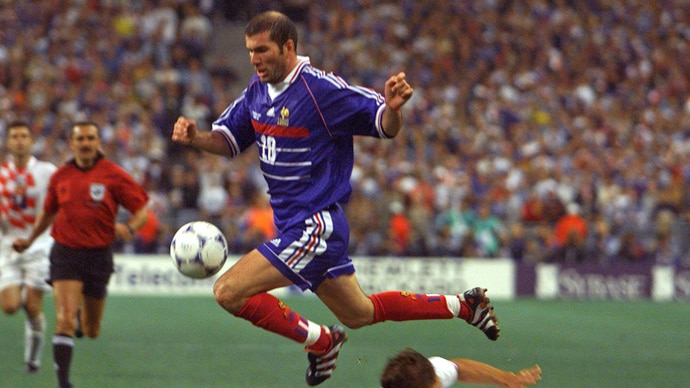 And Mbappe isn't the only one. Manchester United's Paul Pogba is another big name who will represent the Les Blues in the final against Croatia on Sunday despite having roots outside picturesque France. Interestingly, these two will join the likes of Patrick Viera and Zinedine Zidane – both players who have lined up for France in a world cup final despite having roots outside the country.

However, for most people who follow Football across the year, these stories will not come as anything special. Club football, which arguably enjoys a greater following than international tournaments, allows players from different nations to make up teams for the most prestigious clubs around the globe.

Teams like Chelsea FC, Manchester United, FC Barcelona and Juventus FC – clubs based in capitals of the biggest countries across Europe – currently sport multicultural teams of players from across all continents on the globe. And they do so in the face of xenophobic movements that are running havoc in the continent by seeking to alienate one human being from the other based on their race and religion.

Post your comment
#Mbappe, #Football, #France, #Multiculturalism
The views and opinions expressed in this article are those of the authors and do not necessarily reflect the official policy or position of DailyO.in or the India Today Group. The writers are solely responsible for any claims arising out of the contents of this article.