Chak Mat De, India: Not sending our football team to the Asian Games shows IOA is a sore loser

If dismal performance is reason enough to deny football players a chance to compete at a major event, the association itself should have shut shop long back.

Ever heard of sambo, pencak silat, kurash and sepak takraw?

These are among the sports, teams of which have been selected by the Indian Olympic Association (IOA), to represent the country at the Asian Games that kick off on August 18 in Indonesia.

Of course, you have heard of football. 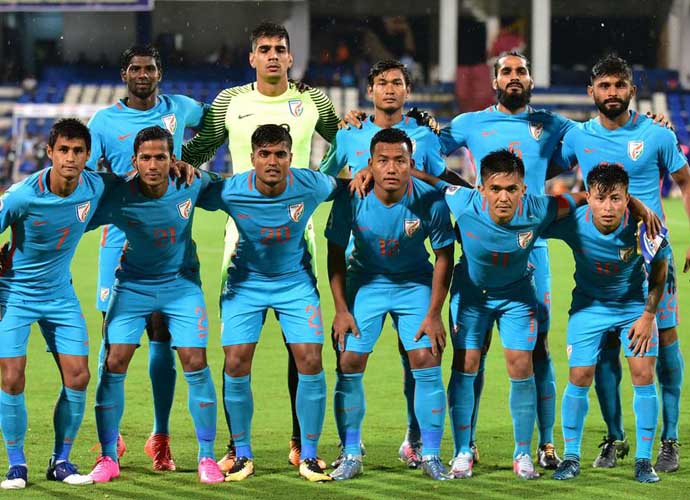 But this is the one sport that the IOA has decided India should not participate in at the Asian Games — both in the men's and women's categories.

The IOA believes the football team doesn't "stand a chance to compete for medals".

The decision comes as a massive setback for the All India Football Federation (AIFF), which was hoping to use the Asian Games as one of the key tournaments in the build-up to the 2019 Asian Cup.

The decision also comes as a setback for football lovers in India rooting for foreign teams in the FIFA World Cup year after year.

No, a ticket to the Asian Games doesn't automatically translate into a pass for the FIFA World Cup — but it sure gives hope that progress is being made.

And progress is indeed being made, even if the IOA doesn't care to acknowledge it.

The All India Football Federation (AIFF) made attempts to draw home this point to the IOA. But for some strange reason, the IOA failed to see the point at all. This, when football has been classified as a priority sport by the sports ministry. 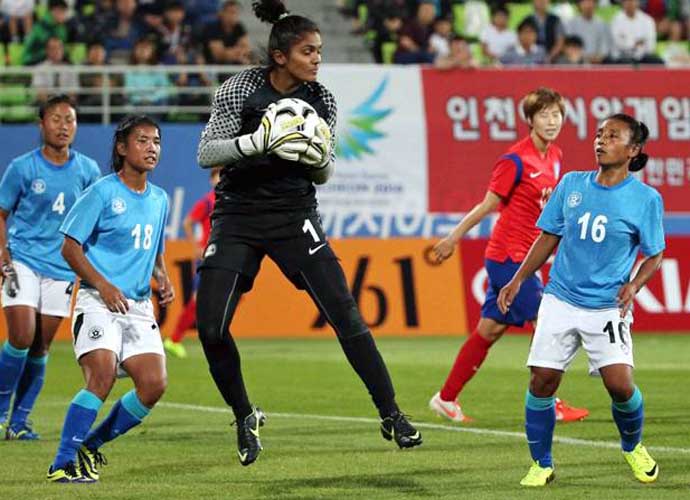 You can jump, and yet go nowhere. India's women's football team, 60th in the world, are 13th in Asia, but not going to the Asian Games.

The grounds on which the IOA has denied Indian football representation in the Asian Games in reality only holds a mirror up to the association.

If dismal performance is reason enough to deny football players a chance to compete at the prestigious event, the IOA itself should have shut shop long ago, its offices should have been locked up and the keys thrown in a deep sea.

An organisation that has been so deeply mired in corruption that it had to be suspended twice - once by the International Olympic Committee (IOC) for 14 months on charges of corruption, and then by the Indian sports ministry for brazenly endorsing both corruption and the corrupt.

The same IOA, which is so concerned about the Indian football team becoming an embarrassment at the Asian Games, has often come under the scanner for sending large contingents on junkets.

According to government guidelines, which the IOA has quoted in enforcing its decision, only those teams which have achieved a ranking up to eighth among nations competing at the Asian Games will be considered for participation.

These ministry norms have a precedence of being relaxed in the past but have been strictly enforced this time round.

The AIFF has claimed that while it sent two presentations to the IOA explaining why football needed to be treated differently and how the consistent progress being made could not be dismissed, the IOA did not bother to respond to the pitch made through the presentations.

The IOA's ground to deny the teams a spot in the Asian Games reeks of the venality beset in the way sports are treated in this country. While everyone rushes to reward the achievers — getting clicked with them and awarding cash awards generously for them — nobody stands up for those struggling to make a mark in the absence of both basic infrastructure and acknowledgement.

If winning was the only criteria that mattered, Afghanistan wouldn't have been swelling with pride over the strides made by its cricket team which didn't start as winners, but slowly got there.

You don't win until you play.

South Korea showed the door to Germany in FIFA 2018. We wonder how the IOA fails to see the point therein.

It's the sporting spirit that we have to learn to respect.

If the IOA can't see a point as simple as this, what business has it got to exist as a sports body anyway?

But there is one more department that needs to share the blame — the sports ministry, with a sportsperson at the helm.

Union sports minister Rajyavardhan Singh Rathore has changed the name of the Sports Authority of India to Sports India. Rathore has been so caught up with this name change business, as well as his impressive fitness challenges, that he has failed to intervene while the IOA exercised its "authority" so arbitrarily.

Clearly shows how 'unfit' our priorities are.

Also read: Amarnath pilgrims urinating in Dal Lake has outraged Kashmiris. But it's exposed them too