Hardik Pandya and KL Rahul were suspended over their comments on the TV show, Koffee with Karan.

In far away Sydney, Hardik Pandya and KL Rahul have smelt the coffee. The two cricketers had a rude wake-up call after their sexist, controversial and (some may say) tasteless comments on TV show Koffee with Karan.

Hardik and Rahul are fairly successful cricketers in their mid-20s. With multi-crore IPL deals and strong futures in international cricket, both men would have looked to a good start in the New Year after an ordinary 2018.

Good start? Forget it. Hardik Pandya and KL Rahul have been suspended and will play no role in the ODI series in Australia. Worse, the two will have to return home humiliated and disgraced.

Why? Because Hardik and Rahul boasted about their night outs on a TV show. Hardik Pandya and KL Rahul face suspensions for the comments made on the show. (Photo: Screengrab/ Koffee with Karan)

Hardik's comments were cringe-worthy. Yes, I give you that. The way they discussed women... the way they recalled their sexcapades. It was brazen, tactless and showed a genuine lack of class.

Sample this from Pandya: "When I lost my virginity, I came home and said, 'Main karke aya hai aaj (I had sex today)'. At a party, my parents asked me 'acha tera wala (women) kaun sa hai [who is your interest here?] so I said yeh, yeh, yeh (pointing out women)' and they were like 'waah proud of you beta'"

After an uproar, Hardik Pandya said sorry. He apologised to his teammates and replied to a show-cause notice by the Committee of Administrators (CoA).

Now, this is where it all heats up. The CoA wasn't satisfied. They are now baying for blood. The two-member CoA, originally tasked with implementing the Lodha reforms, has now suddenly taken on the role of Indian cricket's moral police.

Vinod Rai recommended a two-match ban for Hardik and Rahul. All for what? Did they go and sell their country? Did they cohort with bookies? Did they conspire to fix matches? No, because Hardik Pandya and KL Rahul spoke their mind. Because they chose to go on a show and talk rubbish not anyway famous for spirituality.

While Vinod Rai spewed venom and fumed at the crass comments, the other half of CoA - Diana Edulji scurried to seek a legal opinion. Can we punish Hardik? Can we ban Rahul? Can we ask the two to return home? For what? The CoA has long since deviated from its original objectives.

And oh, what can you say about BCCI? A senior official has given the whole affair a ghastly little twist. The treasurer fears Hardik and Rahul could now be perfect targets for honey traps? Why? Because the world knows these guys love hanging out at nightclubs and love the company of women.

BCCI needs to get its act together. This Hardik-Rahul controversy is becoming ridiculous. We are becoming the laughing stock of the cricket world days after a historic triumph. The Indian board with all its might is trying to silence two young men who were not scared to say what they wanted to.

And you wonder why these cricketers sound so boring and so tutored during interviews? This is why? Because BCCI has for years muzzled their voices.

Hardik Pandya and KL Rahul have committed no crime. Yes, you could question their morals. But morals did not get them where they are. 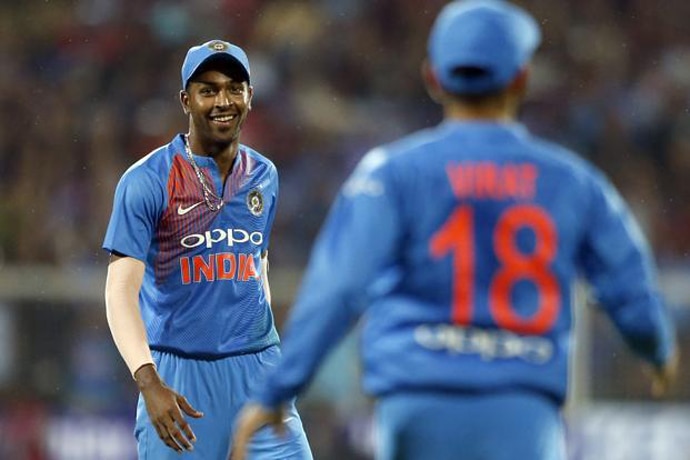 Hardik Pandya and KL Rahul play for India because they are skillful cricketers. (Photo: AP)

Hardik Pandya and KL Rahul play for India because they are skillful cricketers. Period. As long as they do their job on the field, train hard and stay away from the damned bookies, they should be left alone.

This has been a stunning few days. From the highs of the Test series win to the lows of Koffee with Karan. And just when you thought Virat Kohli would have put an end to this nonsense in his press conference, the India captain went and slammed his players: We do not align with their views.

Really? What happened when you decided to flip the bird to the crowd in Australia? And skipper, your chaste Hindi abuses on the field are anything but impressive.

This has gone far enough. How about Virat Kohli calling Rahul Johri, asking to put a stop to this circus? Only if it was that simple. But since when were things ever simple in Indian cricket?

Also read: Hardik Pandya and KL Rahul chatting with Karan Johar is not for the faint-hearted

Post your comment
#ODI, #Koffee With Karan, #CoA, #BCCI
The views and opinions expressed in this article are those of the authors and do not necessarily reflect the official policy or position of DailyO.in or the India Today Group. The writers are solely responsible for any claims arising out of the contents of this article.