Watch out for Hima Das, the star and the brand

In a nation starved of sporting icons beyond cricket, more so female ones, the attention directed towards Das is much-welcome news. It helps that Das is not averse to being in the limelight.

We all are under Hima Das’ spell and we don’t want her magic to fade. With Tokyo 2020 Olympics less than a year away, India’s elusive dream of a medal in track and field at the biggest sporting stage no longer seems unattainable. In Das, we believe.

The Assamese sprinter is winning hearts with her exploits on the track — five gold medals in 19 days — in international meets. The Dhing Express, as she is popularly known, finished first in the 400m race at the Nove Mesto nad Metuji Grand Prix and the 200m race at the Tabor Athletics Meet in the Czech Republic. We may not get live coverage of her stellar performances but Das is keeping Indians informed through social media. 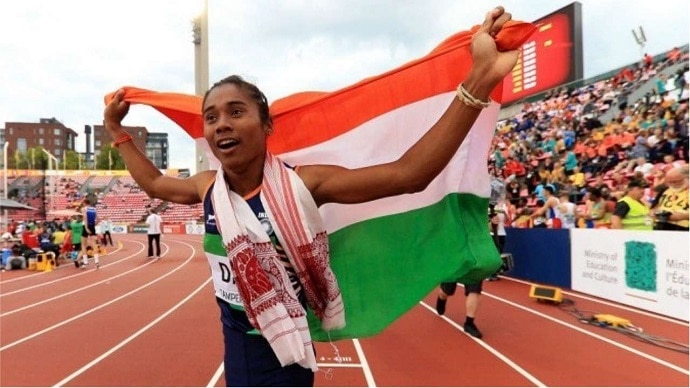 Going by her rising following on Twitter, India is taking cognisance of Das’ stupendous efforts. From PM Narendra Modi and President Ram Nath Kovind to cricketer Sachin Tendulkar and actor Amitabh Bachchan, the applause is pouring in. And just like that, the cricket-crazy nation is now in tune with developments in the world of athletics, a discipline long sidelined after the retirement of the legendary Milkha Singh and PT Usha.

Hima’s vibrant personality shines through on Twitter where she appreciates all the love that comes her way. KL Rahul gets a “Thank you bro”, Rajkummar Rao is referred to as ‘bhaiyya’ and Kapil Sharma gets acknowledged as ‘Sir’. With denizens of her home state battling floods, the 19-year-old donated half of her monthly salary as an officer in the Indian Oil Corporation to the Chief Minister’s Relief Fund.

I have contributed my bit and requesting others also to please help people of Assam. #AssamFloods https://t.co/y7ml1EMGzG

Many are rightfully acknowledging that a sports brand is on the rise. Neerav Tomar, MD at sports management firm IOS, which represents Das, says her endorsements have gone up “from about Rs 30-35 lakh a year per brand to about Rs 60 lakh annually”. This is still a pittance compared to the money that top cricketers make. But in a nation starved of sporting icons beyond cricket, more so female ones, the attention directed towards Das is much-welcome news. It helps that Das is not averse to being in the limelight.

Can she keep up the momentum? Age is by her side and she’s got plenty of spirit too. By qualifying for Tokyo 2020 she can give a billion Indians something to cheer for.

Also read: Hima Das controversy: Why we are so quick to judge and question the dedication of our sportspersons