Srikanth has shown a big-match temperament, which came to the fore in the semi-finals, when he beat Prannoy in Paris

There can be no doubt this year has marked the rise of Indian badminton in a truly emphatic manner. Over the years, one has got used to seeing Saina Nehwal and PV Sindhu pocket titles in the international arena. From professional tournaments in the badminton tour to the Commonwealth Games and the Olympics, the two women made the world sit up.

Yet, the way Kidambi Srikanth and HS Prannoy have exploded on the international stage has given an altogether new dimension to Indian badminton. The aggregate of 12 big titles won by the Indian shuttlers in 2017 has been defining.

Apart from Srikanth's four big titles, Sai Praneeth has won two, Prannoy one, and so did Sameer Verma. PV Sindhu was not behind, winning three big titles, apart from a silver at the world championships. Saina Nehwal has one title to show till now. Indeed, four Super Series titles for Srikanth has been the icing on the cake in a year when we did not have the Asian Games or Olympics. 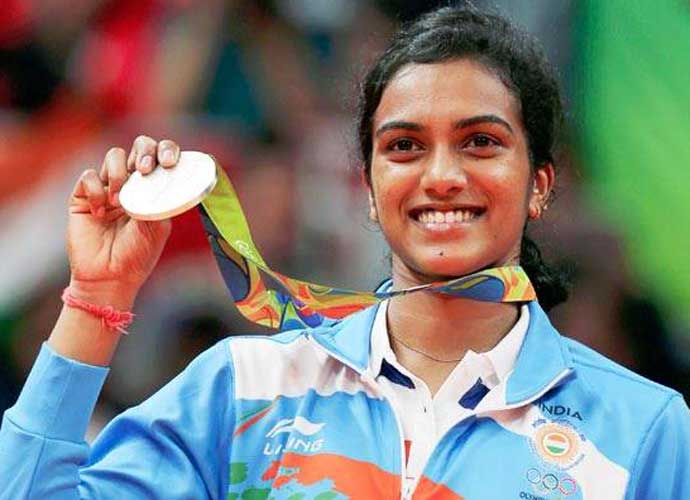 PV Sindhu became the first Indian woman ever to clinch a Silver medal at the Olympics. Photo: India Today

At the same time, what has caught the imagination of badminton lovers at home and abroad is how Srikanth and Prannoy have been gunning for big wins with insatiable hunger. This year, Lee Chong Wei, Chen Long and Lin Dan have faltered, so going by the lofty standards they had set, it's the rise of a new order, which is interesting.

Srikanth has found the going good because he is now playing at a level which few have seen from Indian badminton in the men's section. The young man has given interviews galore and has said that he is a Roger Federer fan. Now, when you are going to model yourself on tennis's Swiss maestro, inner calm, coolness and burning hunger to win gets further amplified.

Srikanth has shown a big-match temperament, which came to the fore in the semi-finals, when he beat Prannoy in Paris. The best part about the sudden ascendancy in Indian badminton is how players are pushing each other so hard. In the past, Indian badminton was all about one star player emerging and shining like a beacon.

If Prakash Padukone, the former All England champion, defined manners, etiquette and how even a mild-mannered person could triumph at the highest level, Pullela Gopichand repeated the feat at the All England a few years later.

Prakash was very much in the Ramanathan Krishnan or Ramesh Krishnan mould. Touch, artistry and finesse defined his presence on the court, with which he demolished the opposition. Gopi was unlucky he sustained a knee injury and could never maximise his performances. He had great potential.

Today's badminton players at home in the men's section are very different. Given the way the sport has changed and speed has become an essential ingredient in it, there is very little scope for artistry. Yes, in fast rallies, you can indulge in a bit of deception now and then. But that cannot be your basic game. At home, in cricket and hockey, we hear about the yo-yo test to determine how fit a player is. Perhaps, no one has bothered to talk of something similar in badminton.

If there has been a huge shift in training methods and preparation, the emphasis on speed, fitness and power is there for all to see. If you had happened to watch Srikanth versus Prannoy in Paris or how these players keep gunning for each other in practice sessions at the Gachibowli training centre on the outskirts of Hyderabad, you will get an idea about the method in madness.

All this has not happened overnight. We saw the women rising to the top since 2010, when Saina won the Commonwealth Games gold in New Delhi. The men have also been training hard for almost a decade under Gopi, and results have started coming more frequently.

If there is one player who has lagged behind, it has to be Parupalli Kashyap. He has been hit by injuries but with training for one sport in India at peak, keeping an eye on the next Olympics, the depth in men's badminton promises even more.

The Verma brothers also have potential and Sai Praneeth is there for company. If Sindhu was the superstar in 2016 by virtue of her silver at the Rio Olympics, Srikanth and Prannoy are waiting for the big ones next year at the Asian Games and then the Tokyo Olympics in 2020.

Winning titles in the professional tour is very different from the Asian Games or Olympics. And this is why a Srikanth or Prannoy are not going overboard talking about their results in 2017. This breed is not going to be content with results achieved. Their hunger makes a nation craving for more Olympic medals happy.

Also read: When we learnt to laugh with Ashish Nehra and not at him