Chairman of the selectors MSK Prasad was found struggling for words and ultimately fumbled answering a question on Ravichandran Ashwin and Ravindra Jadeja's continuing absence from Indian white ball scheme of things.

"When we rest... (stutters), when we excluded them, we made it clear two or three youngsters were being given opportunities and makes sense in giving them long rope," said Prasad. Compare this with a question I posed to Virat Kohli in April, if finger spinners can still have a way back in white ball cricket for India and his reply: "The whole world was going with wrist spinners and we didn't want to hold ourselves back. There was no reason to not bring in a change which was working for every other team in world cricket." 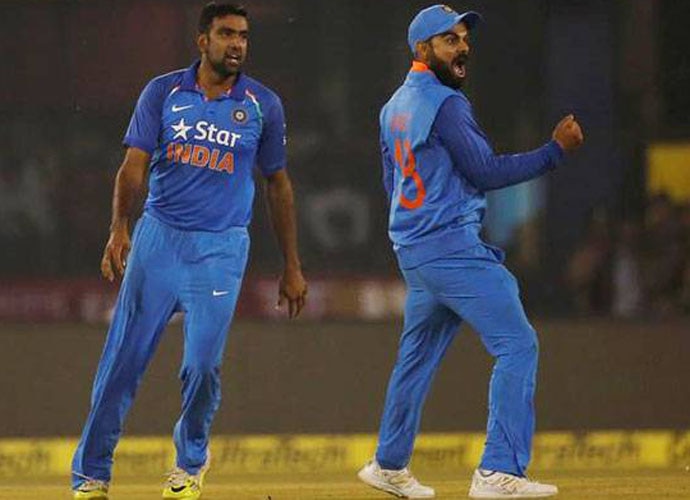 "The way the game is evolving because of T20 cricket, Test and ODI cricket have become faster. So you will have to get unconventional bowlers to counter that. There is no other way because the batsmen have become so fearless that you will have to bring in an X factor."

When bowlers go up, batsmen will bring in something. That's the beauty of this game. It's part of evolution. Kuldeep Yadav, Yuzvendra Chahal and Jasprit Bumrah are examples of it.

Clearly, while the captain could not have forced a change without the support of the selectors, why should the selectors sound so indecisive?

Can this be attributed to the chief selectors' inability to articulate his thoughts as opposed to Kohli's straight talk? Or does this indicate how Kohli, now at the top of his game as a player and captain, is dictating policy decisions around selection as well.

Even if that is the case one should not complain as long as Kohli gets it right as has been the case with his choice of spinners.

With Washington Sundar now picked as the third spinner ahead of Ashwin, Jadeja and Akshar Patel for the England tour, it's evident he's now the third choice for a spinner after behind Kuldeep and Chahal.

Looking at the performers in IPL, this year, with mystery spinners like Rashid Khan, Mujeeb Ur Rahman and Sunil Narine even more productive than Kuldeep and Chahal, the selectors.. err... the captain should stay on the lookout for more mystery hands to bamboozle the opposition, come time World Cup 2019.